Imo businessman yet to regain freedom after N1.5m ransom 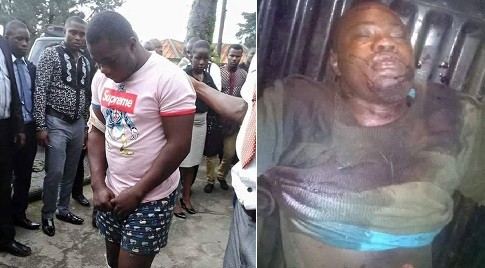 The abductors of a businessman, Paul Kpaduwa, based in Anara in the Isiala Mbano Local Government Area of Imo State had yet to release him after his family reportedly paid N1.5m as ransom to them.

Our correspondent learnt that Kpaduwa, was kidnapped around 9:30 pm on Saturday in his house in Umudo village in Anara community upon his return from the day’s work.

A family source who pleaded anonymity told our correspondent on Thursday that the businessman was whisked away in his car by his abductors who laid an ambush at his gate.

“we only saw his footwear, meaning that he must have struggled with them before they took him away in his Camry (tinny light). His rooms were equally ransacked, where valuables were taken. We met the gate and doors to the rooms wide open, “The family source told our correspondent.

He said that the kidnappers later established contact with them and they were able to speak with their brother.

He said on Monday, as instructed by Kpaduwa, N1.5m was withdrawn from his bank accounts and given to the abductors at Orodo in the Mbaitoli LGA of the state.

“They contacted us on Monday and we were able to speak to our brother through his mobile phone. Paul, instructed us to withdraw all the monies in his account so that he can regain his freedom. N1.5M was withdrawn from his two accounts and taken to the kidnappers in Orodo in the Mbaitoli Local Government Area of Imo State.”

The family source, therefore, expressed worry that since the ransom was paid, they had yet to hear from the abductors or speak with their brother.

On  April 3, 2017, Paul’s cousin, Ben Kpaduwa was kidnapped at his place of work in Anara.

He spent several days in the forest before he was rescued by the police after a gun battle with the kidnappers. One of the abductors reportedly died in the gun duel

The Police Public Relations Officer in the state, Andrew Enwerem, said that the CP had ordered the victims rescue unhurt within the next 24 hours.

Enwerem, said that the police were working closely with the family to ensure that he was reunited with them as quickly as possible.