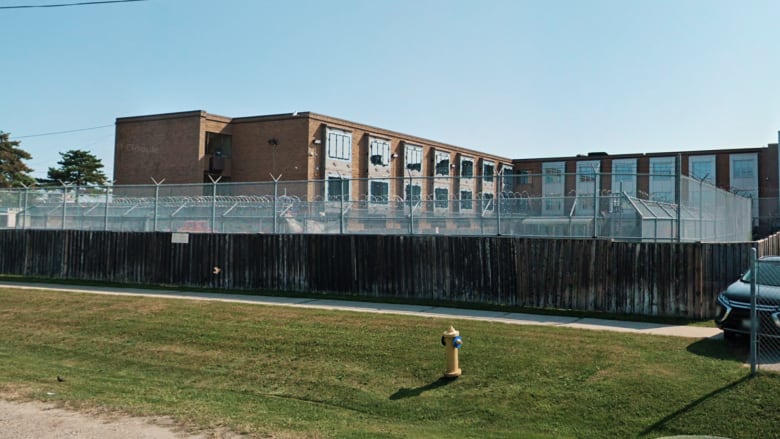 The Canada Border Services Agency (CBSA) is emptying out its detention centres and finding alternatives to keeping detainees behind bars until they can be processed.

The reason is to prevent the spread of the coronavirus that causes COVID-19. But advocates say it has been a long time coming, and they hope it will pave the way for a new approach in the future.

Here’s a look at the numbers at the beginning of November:

For years, lawyer Pierre-Olivier Marcoux has been pleading for the release of immigration detainees.

The Montreal legal aid lawyer, who specializes in immigration law, can’t believe it took a pandemic to get people out.

“It’s in the interest of my clients to be free,” said Marcoux. “But it’s still incredible that all of a sudden, because of a virus, we want to detain the smallest number of people possible.”

Between April 2019 and March 2020, CBSA put 8,825 people, including 138 minors, behind bars, under the Immigration and Refugee Protection Act.

Among them, for instance, were asylum seekers who did not have all the necessary identification papers, foreign workers whose visas had expired and people awaiting deportation. Most of the children in those holding centres were there with a detained parent.

Close to 2,000 of them — more than one out of five — were locked up in provincial jails, either because the CBSA holding centres were full, there were no centres in their region or the detainee’s file had a link to criminality.

But as of last week, there were only 94 immigration detainees in provincial jails.

‘Doesn’t come from the heart’

Patrick (an African national that Radio-Canada agreed not to identify because his immigration file is still being processed) described the months he spent last year in the Laval immigration holding centre, a detention facility surrounded by barbed wire, as “a traumatic experience.”

He said his every move was watched by security officers, his hands and feet handcuffed every time he was transported outside the building for appointments with Immigration, Refugees and Citizenship Canada.

While Patrick was happy to see other asylum seekers like himself being released while waiting for their case to be processed, he’s disappointed it took a pandemic to make it happen.

“It doesn’t come from the heart. It’s not because the border officers believe detention is inhumane. No, it’s because they’re forced to do it,” he said.

The vast majority of people imprisoned by CBSA do not represent a danger to Canada, according to its own reports. In 85 per cent of cases, people are detained because officials fear they won’t show up for their immigration proceedings.

“And yet we are treated like criminals,” said Patrick. “Extreme measures are used on people whose situation is irregular, whose only ‘crime’ is often to be lacking Canadian papers. For those who believed that Canada was a human paradise, it’s a shock.

“We come from countries where there is police and military abuse. We arrive here and what do we see? This country that is supposed to be one of the most developed in the world does the same thing.”

Lawyer Marcoux said, “It’s often more difficult to secure the release of someone held for immigration purposes than on criminal charges.”

He gave as an example the fact that an immigration detainee is more likely to be released if a bondsperson is willing to host the person in his home while the file is being processed, on top of putting up money as a guarantee.

In criminal justice, the bondsperson is usually not expected to shelter an accused awaiting trial.

Since the beginning of the pandemic, Marcoux noted that alternative solutions to migrant detention are more easily accepted. It’s proof, he said, that detention can be avoided as is prescribed in international law.

Alternative solutions can be approved by CBSA as well as by the Immigration and Refugee Board of Canada.

“CBSA has been sending us an increasing number of people so it can empty the holding centres,” said Samira Figuigui, executive director of the John Howard Society of Quebec.

The organization has been overseeing a migrant-monitoring program in the community in partnership with CBSA since summer 2018.

However, the program has seen an upsurge since the pandemic.

In early March, the program had about 10 active files. It has since doubled.

Under this program, a detainee who is released from the Laval holding centre has to agree to a set of conditions, such as reporting to the organization every week, doing volunteer work or finding a job (if they are legally allowed to do so) and undergoing therapy, if applicable.

Since the program’s launch, the organization admits that it has lost track of two people: one who suffered from mental illness and another one who had a drug problem. According to Figuigui, neither represented a threat to society.

The border closures due to the pandemic have dramatically slowed deportations, but they have also greatly reduced the number of new refugee claims.

If and when travel returns to normal, advocates hope mass detentions will not.

They also hope the federal government has learned from this event and that it will maintain the increased use of alternative solutions, as they have called for over the years.

Jean-Claude Bernheim, president of John Howard Society in Quebec, said he thinks Canadians are keenly aware of the negative impact of confinement, now that many have lived through lockdowns because of the pandemic.

“Being detained in a migrant holding centre is a confinement that is more dramatic than in society. But the population at large now realizes that having your movements or human contact restrained has an impact on your mental health,” Bernheim said.

“If these effects are true for free citizens, it can easily be concluded that they are much greater on people in detention.”

Radio-Canada asked the minister responsible for CBSA if he was willing to keep up the use of alternative solutions to detention once the pandemic was over.

In its response, the office of Public Safety Minister Bill Blair said this is the approach his government is already taking.

“Immigration detention has always been a measure of last resort, used only in limited circumstances and only after alternatives to detention are first considered,” stated the minister’s office in its email to Radio-Canada.

“The CBSA ensures that volumes remain at a minimum and that all options for release are explored for cases where an individual’s risk can be managed in the community.”