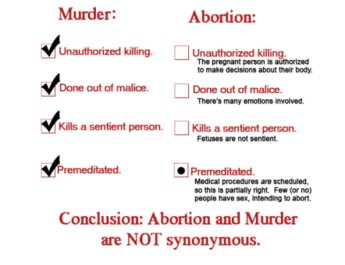 Legendary singer, Majekodunmi Fasheke, aka Majek Fashek, has had a colourful career that was interrupted by drug abuse. Also known as The Rainmaker, he tells TOFARATI IGE about his future plans

What major change would we be seeing in Majek Fashek?

The change is that Majek Fashek is born again. I believe in Jesus Christ and you will see that in my new music. When one is born again, it means old things have passed away. I’m not interested in women, drugs, alcohol and other things like that. I’m only going to be concentrating on making good music for my fans.

Would you be doing gospel music?

My music is timeless and that’s why I’m a star in America. To make good music, it has to be timeless. I do not fit into any particular genre of music and it is God that gave me that gift. The music industry now is populated by young boys and I’m happy about that.

But some people believe you were not able to break into the American market, what do you have to say about that?

Majek Fashek is the number one musician in the whole Africa of all time to have broken into the American market. If you go to San Francisco, you will see my name written boldly in their hall of fame. I was on the David Letterman Show and that is one of the biggest platforms in America that has played host to great people like Barack Obama, Bill Clinton, among others. In America, they have a structure of classifying stars from superstar to megastar and legend. I am classified as a legend with people like Bob Marley, Whitney Houston, among others. I am not a social media musician. In 1987, there was only one TV station in Nigeria but my music was able to blow over to the US. It is not like these days when you can just record a video on social media, and people will see it all over the world immediately. In those days, Lucky Dube would open shows for me. I also went on an American tour with great musicians like Jimmy Cliff, among others. I was featured in New York Times and other A-list media; and all these information are on the Internet for you to confirm. Till date, no other African musician has been able to do that. One of my songs, I am not Afraid, has been sampled by over 200 American musicians including Bono. I used to be very good friends with Michael Jackson and that is why I named my last child, Michael.

What issues would you be addressing with your music?

I make conscious music. I’m not a politician but a musician.  But this time, I will be paying special attention to young children. My forthcoming album is titled Weep not Children. Our leaders have destroyed the younger generation and it seems like we don’t even know where we are going. But in my meditation and spiritualism, God gave me a message to sing for the children. The album is absolutely dedicated to the children of Nigeria and Africa. There are a lot of children on the road who have nothing to do because they are not educated and equipped. Their parents did not take care of them and the government does not fulfill its responsibilities towards them. In England and other developed countries, the people have access to free healthcare. They also have free education, and the government provides buses that would take them right from their homes and bring them back. The sad thing is that many of our leaders were beneficiaries of free education. In those days, there were missionary schools but nowadays even the schools built by religious institutions are so expensive that average people cannot afford their fees. As a prisoner of conscience, I plan to come back to Nigeria and mobilise the children of the future. These Boko Haram terrorists were once children. It was what was instilled in them that made them turn out this way. Ten per cent of the proceeds of the album will go to the children of Africa. Our shows would also be held at lots of different venues that would be accessible to people, not just in Victoria Island or the high-end areas. Nowadays, people hold concerts and charge N5, 000 for the cheapest regular tickets and millions of Naira for tables. Meanwhile, that is the two weeks’ wages of many Nigerians. How is the common man supposed to attend those types of shows? It is only for the elite. It is not bad to charge as much as you want for a classy event, but there should also be considerations for low-income earners. Back in the days, we had affordable events like Lekki Sun Splash, which people from all walks of life could conveniently attend. For our shows, we would be going to places like Ladipo Market, Oshodi, and National Stadium, Surulere. A lot of the people in those places spend most of their time working and they do not have the luxury of attending events to let off steam. We have plans to organise free shows for such people. We would also visit prisons, motherless babies’ homes, among others.

Would you still be doing Pangolo music which you claimed to have created?

Just like Fela created Afrobeat, I created Pangolo music, which is what these young artistes are doing now.

Do you have plans to work with any of the reigning young artistes?

I have already recorded a song with 2face Idibia titled No More Sorrow and it is enjoying favourable airplay. The video for the song would be released later this year. However, for the Weep not Children album, it would be all about Majek. For now, we would put a hold on featuring other artistes. Immediately after this album is released, I have plans of going back into production, and I would be working with other artistes. We would also be signing on new artistes to our label. We are taking things a step at a time.

What were the modalities for making the Weep not Children album?

It took us more than two years and over N50m to make. We had to go to the studio every day with full instruments and band. We had to pay the musicians that worked with us per hour because it is a real production and not what is common these days. All the instruments were played live and it wasn’t a case of computer mixing. It went through a lot of process and we worked in about five different studios. Right now, the album is ready and it contains eight songs. It was supposed to be nine songs but one of the songs, We Are Not Afraid, is being used to raise funds to take care of some charity homes and for the fight against terrorism.

How were you able to come up with funding?

I don’t owe anyone any explanation about how the album was funded. It is a business venture and there were also some people who supported.

Do you still have plans to sue Timi Dakolo over copyright infringement of one of your songs?

That issue is pending for now. I spoke with Timi personally and I don’t want to go into that anymore. I don’t want to stop young people from growing. He is  a nice boy who is still growing and I have decided to leave him alone. Personally, I like him. I think he is a God-fearing person but he was played and duped by some people. Timi even told us that he paid those guys extra and I was not aware of all the transactions. However, it’s important for Timi and other artistes to learn the lesson that they have to go through proper channels when they want to do things like this.

What’s your relationship with your family members now?

I still spoke with my first son, Randy, this morning and he is doing very well in America. My second son, Destiny, is also doing well. My last born is still a teenager and he is doing very well in school. My first son is married to a Japanese lady while the second is married to a Spaniard and they’re all doing great with children. I’m a proud grandfather.

What about your wife?

I will rather not talk about that. My family life is private.

Some people felt your family abandoned you during your travails?

All families have ups and downs but the important thing is that I’m doing great now. I don’t feel comfortable talking about my family though. I speak with my children every day and that should tell you I have a                           good relationship with them.

What actually caused the downward spiral in Majek’s life and career years back?

All human beings experience ups and downs; it is part of life.

What measures have been put in place to make sure you don’t have a relapse?

There is nothing like relapse. I keep saying it that my problem was never about drugs though I smoked marijuana back in the days. Anybody can also drink and be tipsy; it is not a crime anywhere in the world. My problem was more spiritual. My problem started when I first returned to Nigeria from America. I came into the country with lots of money and equipment then and I started having issues.

There was some controversy about who actually sponsored your rehabilitation; can you tell us who actually bore the cost?

I don’t want to answer that question.

I am working on my video right now so I usually go round looking for good locations. I start my days with devotions in the morning and I also work out at the gym.