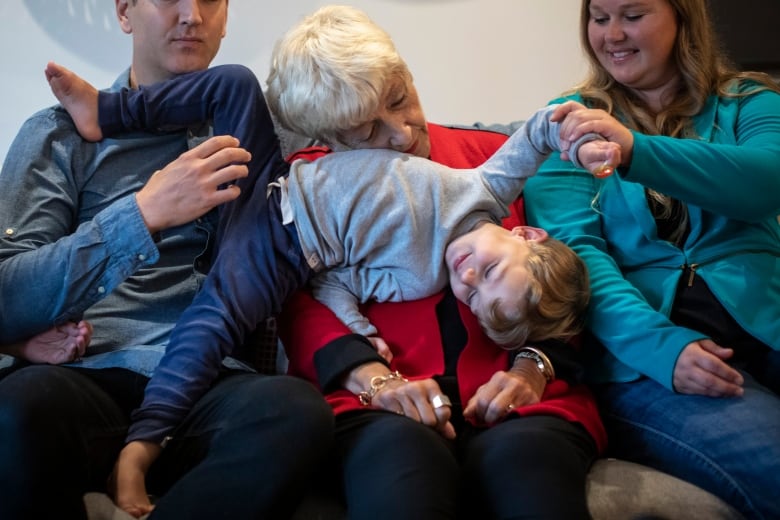 High school teacher, community volunteer, wife, mother and grandmother — Joan Williams packed a lot into her 71 years. And on Saturday, in her West Vancouver home with her family by her side, she ended her life on her terms through medical assistance in dying, also known as MAID.

According to the province of British Columbia’s webpage, MAID “provides patients who may be experiencing intolerable suffering due to a grievous and irremediable (incurable) medical condition, the option to end their life with the assistance of a doctor or nurse practitioner.” In Joan’s case, she was diagnosed with mitochondrial disease, a neurological disease affecting various parts of the body.

Joan wanted to tell her story and what led to her deeply personal decision. With her family present, she spoke to Stephen Quinn, the host of The Early Edition, a few days before her death.

“I wasn’t diagnosed until I was 48,” Joan said. “But I had double vision, muscular weakness, horrendous migraine headaches, balance and co-ordination problems, neuropathic pain.”

Her condition has deteriorated rapidly in the past year.

“And now, sadly, I have swallowing difficulties and I can only drink liquids,” she continued.

Joan’s decision to choose a medically assisted death began early in September when she was hospitalized.

She broached the subject with a palliative care team and her son Aaron Williams,  an emergency room  physician, who said the conversation was difficult at first.

“But as I thought more about it and talked with my wife and sister, it became clear that it was really in her best interest and that made it a lot easier to understand and accept,” he said. “And I’ve been very supportive of her through the process.”

After fulfilling a number of strict conditions required under Bill C-14, Canada’s Assisted Dying Act,  Joan formally put in a request for MAID on Sept. 15 and after a 10-day waiting period, she was approved. She chose Sept.  26, the first day available. And she had no regrets.

“I want people in the community to know that medical assistance in dying is a wonderful thing. That if you’re struggling at the end of your life, you can take MAID and put MAID into effect and shorten the agony of your disease,” Joan said.

The last week has been special for the entire family, according to Aaron.

“We’ve been having fun. We’ve been spending as much time with Mom as possible and Mom’s tried every type of Earnest Ice Cream there is and having family dinners,” Aaron said. “Mom’s been watching movies with my son Leo.”

“Lots of hugs, lots of tears, lots of sleepless nights, but it’s been probably the most incredible week we’ve had as a family that I can remember,” he continued.

For Joan, it was a week full of memories. She shared a moving experience with Aaron that reflected her deep bond with her late husband Brian, who died 10 years ago.

“Life’s been a struggle without my Brian. He was my life companion, my friend and my solace.”

When Joan was asked if she was scared, she said no.

To hear the complete conversation with Joan Williams and Stephen Quinn, tap the play button below:

Stephen Quinn pays a visit to Joan Williams, a West Vancouver woman who has chosen Medical Assistance in Dying. 8:08

Other resources include Dying with Dignity Canada.