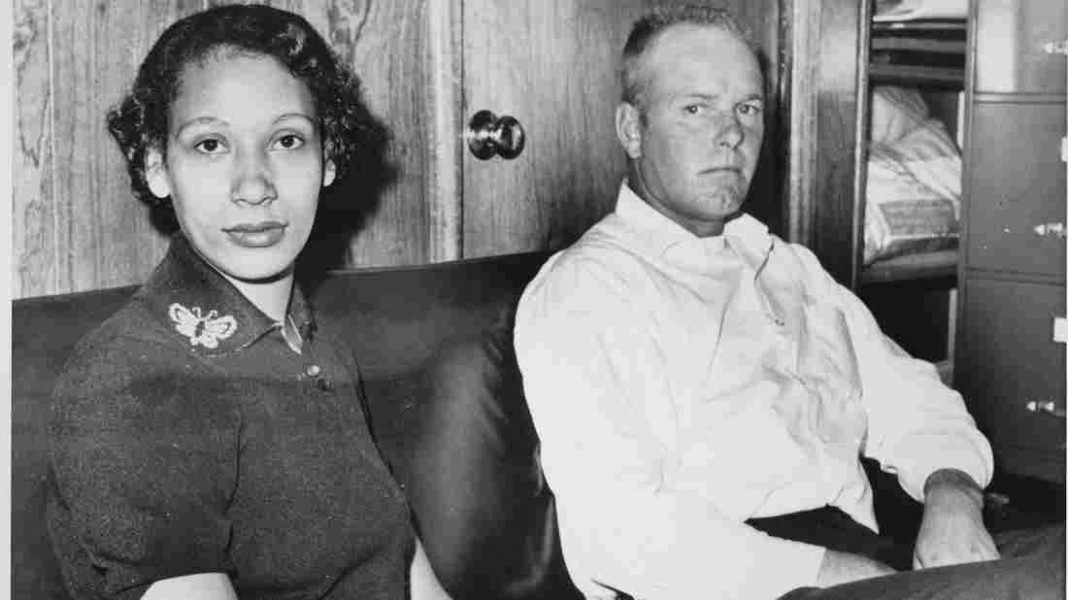 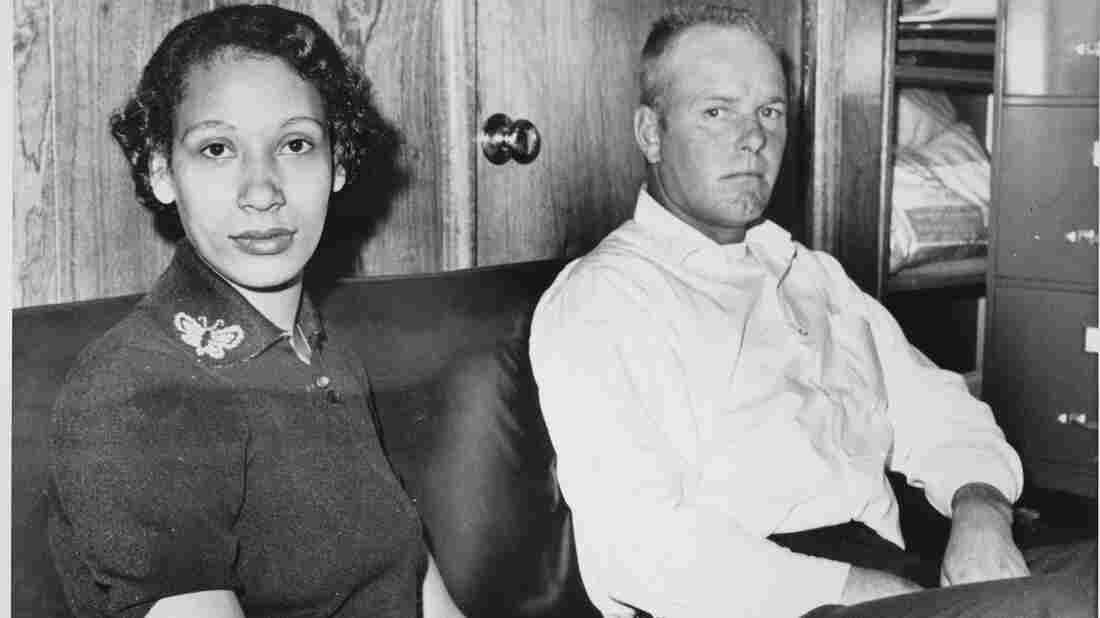 Mildred and Richard Loving in 1965.

It’s difficult to imagine how much the country’s language around race and interracial marriage has changed in the past half century.

But just 50 years ago, interracial marriage was prohibited in Virginia and 15 other states.

Bernard Cohen and Phillip Hirschkop, two young ACLU lawyers at the time, took the case of the Lovings — a black and Native American woman named Mildred and Richard Loving, her white husband — all the way to the High Court. 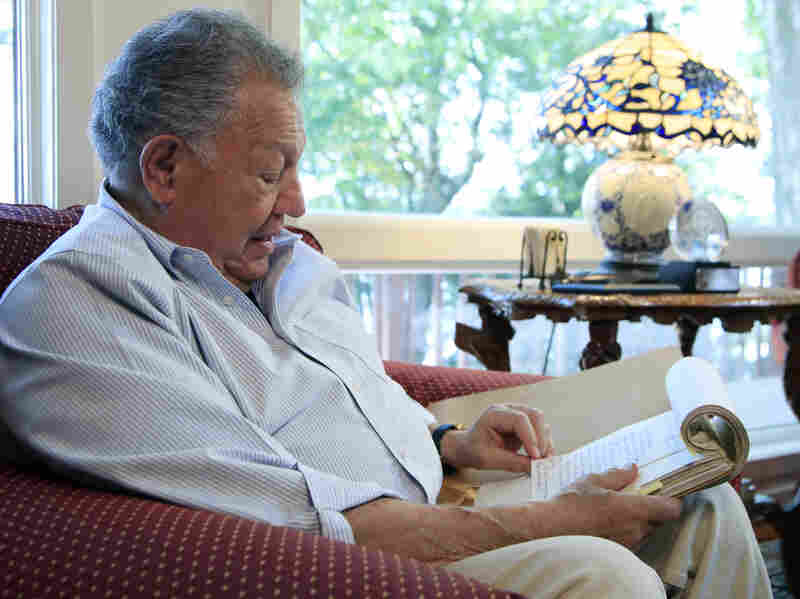 Phil Hirschkop was just three years out of law school when he defended the Loving case before the Supreme Court. Manuel Balce Ceneta/AP hide caption

Phil Hirschkop was just three years out of law school when he defended the Loving case before the Supreme Court.

Listen to six standout moments from the trial below:

1. Cohen and Hirschkop asked the Court to look closely at whether the Virginia law violated the equal protection clause of the Fourteenth Amendment. If the Framers had intended to exclude anti-miscegenation status in the Fourteenth Amendment, which assures equal protection under the law, they argued that it would have been easy for them to write a phrase excluding interracial marriage, but they didn’t Cohen argued:

2. Cohen forcefully, but calmly argued that the Lovings and their children, just like any other family, had the right to feel protected under the law.

Five weeks after the Lovings’ wedding on July 14, cops led by the sheriff stormed into their house at two in the morning. The young couple was arrested and jailed for violating the state’s “Racial Integrity Act.” The Lovings were sentenced to a year in prison, but a judge set them free under the condition they leave Virginia.

Cohen argued that the state was ignoring a very important point:

“And that is the right of Richard and Mildred Loving to wake up in the morning or to go to sleep at night knowing that the sheriff will not be knocking on their door or shining a light in their face in the privacy of their bedroom for illicit co-habitation.”

3. Cohen’s co-counsel Hirschkop, only three years after graduating with Georgetown Law, methodically pointed out Virginia’s long history of discriminatory laws aimed to prevent race-mixing. The state’s first ban of interracial marriage goes back to 1691, Hirschkop reminded the justices. And he argued that in the 1920s, immigration laws were being passed while “the Klan rode openly in the south and that’s when they talked about the bastardy of the races, and miscegenation and amalgamation and race suicide became the watch word.”

“theory that … the Negro race was a stepping stone”

“And John Powell, a man we singled out in our brief, a noted pianist of his day, started taking up the Darwin Theory and perverting it through the theory of eugenics, the theory that applied to animals, to pigs, and hogs, and cattle.

They started applying it to human beings.

In taking Darwinism that the Negro race was a stepping stone, was that lost men we’ve always been looking for between the white man and the abominable snowman whoever else, they went back.

They took all these old laws.

These antebellum and postbellum laws and they put them together into what we presently have.”

“They were not concerned with the racial integrity but racial supremacy of the white race,” he argued.

The young lawyer relentlessly argued that the central purpose of the 14th Amendment lies on protecting citizenship rights – equally – regardless of color.

“These laws are slavery laws”

“We fail to see how any reasonable man can but conclude that these laws are slavery laws were incepted to keep slaves in their place, were prolonged to keep the slaves in their place, and in truth, the Virginia law still view the Negro race as a slave race, that these are the most odious laws to come before the court. They robbed the Negro race of its dignity and only a decision which will reach the full body of these laws in the State of Virginia will change that. We ask that the Court consider the full spectrum of these laws and not just the criminality, because it’s more than a criminality that’s at point here, that the legitimacy of children right to inherent land, the many, many rights, and in reaching a decision, we ask you reach on that basis.”

Thank you Your Honors.

5. But Virginia’s Assistant Attorney General R.D. McIlwaine, III argued that the Civil Rights Act of 1866, which preceded the Fourteen Amendment, was not intended to offer protection to biracial married couples.

McIlwaine says that the state’s anti-miscegenation laws were rational and that Virginia had the right to adopt them.

And McIlwaine forcefully argued that Virginia’s anti-miscegenation law did not violate the Fourteen Amendment and offered Justices an alternative contention to make his point:

McIlwaine forcefully argued that Virginia’s anti-miscegenation law did not violate the Fourteen Amendment and offered Justices an alternative contention to make his point:

“If the Fourteenth Amendment be deemed to apply to State anti-miscegenation statutes, then these statutes serve a legitimate, legislative objective of preventing a sociological, psychological evils which attend interracial marriages, and is a — an expression, a rational expression of a policy which Virginia has a right to adopt.” 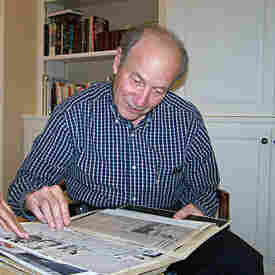 6. McIlwaine argued about the importance of the institution of marriage and the interest of the state in ensuring successful and stable marriages, homes and families. Chief Justice Earl Warren questioned McIlwaine’s argument, but the assistant attorney general repeatedly pointed out the disadvantage of mix-race marriages

“Much greater problems and pressures”

MCILWAINE: “Intermarried families are subjected to much greater pressures and problems than those of the intra-married and that the state’s prohibition of interracial marriage for this reason stands on the same footing as the prohibition of polygamous marriage, or incestuous marriage or the prescription of minimum ages at which people may marry and the prevention of the marriage of people who are mentally incompetent.

But I think that the —

M: Well, we say that principally —

W: Because — because you believe that?

Now, our proposition on the psycho-sociological aspects of this question is bottomed almost exclusively on this particular volume.”

On June 12, 1967 the U.S. Supreme Court Justices ruled in the Loving’s favor. The unanimous decision upheld that distinctions drawn based on race were not constitutional. The court’s decision made it clear that Virginia’s anti-miscegenation law violated the Equal Protection Clause of the 14th Amendment.

The landmark civil rights decision declared interracial marriage unconstitutional in the nation. Chief Justice Earl Warren wrote the opinion for the court; he wrote that marriage is a basic civil right and to deny this right on a basis of color is “directly subversive of the principle of equality at the heart of the Fourteenth Amendment” and seizes all citizens “liberty without due process of law.”