If you watched Squid Game in English, did you really watch Squid Game at all? 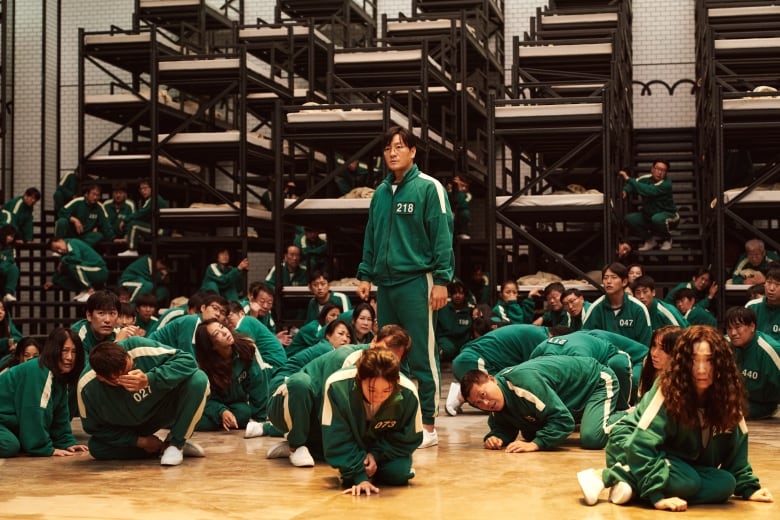 From Stranger Things to Tiger King, you’ve most likely found yourself in a Netflix binge to keep up with what everyone else is watching.

And as audiences stuck at home search for more and more content to binge, the streaming service has begun reaching further afield to build up its content. France’s Lupin and Spain’s Money Heist — among the platform’s most successful titles of all time — have proven audiences are willing to climb what Parasite director Bong Joon-ho dubbed “the one-inch tall barrier of subtitles” for a great series, regardless of its language.

With South Korean post-apocalyptic drama Squid Game holding down the No. 1 spot in over 90 countries, it seems non-English shows have firmly arrived for English speaking audiences.

But as content subtitled and dubbed by a variety of sources takes its place in the mainstream, it has raised the question — are we all even watching the same thing?

Questions around Squid Game‘s translation first rose a few weeks after the show premiered. Comedian and Feeling Asian podcast co-host Youngmi Mayer took to Twitter to voice her complaints, saying that much of the closed-caption subtitles were “botched” in their English translation.

not to sound snobby but i’m fluent in korean and i watched squid game with english subtitles and if you don’t understand korean you didn’t really watch the same show. translation was so bad. the dialogue was written so well and zero of it was preserved

“I’m fluent in Korean and I watched Squid Game with English subtitles,” Mayer wrote, “and if you don’t understand Korean you didn’t really watch the same show.”

Though Mayer later clarified she was referring specifically to the closed-captions (which are for watchers who are hard of hearing and generally must match the corresponding words spoken on screen — in this case the English dubbed version) rather than English subtitles, she noted that the subtitles are better but “still atrocious.”

Her complaints quickly kicked off a wider debate, with many Korean speakers echoing Mayer’s dislike of the English subtitles and captions — and the belief that the translated show was fundamentally different than the original.

At the same time, others — including industry insiders and academics alongside fans — noted that translation is more art than science, and picking apart perceived errors can do more harm than good for a wave of non-English shows finally finding a wider audience.

And spoiler alert, all three experts who spoke to CBC News for this story agreed you don’t have to worry — even if you watched Squid Game without knowing a single word of the language, you still watched the same show. Or at least, you came as close as possible.

The gap that remains — even when translation is done well — comes from how much can be conveyed to an audience unfamiliar with certain cultural concepts, explained Michelle Cho, a researcher of South Korean film media and popular culture as well as an assistant professor of East Asian studies at the University of Toronto.

Translation has always been a balancing act between accurately conveying literal speech and figuring out parallel ideas, experiences and concepts to reference to an audience who would probably be more confused than informed by direct references they won’t necessarily understand.

“Subtitles are often anticipating what their audience’s worldviews or set of known concepts will be,” she said.

“[And] in the case of some of the speech of certain characters … there are too many contextual elements that would be required in order to convey that to an audience.”

And though those struggles in translation are far from new, Cho explained there are added difficulties when it comes to translating TV. And at the same time, there are more eyes on the final product now than ever before.

The survival drama Squid Game has gotten international attention for its focus on economic inequality. But UCLA’s Suk-Young Kim explains that this globally relatable horror show is also uniquely Korean in its approach. 20:45

While literature translations could theoretically take more space to explain reference and nuances, translations on screen need to be brief, and as quick as the characters are speaking in the original language. For subtitles they also need to be relatively simple, “because it needs to be able to be digested at a glance,” said Cho, while dubbed translations need to at least loosely match the character’s mouth movements.

And while translated media already had an audience in English-speaking countries, the debates about their translation’s accuracy were limited to the smaller audiences that consumed them. That’s different now.

“That used to be such a subculture, such a niche, and now it’s really become mainstream,” she said. “It’s just common to have favourite shows that are coming from outside of the place that you live.”

That’s not to say the translations are perfect as they are. Bina Lee, a Toronto-based writer and editor for Korean entertainment website Soompi, noted that the English translation was notably more tame than the original Korean script.

“In Korean her language is very, very vulgar. But they did water it down in the subtitles. A lot,” Lee said.

“I was always looking at the subtitles because I was like, ‘Oh, I wonder how they’ll translate this?’ And it was very watered down.”

Netflix did not respond to a request for comment on the decision-making process for removal or inclusion of swearing, but Lee noted it as a particular failing for this show in particular.

Squid Game was infamously rejected for ten years by local film studios as it was seen as “too grotesque” for television. Lee said that’s a problem for many dramas in the country — since they’re aired on television, studios tend to reject disturbing content.

Netflix’s recent push for non-English language original series — largely spearheaded by its new global TV head Bela Bajaria — gave Squid Game an international shot when no one else would take the chance. So, Lee said, Netflix dropping the ball on Mi-nyeo’s characterization was a bit disappointing.

Even so, Lee said, the overall message is still there. It is possible to find missing subtext if you look for it, but the themes and message behind it — of class inequality and criticism of capitalism — is present in the visual aspects, which need no translation. And suggesting a show isn’t worth watching in translation, she said, could discourage studios from continuing to greenlight non-English projects.

“I definitely think that if you were to dissect it, yes, like you could find something wrong in every scene,” Lee said. “But at the end of the day … the whole message of the series is definitely shown through the production, you know, through the story and the games and how brutal and gory all the scenes are.

“I don’t think it’s like necessarily so much in the particular language when it comes down to it.”

Grace Jung, a Ph.D. in cinema and media studies with a specialization in Korean TV, largely dismissed the complaints around the show’s translation. Looking for a “true” interpretation of a creator’s vision is a doomed mission, she said, since a TV series is already dependent upon so many different people — a translator is just one more editorial step a show takes on its way to audiences.

At the same time, she explained the very nature of language makes a “perfect” translation is impossible, since it’s all up to interpretation.

“The best metaphor that I heard about translation is that it’s like taking the soul out of one body and trying to insert it into another body,” she said. “Which means it’s impossible.”