If you think this summer was hotter than normal, you’re right 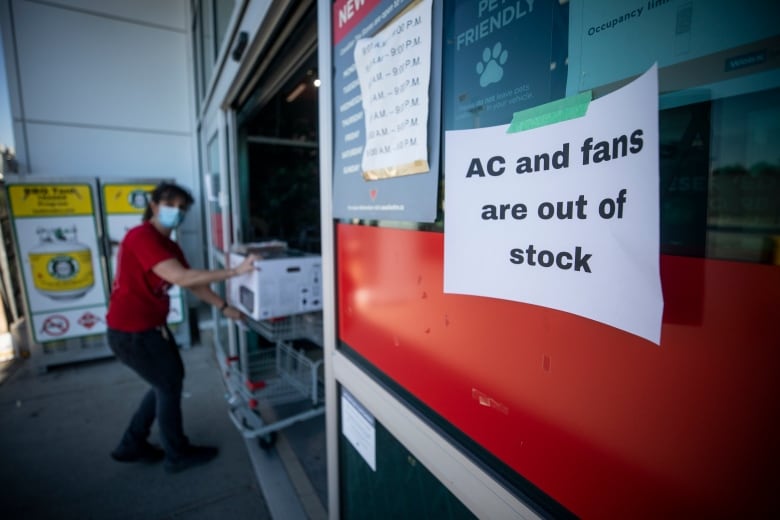 This summer, Canada may have very well earned the nickname The Great White-hot North, as people around the world were stunned to see record-breaking temperatures that plagued the West.

While the official end of summer is still a few weeks away, meteorological summer ended on Aug. 30. Looking back, it seems that it wasn’t just the West that experienced warmer than normal temperatures.

But it was the West that got hit the hardest.

June and July brought days above 30 C and nighttime temperatures above 20 C. Records were broken across B.C., with the village of Lytton — which later burned to the ground as wildfire swept through the small town — recording the hottest temperature in Canadian history at 49.6 C. The previous record of 45 C in Yellow Grass and Midale, Sask., had been in place since 1937.

“Of course everybody’s talking about Lytton and focusing on it and its temperature. Las Vegas has never been warmer, although Lytton is north of 50 degrees latitude. I think it’s a bit of a shocker from that point of view,” said David Phillips, senior climatologist at Environment and Climate Change Canada.

It wasn’t just Lytton. Kamloops normally sees 33 days of temperatures above 30 C. This year, it had 52. And more still, the city had five days in June above 40 C, which has never been documented in records going back 143 years. The hottest temperature was a whopping 47.3 on June 29.

And though Vancouver wasn’t as hard hit this year with heat, it still had its own share at the end of June with four days above 30 C.

“You get a day that’s above 25 C in Vancouver, and people are beginning to feel it. And so if you counted the number of days, the max temperature above 25 C, you had actually 24 of those days in Vancouver,” Phillips said. “So it gives you an indication that, yeah, it’s pretty spectacular they [had] four days above 30.”

Phillips also noted that “relentlessly warm” heat ended about the middle of August, which may have spared them from reaching any records for the hottest summer, though ECCC will have to crunch the numbers in the coming weeks to make that determination.

Of course, the heat wasn’t the only big summer weather story for the West, which suffered a crippling drought.

Phillips noted that not every area was bone dry. Regina, for example, had above-normal rainfall in June and August. But what likely made it worse was the extreme heat that befell farmers.

“Even Winnipeg. They ended up within their growing season, about three-quarters of their normal precipitation,” Phillips said.

“Here’s the problem: There was a spell of 60 days from June 10 to August, when virtually no rain fell on the Prairies.”

“At the same time, they had 25 days where the temperature was above 30. So it really was hot and bone dry, and the dryness, the intensity of the dryness, wouldn’t have been as bad if it wasn’t so friggin’ hot.”

August heat in the East

The West is definitely the unfortunate winner of a persistent hot summer, but east of Saskatchewan, it was August that was hottest in Manitoba, Ontario and Quebec.

“Winnipeg, I think, gets the gold star or the ribbon, in terms of days above 30 C in Canada,” Phillips said.

And, he pointed out, those days occurred in every summer month.

East of Winnipeg, the dial was cranked up for the most part in August.

“It was really not just Lytton. It was from the Pacific Coast right through to northern Ontario. I mean, Thunder Bay had 18 days where the temperature was above 30 C. They normally would see six days,” Phillips said.

In Toronto, Ottawa and Montreal, June was warmer than normal, but it was followed by a cooler July. However, by August the thermometer was cranked.

Toronto, which normally has an average of 4.1 days above 30 C, had 12. For eight consecutive days — from Aug. 19 to the 26 — the temperature didn’t dip below 29.9 C during the day. But even more concerning is that nighttime temperatures remained above 20 C, considered a “tropical night.” This makes it difficult for our bodies to cool off, and can be potentially deadly to people with heart or respiratory illnesses.

In Atlantic Canada, there were also more 30 C days than normal in June and August, though not quite as dramatic.

Phillips said that the North was closer to normal, though both Yellowknife and Whitehorse also saw temperatures climb above 30 C.

As for the average temperature for the country as a whole, it will take some time for ECCC to determine where this summer places in terms of records. However, Phillips said that preliminary data places it in the top five warmest summers since 1948.

And with a warming climate, it’s predicted that parts of Canada will experience more frequent heat waves. But it did come as a bit of a surprise for those in the West who are unaccustomed to these sorts of temperatures.

“This year has proven that this is not just an Ontario, Quebec thing. We see it on the Prairies, we see it in British Columbia,” Phillips said.

“If anything came from this, it’s the fact that this is a national issue. And you can get those torrid temperatures in the East, but boy, this year proved we get them in the West.”