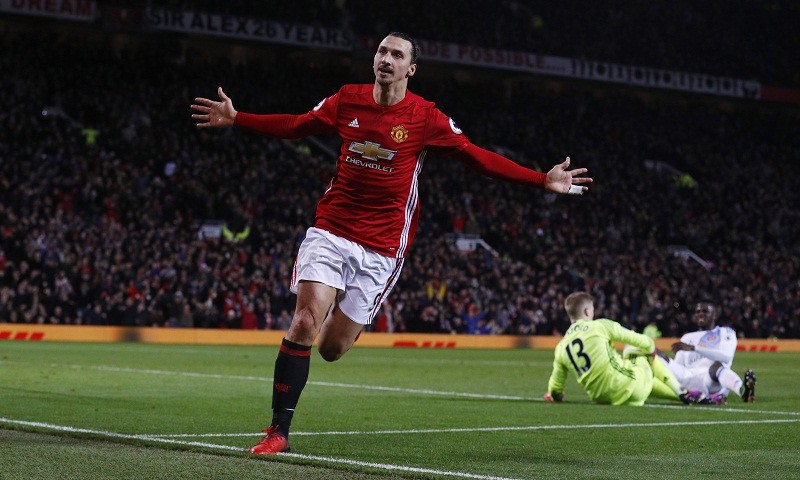 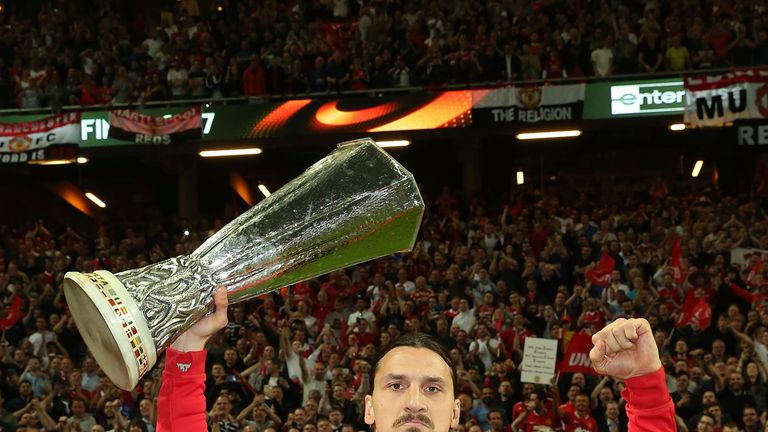 Zlatan Ibrahimovic says he is “weeks” away from returning from injury but would not confirm whether it will be at Manchester United.

The 35-year-old striker was driven through the Friends Arena stadium on a buggy with his injured knee outstretched ahead of United’s 2-0 Europa League final win over Ajax in Stockholm on Wednesday night, but cast his crutches aside to join his team’s celebrations after the final whistle. 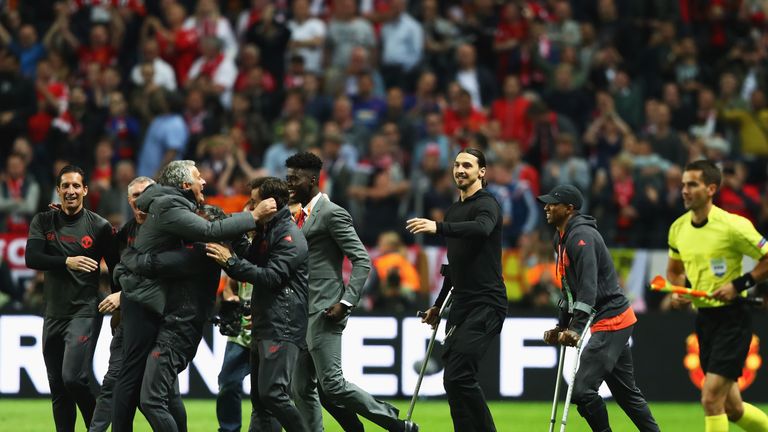 Ibrahimovic joined the United celebrations on crutches after the final whistle

Ibrahimovic went out his way to pose with a fan banner in the stands calling for him to remain at the club after the game, but the Swede – yet to renew his one-year contract at Old Trafford – would not confirm whether he will still be at United when he makes his injury comeback in the near future.

“I work hard. I’ll be back in a few weeks,” Ibrahimovic told Sky Italia.

Asked where that return would be, Ibrahimovic replied: “We’ll have to see. Good question!”

Ibrahimovic scored 28 goals for United this season, including two in the Europa League, and there had been suggestions he would join Rooney in raising the trophy after the victory before he took a place at the back of the celebrations.

The striker made a point of highlighting his major trophy “number 33” in the changing room after the game, but admitted he was disappointed by his supporting role.

“I regret not being able to play this game. It is normal, I wanted to be on the pitch but the situation is this,” said Ibrahimovic after the match.

“I had a different role, I supported the team, but what matters is that we won.

“That’s the most important thing because this is a collective trophy.

“You win and lose together. Now we raised another trophy, which is the third this year of the five available.”