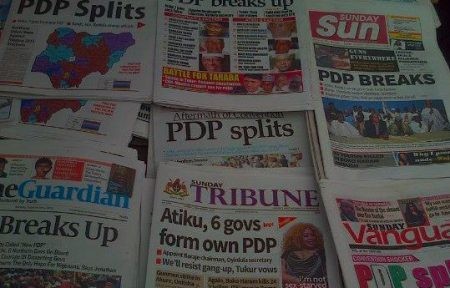 The Ondo State Governor, Mr. Rotimi Akeredolu, has reassured the workers in the state that their salary arrears will be paid in full by his administration.

Akeredolu, who spoke on Sunday during the third session of the 11th Synod of Diocese of Akoko, Church of Nigeria (Anglican Communion) held at the Saint George’s Anglican Church, Okeagbe Akoko, said he would not collect his own salary until the wage arrears of workers were cleared.

Represented by the Government House Chaplain, Venerable Benjamin Babalola, the governor said the people of the state would not regret voting him as their governor.

He said, “By the special grace of God, our administration will soon offset the salaries owed the workers. The salary arrears owed workers by the previous administration amounted to N38.57bn, while N41.5bn was owed to retirees as gratuities.

“And to the workers, let me say it loud and clear once again that I am resolute in my commitment to make your welfare the priority of the administration.

“I am aware of your pains and agony. I feel your pains and what you are going through and I can see your suffering. But faith in God, I am re-affirming my promise that I will not collect a dime until civil servants are fully paid their salary arrears.”

Akeredolu, however, stressed the need to improve on the state’s Internally Generated Revenue to pave the way for meaningful development.