‘I want to clear my name’: Dennis Oland testifies at his murder retrial 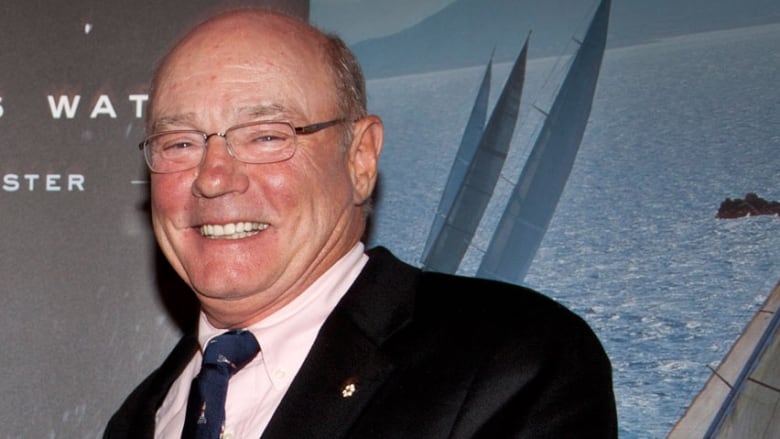 “I did not kill my father,” Dennis Oland testified Wednesday at his second-degree murder retrial in the 2011 slaying of multimillionaire Richard Oland.

The accused said it was his decision to take the stand in his own defence, as he did as his first trial in 2015.

“I want to clear my name,” he told the crowded Saint John courtroom.

“I think it’s important that people hear from my own voice that I did not kill my father.”

The Crown alleges Oland “flew into a rage” on July 6, 2011, and “brutally bludgeoned” the prominent businessman to death, inflicting more than 40 wounds that cracked his skull and exposed his brain.

“Did you do that?” asked defence lawyer Michael Lacy.

He acknowledged their relationship was not perfect.

“Were there times when there were issues between you and your father?” asked Lacy.

But the 51-year-old spoke fondly of how his “dad” helped motivate him to improve his grades in university by offering to buy him a car if he maintained a B average, and paid his way so he could join the family on skiing trips.

His father, whose investments were worth an estimated $36 million at the time of his death, also encouraged him to “go for it” when he decided to become a financial adviser, offering to be his first client.

He often sought his father’s counsel when making such life decisions, he said. “The person who seemed to be in the know was dad.”

Oland also credited his father with negotiating a deal so he could afford to buy his late grandfather’s house, worth about $650,000, in Rothesay.

The Crown contends that home played a role in the homicide. The court has heard it had been in the family for about 70 years and Oland’s father didn’t want it lost when Dennis and his first wife divorced in 2008-09.

Lacy addressed the Crown’s alleged motive — that Oland was “desperate financially” and went to visit his father at his office that night looking for money.

“Did you talk to your dad about money on that day?”

The Crown has also suggested his father’s extramarital affair might have prompted the vicious attack.

“They say maybe you raised that with your father that day and that’s what caused you to have this horrible argument or something that caused you to fly into a rage. Did any of that happen?” asked Lacy.

“No,” said Oland, shaking his head, brow furrowed, as his mother Connie looked on from the front row of the public gallery. 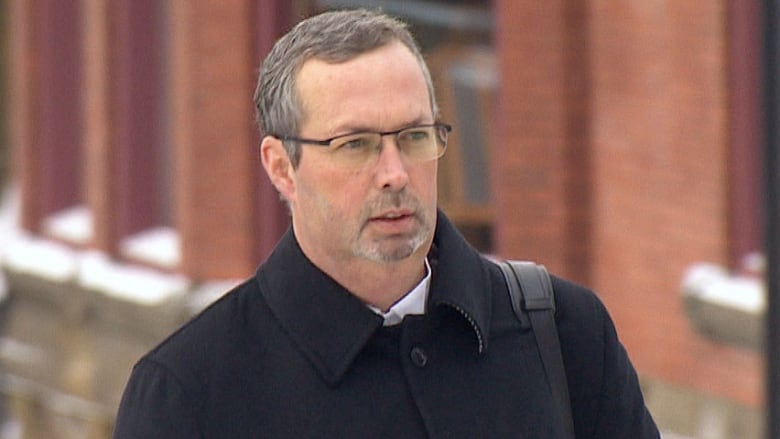 When Oland was questioned by police just hours after his father’s body was discovered, he told them his father was not “the easiest guy in the world to get along with,” and that they didn’t have a close relationship.

“He had this thing that you can’t be friends with your son,” Oland had said in the videotaped statement, which was played for the court earlier in the retrial.

His father ​”would say and do things that could be hurtful.”

He recounted a recent Christmas dinner when his father “blew a gasket” because Oland let the flame of a rum cake go out before he got it to the table. “It was ugly,” he had said.

Oland’s testimony at his first trial revealed an inconsistency in his statement to police. He told officers he had gone to his father’s office twice on July 6, 2011, but when testifying in his own defence more than four years later, he disclosed for the first time making a third trip to 52 Canterbury St.

The third visit was not addressed on Wednesday. His testimony lasted only about 40 minutes before court adjourned for the day. He’ll be back in the witness box Thursday when the retrial resumes at 9 a.m. 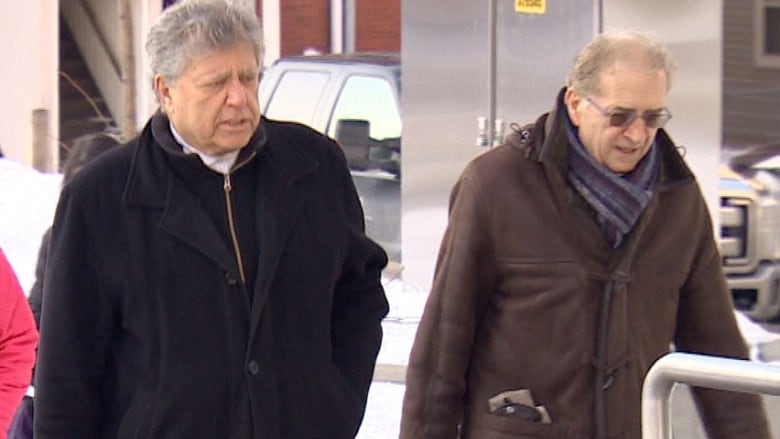 But under cross-examination by the Crown, Mayer acknowledged this is only one possibility, “not to the exclusion of other possibilities.”

The Crown’s forensic toxicologist who examined the autopsy samples previously testified the findings were consistent with alcohol consumption “several hours” prior to death.

No evidence of drinking

The timing of the killing is a crucial issue in the retrial.

The body of the 69-year-old was discovered in the office the next morning, face down in a large pool of blood, with 45 sharp- and blunt-force injuries to his head, neck and hands.

The defence is suggesting the victim was alive after Oland left his office, drank some alcohol and was then killed.

The retrial has not heard any evidence of the victim drinking that day.

His secretary Maureen Adamson and business associate Robert McFadden previously testified no alcohol was kept in the office and they didn’t see him leave the office during the work day — although Adamson left at lunch to buy him some pizza and McFadden stepped out for a few minutes to go to the bank.

The court also heard Wednesday from Patrick Laturnus, a retired RCMP bloodstain pattern analyst who is now a consultant and instructor.

Laturnus testified the killer would have had a “significant” amount of blood spatter on them.

The brown sports jacket Oland wore when he visited his father on the night he was killed had four small confirmed bloodstains on it, the retrial has heard.

The jacket had been dry cleaned the day after Oland was questioned by police and told he was a suspect in his father’s death. It still had the dry-cleaning tag attached to the collar when it was seized from his bedroom closet.

DNA extracted from three of the four confirmed bloodstains matched the victim’s profile with a certainty of one in 20 quintillion, the court has heard.