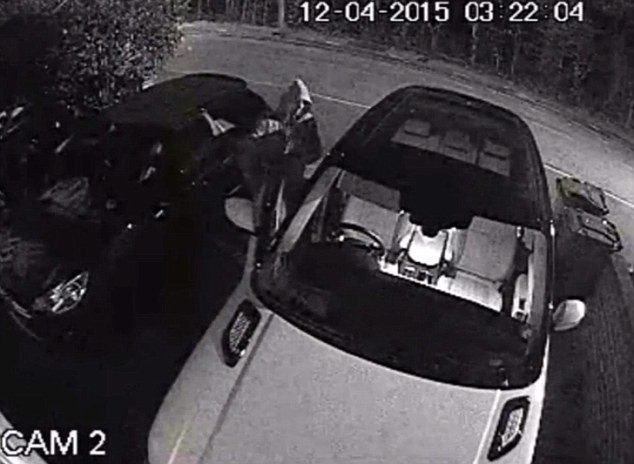 A dismissed soldier, John Andrew, believed to be part of a syndicate that specialises in snatching vehicles with master keys, has confessed that there is no kind of vehicle he cannot open.

Andrew, a confessed serial car snatcher, made the startling revelation during his parade at the headquarters of the Bayelsa State Police Command in Yenagoa.

The suspect was arrested on Saturday by policemen on a stop-and-search operation in Akenfa, a suburb of Yenagoa, the state capital.

It was learnt that the suspect, who had allegedly stolen many cars with the help of the master keys specially made for him by a Ghana-based Nigerian, operates a five-man gang cutting across Enugu, Benue and Cross River states.

Andrew, who said he was dismissed from the Nigerian Army for mutiny in 2014, confessed to the crime, saying he usually sold each stolen car for N300,000 to one Ike in Makurdi, Benue State.

He said it was the devil that pushed him into the crime, promising that if he was left off the hook, he would no longer go into crime.

Andrew, who said he had stolen only four vehicles, pleaded with the authorities to free him and that he would turn a new leaf.

He said, “I use masterkeys to remove vehicles from where they are parked. There is no kind or make of vehicle I cannot open. The police have apprehended me three times – I stole a Toyota Camry from Port Harcourt, Rivers State. They caught me in Yenagoa before transferring me to Port Harcourt. Another one was a Toyota Hilux; I stole that one from Warri in Delta State and two others.

“When they took me to court in Delta State, I was put in prison but the owner told the Magistrate’s Court that I should pay him the money he used to repair his vehicle and that he was not interested in any case.

“I am very sorry, it won’t happen again. I am going to sign an undertaking, anytime they catch me again, they should do anything they like to me. It is the devil’s work. I got the keys from Ghana. I buy (sic) one for N50,000. I have five gang members.

“I am a dismissed soldier. My last station was 3 Batallion, Warri, Delta State. I was accused of mutiny while on military operation in Borno State. I was brought to Delta State for court martial and I was dismissed in 2014. I am from Cross River State and I am a yam farmer.’’

Parading the suspect, the Bayelsa State Commissioner of Police, Mr. Asuquo Amba, described the suspect as a “habitual criminal”.

Amba said in Bayelsa alone, the suspect (Andrew), had been arrested three times.

“On June 17, 2017, about 1pm, our policemen, while on routine stop-and-search operation at Akenfa area, flagged a Toyota with number plate AG 599 YEN. The suspect zoomed off to avoid search. He was pursued and arrested by the policemen. The Toyota car was stolen from where it was parked at Green Villa, Biogbolo, Yenagoa.

‘’The owner has been identified. In the course of our investigation, we recovered many masterkeys. He claimed that each of the keys costs N50,000 and were brought in from Ghana. He said with the keys, he could open any vehicle no matter the make.”

The police boss said that from the suspect’s background, the police investigation revealed that Andrew was a dismissed officer from the Nigerian Army. He stated that since his dismissal, the suspect had perpetually operated a gang that specialises in stealing vehicles from where they were parked.

He added, “We are happy we have caught him again. I want to assure the public that we are up to all his tricks and that with his arrest, the city of Yenagoa and Bayelsa State will be at peace, especially knowing quite alright that most people in the metropolis do not have garages or car parks as most vehicles are parked on the streets, that is why he took advantage of that.

“But with his arrest, I am sure our vehicles will be more secured. We are going to get some of his gang members in Makurdi and Enugu.’’