Hydro One wants to charge Ont. homeowner $60K to connect power to his new house 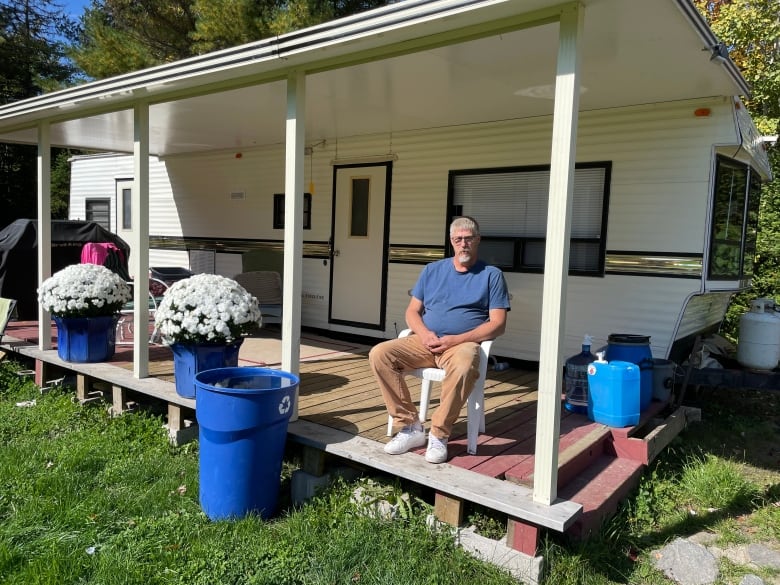 Allan Robinson says he and his wife, Debbie, saved for a lifetime to build their new home in Minden Hills, Ont.

Even though construction of the home is almost complete, Robinson says they can’t move in any time soon because they can’t afford to pay Hydro One the $60,000 the utility wants to hook up the electricity.

“That’s way out of our budget. Especially when it’s, like, a third of the cost we spent [building] the house,” Robinson, 60, told CBC News.

The Robinsons live on County Road 1, a scenic stretch of municipal road that’s dotted with numerous homes and businesses just outside the town of Minden, 193 kilometres northeast of Toronto.

Their new home is built on a two-and-a-half-kilometre stretch of the road where there’s a gap in the power lines. The nearest hydro pole is about 440 metres west of their home.

Hydro One, which serves 1.5 million predominantly rural customers in Ontario and reported a $238-million profit in the second quarter of 2021, says the couple has to cover the expense to extend the line from the existing pole to their property, then sign over ownership of the line once they’ve paid for it.

Robinson says they fully expected to pay the utility to run hydro about 35 metres from the road to their new home, but never thought they’d have to pay to install poles and a line on a public road as well.

“They’re waiting for homeowners to pay to fix this,” he told CBC News.

Robinson says before he and his wife bought the vacant property 15 years ago, the utility told them the gap in the hydro line along County Road 1 would soon be connected to the existing lines.

In 2006, $3.3 million was spent to upgrade the electrical grid in the area, including replacing poles and installing new lines. But that didn’t fill in the gap in the hydro line near the Robinsons’ property.

“They’re now telling me this is a [hydro] grid extension. It’s not. It’s a line completion they failed to do,” Robinson said.

“I just want Hydro One to be fair.”

Now, Robinson and his wife say they’ll be spending the winter living in a trailer, looking out at their new home steps away.

“It hurts. I love the house. I want to be in so badly. I’ve never owned a home. We’ve struggled all our lives to be able to own a home,” he told CBC News.

“Our plan was to be in the house and to be wintering in the house. That’s not going to happen.”

The company now called Hydro One was formed in 1999 after the Progressive Conservative government of Premier Mike Harris broke up Ontario Hydro and reorganized it into five separate corporations. Since 2015, provincial governments have sold more than 50 per cent of it to private investors.

In a statement to CBC News, Tiziana Baccega Rosa, the company’s senior media relations adviser, said while the utility wants to work with the Robinsons to resolve the issue, they have to bear the cost of running hydro to their property.

“All electric utilities in the province must follow the rules set by the Ontario Energy Board, which require individuals who purchase property off of the grid to pay for the installation of new poles, wires and equipment to connect to the existing electricity system,” she wrote.

“These rules prevent costs related to the needs of a specific customer from being paid for by all Ontario electricity customers.”

In this case, that includes installing six hydro poles along the public road, a hydro line and anchoring a transformer.

The Robinsons are also on the hook for clearing any trees or brush along the side of the municipal road and to repair any damage to the road that may occur during the line installation.

While the Robinsons are being asked to pay $60,000, the utility would contribute about $130.

If other nearby property owners build on their unserviced land and want hydro, they’ll also have to pay for infrastructure, according to Hydro One. Some of that money would be used to compensate the Robinsons.

With no end to the dispute on the horizon, Robinson fears it could be a long, cold winter in their trailer.

“We had a budget and we had a plan and we had the money in place to do the house. And then this all happened.”