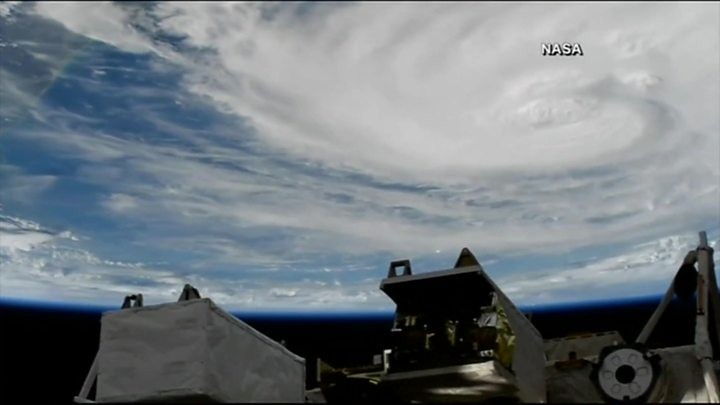 Texas is bracing itself for Hurricane Harvey, which may be the worst storm to hit the US mainland in 12 years.

Harvey, currently a category two storm in the Gulf of Mexico, is expected to make landfall on Texas’ central coast late on Friday or early Saturday.

Harvey – which has been gaining strength – will also strike at the heart of Texas’s oil refining industry.

Houston, the fourth biggest city in the US, could face up to 20in of rain over the coming days, officials there said.

On top of that, the central Texas coast is likely to see a significant storm surge – this happens when low pressure at sea “lifts” tides to a level higher than normal, up to 12ft in this case, and high winds then blow the water in land.

Energy companies have been evacuating staff from offshore platforms in the Gulf of Mexico.

Texan oil refineries on land are also shutting down in preparation for the storm. As a result, US fuel prices have reached a three-week high.

In the latest developments:

“Now is the time to urgently hide from the wind,” the National Weather Service (NWS) said in a bulletin.

“Failure to adequately shelter may result in serious injury, loss of life or immense human suffering.”

“I hope people will listen to forecasters when they say ‘beware of flash floods,” he said. “Flash floods can come quickly, and they can be deadly.”

According to the NHC, the wind speed is currently almost 110mph, though gusts are even stronger.

The NWS said on Friday it expected Harvey to make landfall as a Category Three hurricane.

If it does, it will be the strongest to hit the US since October 2005, when Hurricane Wilma struck the coast of Florida.

Are you in the region? How are you preparing for Hurricane Harvey? If you have any information to share with the BBC, you can email haveyoursay@bbc.co.uk.