Hundreds died during B.C.’s heat dome. Who is responsible for deaths caused by extreme heat? 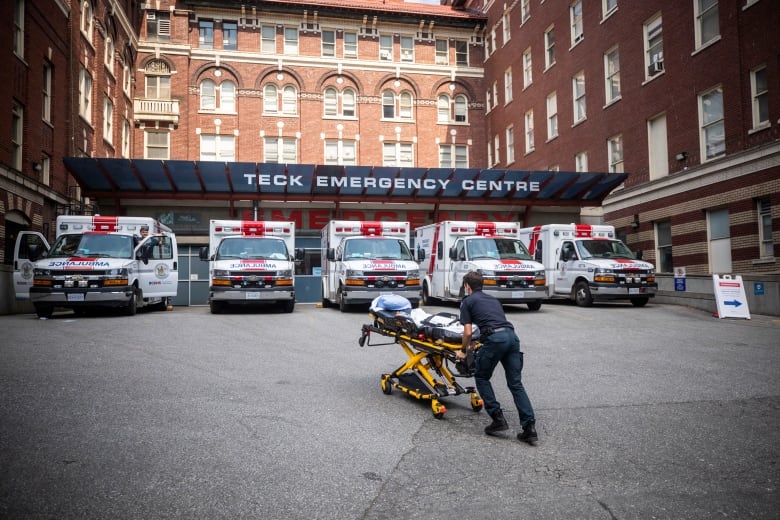 Over the course of B.C.’s heat dome, 719 people died suddenly — triple the number of deaths that would normally occur in the province during the one-week period.

The majority of people who died were older and living alone, and many waited hours for help as B.C.’s ambulance services became overwhelmed when temperatures rose above 40 C in southern B.C. from June 25 to July 1, and longer in some areas.

When the record-breaking heat was forecast at least a week in advance, many people scrambled to purchase air conditioning units and fans. Across the province municipalities set up cooling stations while volunteer groups handed out water bottles. Still, many people were caught unprepared during the hottest days, checking into hotels as apartments and houses became unbearable.

Premier John Horgan, speaking in Kamloops on Tuesday afternoon, said fair warning was given and municipalities were prepared.

“The prospect of hotter weather — again, we didn’t think of it as catastrophic hotter weather, we thought of it as hotter weather and I don’t think there are too many people that didn’t. Warnings were there to be sure and we did our best under the circumstances,” he said.

B.C.’s Ministry of Health said in a statement that Provincial Health Officer Dr. Bonnie Henry and the B.C. Coroner will be commenting on what lessons were learned from the heat dome at a later date.

The B.C. Liberals are now calling for an independent review of the province’s response to the heat wave, writing in a statement “the coroner has been clear that the public didn’t understand the serious risk the heat wave posed.”

The deaths seen in B.C. raise the question of who — if anyone — is responsible for deaths caused by extreme heat?

“Failing to act and create policy that reflects the reality of people’s lives can and will cause people who would otherwise be alive to die,” reads a nine-page memorandum sent to city council, outlining a list of recommendations to help Vancouver residents cope with extreme heat and poor air quality.

“Please remember at one time central heating and indoor plumbing were considered luxuries only available to the wealthiest. It is time we make maintaining high indoor air quality and energy efficient air conditioning part of our standard expectations of housing just as we do toilets, bathtubs and heat.”

The letter advocates for the Vancouver Park Board to open parks and beaches overnight to provide cooling spaces, and for air conditioners and purifiers to be distributed to those who can’t afford them.

Robyn Chan, co-chair of the commission, said policy needs to focus on elderly, unhoused and disadvantaged people, who may not be able to leave their homes to head to a cooling station.

“We saw and we’re continuing to see that [preparations] weren’t sufficient for the level of heat we saw across the province,” she said.

A study published in May found that more than one-third of the world’s heat deaths each year are due directly to climate change.

Michael Brauer, a professor at the University of British Columbia’s School of Population and Public Health, said it’s difficult to identify who should be held accountable after extreme weather events.

“This is like a disaster response situation…. I don’t think we know yet whether this was a failure in the response or whether more preparedness would have helped. We did have warning. Was that warning going directly to the people that needed that warning? That’s very difficult to tell,” he said, adding cities like New York have long had emergency heat plans to check on their most vulnerable.

“I think if we’d had people knocking on the doors of people living alone, of seniors, during the day, maybe that would have made a difference.”

He said rather than increasing capacity in the health system in anticipation of more heat waves, building codes in B.C. may need to change to prevent deaths from overheating.

“We need to be thinking about whether the construction and the housing conditions that we have built there, is that really appropriate for the future? Certainly having highrises made of glass without air conditioning, that’s not future-proof,” he said.