Huawei exec: ‘Some political guys’ are trying to drag down business, but we’re still confident 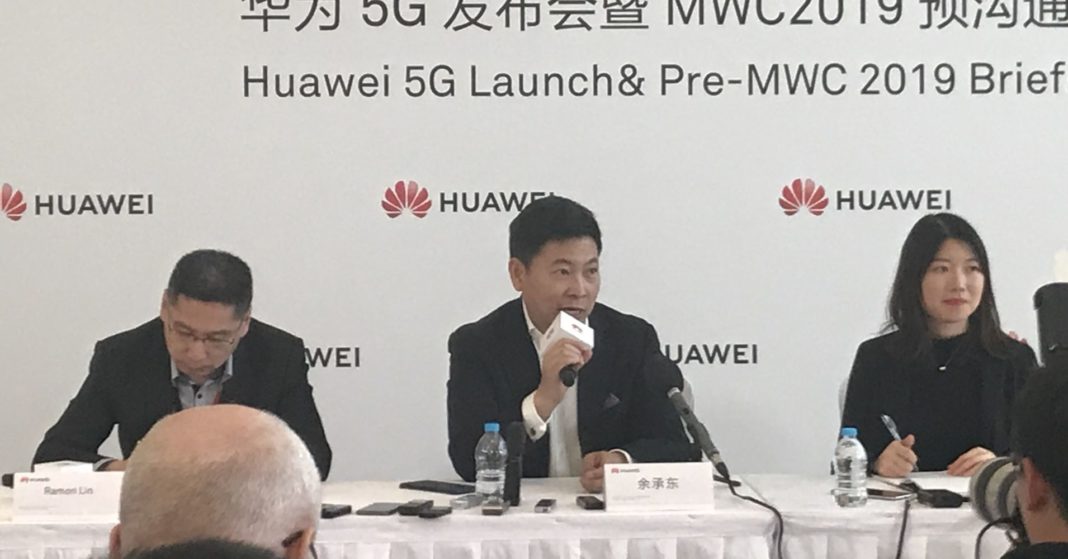 Despite intense international scrutiny of its technology, Huawei’s senior executives projected confidence at a Thursday event launching some of its 5G products.

At a research center in Beijing, the Chinese technology giant unveiled its first 5G chip for base stations — the Tiangang — as well as a 5G modem called the Balong 5000 and the CPE Pro router. The launch was a sneak peek of a full range of Huawei’s 5G line up set to be unveiled at the Mobile World Congress next month.

Consumer products chief Richard Yu said that upcoming unveiling will include a foldable phone, which will be commercially available in June.

The Thursday event comes at a challenging time for Huawei. The company is facing an international pushback due to concerns about the security of its technology. On top of that, CFO Meng Wanzhou is being closely monitored after her detention in Canada — on charges of banking fraud related to business in Iran.

The U.S. Department of Justice has confirmed that it will move ahead with a formal request to extradite Meng.

The Canadian ambassador to China made headlines on Wednesday when he said he believed Meng had a strong defense, suggesting she might not be headed to the states.

At the Thursday event, Yu wouldn’t comment on Meng’s situation. He described the business environment as “complicated” but stressed that Huawei’s consumer business was seeing good growth.

He said revenue for 2018 so far has reached over $52 billion, adding that smartphone shipments were at 206 million while non-smartphone devices were at 100 million globally.

Yu said Huawei could become the number one player in the global smartphone market as early as this year. The executive suggested there are outside forces seeking to influence Huawei’s sales for political reasons, and he reiterated the company is “doing its best” to continue building its business.

“Our customers … they have trust and confidence in us, and only some political guys are trying to bring a lot of noise to keep pressure (on us),” Yu said.