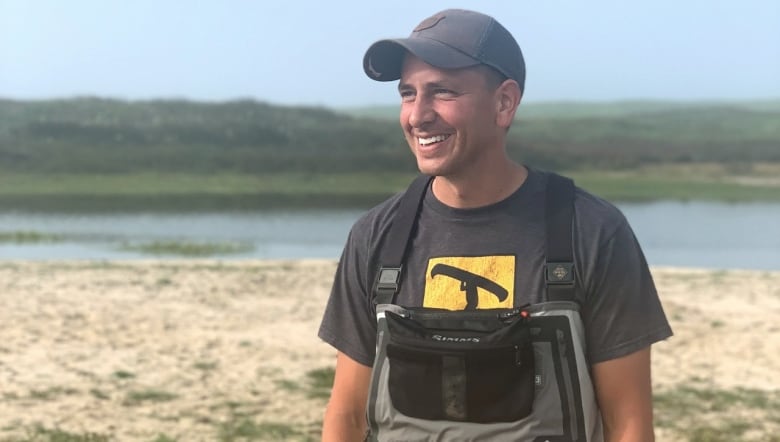 Climate change is already affecting the volume and quality of water that’s coming out of many taps in Nova Scotia.

Drought, saltwater intrusion, and flooding are just some of the issues that scientists predict will become worse in the coming years for the 42 per cent of Nova Scotians who rely on groundwater from private wells.

“With climate change, we will see more extreme events and we will see more impacts on our shallow and even our deep groundwater resources,” said Barret Kurylyk, an associate professor at Dalhousie University and Canada Research Chair in Coastal Water Resources.

Kurylyk will be joined by Gavin Kennedy, a hydrogeologist with the Department of Natural Resources and Renewables, in a virtual panel on Sunday to talk about how climate change could impact water supply.

The event is being hosted by the Rural Water Watch Association and will be streamed on their Facebook page at 7 p.m.

With changes in air temperature, precipitation and sea level rise all part of climate change, Kurylyk said extreme events that used to take place maybe once in 100 years may occur every 10 years.

Rainfall changes, or precipitation arriving as snow as opposed to rain, all impact how water is absorbed into the earth and then down into the groundwater where it’s drawn up by wells, Kurylyk said.

Along the Nova Scotia coast, it’s common to find areas where salty ocean water mixes in with groundwater, Kurylyk said.

He said that’s fine when people know where that is and avoid it. But with climate change and sea level rise, that “salty zone” is pushed further inland and upward, closer to wells.

Those in southwestern Nova Scotia have already felt these impacts. The area has a much higher percentage of people on dug wells, which are shallower than drilled ones and more sensitive to drought.

Records from the Yarmouth meteorological station show the summer of 2016, which saw a major drought, was the driest ever in this part of the province. Kennedy said 2018 and 2020 also now rank in the area’s top 10 driest summers.

The province estimates that about 90 per cent of well owners have drilled wells in Nova Scotia based on construction logs, Kennedy said, but added that’s likely slightly off since dug wells are underrepresented in their data.

While their records show about 25 per cent of people on wells in southwest Nova Scotia have shallow ones, it’s “probably even higher,” Kennedy said.

Kennedy said part of the panel will be letting people know how to handle dry wells, saltwater intrusion or flooding, which can create an unsafe situation where bacteria and harmful viruses can enter a well.

As part of his work, Kennedy has helped develop online maps showing risk levels of drought and seawater intrusion, where well owners can look up their own property.

While it’s an emerging area of research, Kennedy said there is also evidence showing that warmer conditions brought by climate change could mean greater survival rates for bacteria and viruses in wells.

More saltwater mixing into well water could also release more naturally occurring contaminants like arsenic and uranium, he said. Studies have shown links to an increased risk of bladder and kidney cancer with arsenic, and impaired kidney function with uranium.

Water conservation will be another key to avoiding dry wells as climate change continues, Kennedy said, which is already the norm in places like British Columbia and California.

He added that the other Atlantic provinces share the same concerns about climate change impacts on wells, while issues can vary in other areas.

Fred Bonner of Rural Water Watch said regular water testing is vital to make sure people aren’t getting sick from bacteria or chemicals in their water at all times, but climate change impacts make the situation “even more dire for many residents.”

Their group has worked with five communities across the province so far to handle the cost and organization of testing local wells, Bonner said, breaking down barriers for those who are low income or older people who can’t get around.