How to Take on a Billion Dollar Project, According to This Real Estate Developer 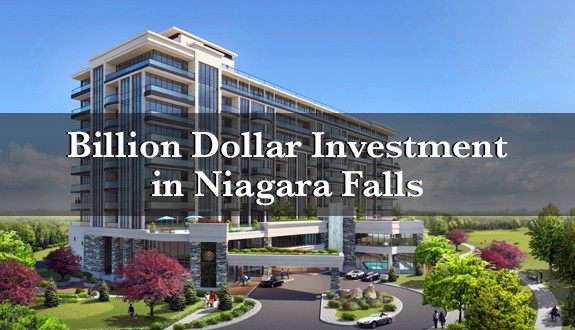 While he tends to keep a low profile, the 57-year old entrepreneur sculpts the faces of major American metropolises. From skyscrapers to airports, his team flies across the country meeting with governors, congressional leaders, mayors, and city officials who seek him out to build the most intimidating vertical downtown developments in the country.

Quite literally, the sky’s the limit when it comes to the Phoenix-based real estate giant, Don Cardon.

Perhaps the most notable of his projects is CityScape, a $1 billion mixed-use high-rise in the heart of downtown Phoenix. Along with his partner Ken Kendrick, Managing General Partner of the Arizona Diamondbacks, Cardon cast the vision for and knit together a one-of-a-kind public-private-partnership (3P) deal with the City of Phoenix and a myriad of private sector partners to erect the emblem of modern Phoenician progress.

Whether he’s working on the Williston Basin International Airport in Williston, North Dakota or the Riverfront property in downtown St. Paul, Minnesota, Cardon abides by three life principles that have aided in his success as a real estate businessman for decades.

Billion dollar projects are overwhelmingly complicated. The stress and risk can crush the undertaker if he or she doesn’t have a strong ballast.

When embarking on an impregnable project, Cardon lives by the formula, “Vision + Capital + Technical Capacity = Success.”

The city builder defines “Vision” as the ability to create both the visual rendering of an improved future and the pathway of partnerships necessary to accomplish it.

“Capital” is not just the finances behind the vision, it’s the environment where the layering of partners not only produces the cash necessary, but also the ‘stamp of confidence’ needed to bring the vision into a reality.

The third piece, “Technical Capacity”, represents the talent and materials required to build the vision.

To Cardon, if you can fit these pieces together in the right order and with scale, you can do anything, regardless of size.

“The problem that many entrepreneurs get stuck on is needing capital or finding the right talent,” says Cardon. “What’s more important is the creative strength and purpose of your product or vision. Once you understand that everything follows vision, the capital will follow and when forged with your vision, can then engage the technical capacities necessary to achieve your vision.”

“If people can’t touch it, they’ll critique it.”

At the core of things, aspiring entrepreneurs are fundamentally suggesting they have a better idea, which most will doubt, says Cardon. “Therefore, a visionary’s task is to convince partners, investors, and ultimately the market that you are right and that they should join you.”

To solve this multi-faceted challenge, an entrepreneur must first set the right environment before introducing the actual idea into it.

“With this in mind, one of the greatest lessons I have learned is, ‘If people can’t touch your idea, they’ll critique it,'” says Cardon. “By ‘touch,’ I mean the opportunity to emotionally connect to it, to sense a role in creating it, and to feel the reality of being a part of it, regardless of degree.”

The more you can let people “touch” your product or business — whether they participate in the vision, technical capacity, or capital pieces — the more they’ll be on your side. Give your critics a sense of ownership and you’ll convert them into partners, because ultimately, although there will always be critics, anything of scale requires the involvement of many.

“Glory or money. You can rarely have both.”

Finally, with high-dollar projects, Cardon has found that people tend to be motivated by either credit or capital.

“If you can discover a person’s motivation, you can architect the environment for your idea to be more successful,” says the downtown developer. “Do they value their reputation or bank account more? Whichever it is, position them in the stack accordingly. Some folks want their name at the top, others are more comfortable in the background and just want a check.”

These three principles have played a crucial part in Cardon’s career. On a more practical note, ask yourself these three questions:

What I like most about “Arizona’s million-dollar man” is his transparency. He is open and honest about his faults and defines success not as dollars in his bank accounts, nor names in his network, but as being happy with yourself.

“At the end of the day, you have to live with yourself and understand what truly drives you,” says Cardon. “If you aren’t mature enough to own your life, don’t be surprised when few want to follow you.”

Personal reflection and honesty are to Cardon, “the greatest assets an entrepreneur can possess.”

Don Cardon is writing his book, VisionFuel, expected to be published in 2018. To learn more about Don Cardon or to schedule him to speak at your event, visit his website.