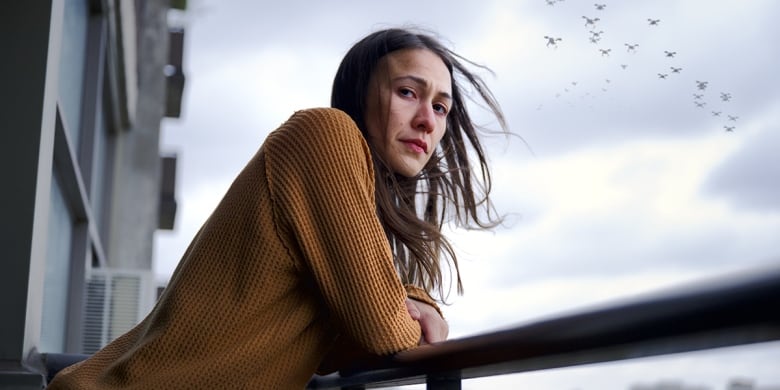 But even with this return to somewhat normal, organizers say they’re holding onto at least a part of the digital experience. The majority of TIFF’s 132 features are available to stream remotely on the festival’s digital screening site, bringing a huge selection to moviegoers across Canada and beyond.

Interested in how to put together a last-minute experience, from anywhere in the country? CBC breaks down the festival and what you can expect from the first truly “hybrid” TIFF.

How to get tickets

Though many of this year’s biggest features — like Dear Evan Hansen, Dune and Spencer — are sold out, numerous other entries still have availability left.

And while the option to buy digital ticket packages has already passed, TIFF’s digital Bell Lightbox is still offering single-ticket purchases through its website.

Some of the year’s buzziest offerings — including Night Raiders, The Eyes of Tammy Faye, The Power of the Dog, The Guilty and more — are available for rent.

Prices range from $19 for most showings, and $26 for Gala and Special Presentations; the website allows you to filter by tickets that are still available.

A celebration of work by Abenaki filmmaker Alanis Obomsawin is also available online for free, through the retrospective Celebrating Alanis. Obomsawin, 88, is often described as an activist filmmaker, whose documentary films focus on issues of colonization, injustice and Indigenous strength and dignity.

One thing to note with digital screenings this year: organizers have shortened the viewing window for rentals. Viewers will only have four hours from the films’ scheduled start times to finish watching.

Outside of digital screenings and Toronto’s in-person showings, there will be a number of “satellite screenings” in cities across the country. There will be a showings of The Electrical Life of Louis Wain in Summerside, P.E.I.; Night Raiders in Collingwood, Ont., and Saint John, N.B.; I’m Your Man  in Markham, Ont.; Official Competition in Prince Rupert, B.C.; and Charlotte in Moose Jaw, Sask.

A special IMAX screening of Dune is also scheduled to take place in Montreal on Sept. 12. While tickets for the other showings are available through Cineplex, Dune‘s screening tickets are being allocated by a contest run by Bell.

While Canadian filmmaker Denis Villeneuve’s sci-fi epic Dune is likely turning the most heads, TIFF has more to offer than that.

Stephen Chbosky’s musical feature Dear Evan Hansen is the opening-night film, and has already sold out all of its screenings.

Titles poised for major attention include:

Of those, all but Spencer will be hosted on TIFF’s digital platform. Other Canadian offerings include the Catherine Hernandez adaptation Scarborough, Barry Levinson-directed The Survivor, family drama All My Puny Sorrows and the coming-of-age film Wildhood.

Clifford the Big Red Dog was originally in the lineup but was pulled in early August after Paramount postponed its release amid COVID-19-related concerns linked to the delta variant.

Despite the spectre of delta hanging over the fest, TIFF co-heads Cameron Bailey and Joana Vicente projected optimism as they prepared to present another hybrid showcase — albeit one with more indoor venues and in-person glitz than last year.

“We’re very excited about the festival. We definitely have put safety first and it’s really been what guides us on how we plan for the festival,” Vicente said in a recent phone interview.

“Of course, we are incredibly concerned about the rise of the delta variant, but we feel that we are taking all of the measures that are necessary to provide a safe environment for our audiences, talent, industry and press.”

Those measures include a requirement that festival staff, audience members and visitors entering TIFF venues show proof they have been fully vaccinated against COVID-19 or proof they have tested negative for COVID-19 within the last 48 hours.

The vaccine mandate, which does not apply to outdoor venues, was announced on Aug. 23. TIFF had previously said proof of vaccination would not be required to enter festival grounds.

Similar vaccination rules are also in place at the current Venice Film Festival and the upcoming Sundance showcase.