How the American health system is holding up compared with ours 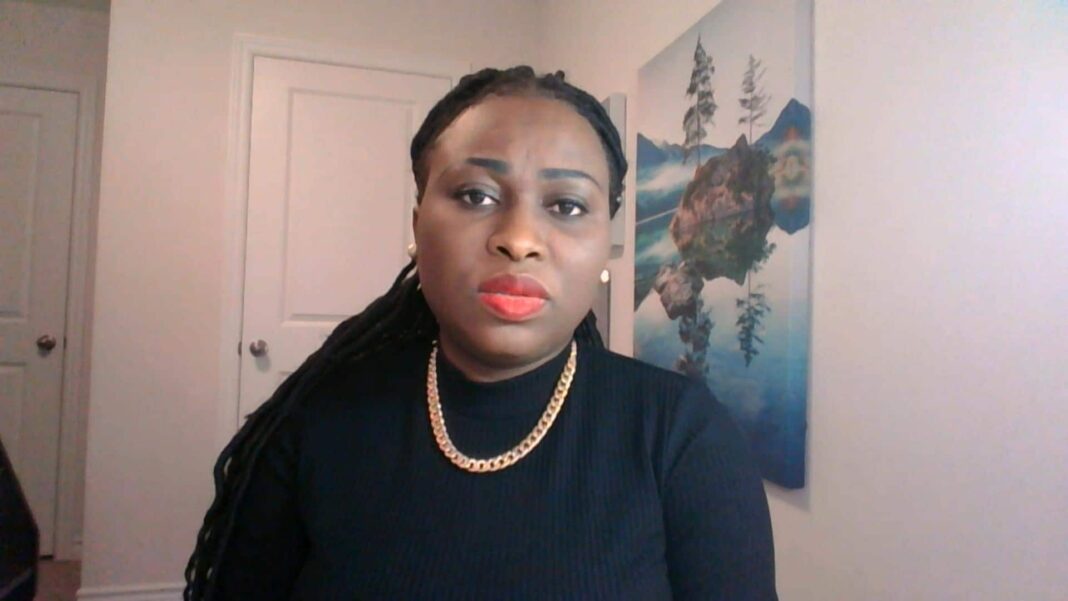 Everyone’s got an opinion on health care, especially now, as Omicron tests our various systems, exposing their vulnerabilities and overwhelming weaknesses in an avalanche of illness.

Few, however, have Jenna Meloche’s perspective.

She’s a Canadian nurse working in U.S. hospitals. She lives in Ontario, has nearly two-dozen friends and family working in Canada’s medical system, and works for an agency that’s posted her in several American states through the pandemic.

So while health care may elicit potent emotions as a matter of national identity to some in Canada, and as a political litmus test to some in the U.S., for her it’s everyday life.

And it’s been exhausting lately. She said the health workers she knows in the U.S. are drained, mentally and physically, with many thinking of leaving the profession.

She’s hearing friends ask: “When does this end? When do I lose my wit’s end as a health-care provider and say, ‘I need to step away from nursing for my wellbeing?'”

Yet she fears her Canadian colleagues have it worse.

Even before the pandemic, she said, she worked in Ontario and saw a lack of tools and resources, feeling physically exhausted after shifts in a feeling she compared to “drowning.”

Last week, another Ontario nurse wept during a CBC News interview and said staffing shortages would cost lives: “People are going to die because of a nursing shortage,” said Birgit Umaigba.

But make no mistake: for-profit U.S. hospitals have their own struggles. The COVID-19 surge is exposing different flaws in our widely different systems.

WATCH | Ontario nurse: People will ‘die’ because of staff shortages: 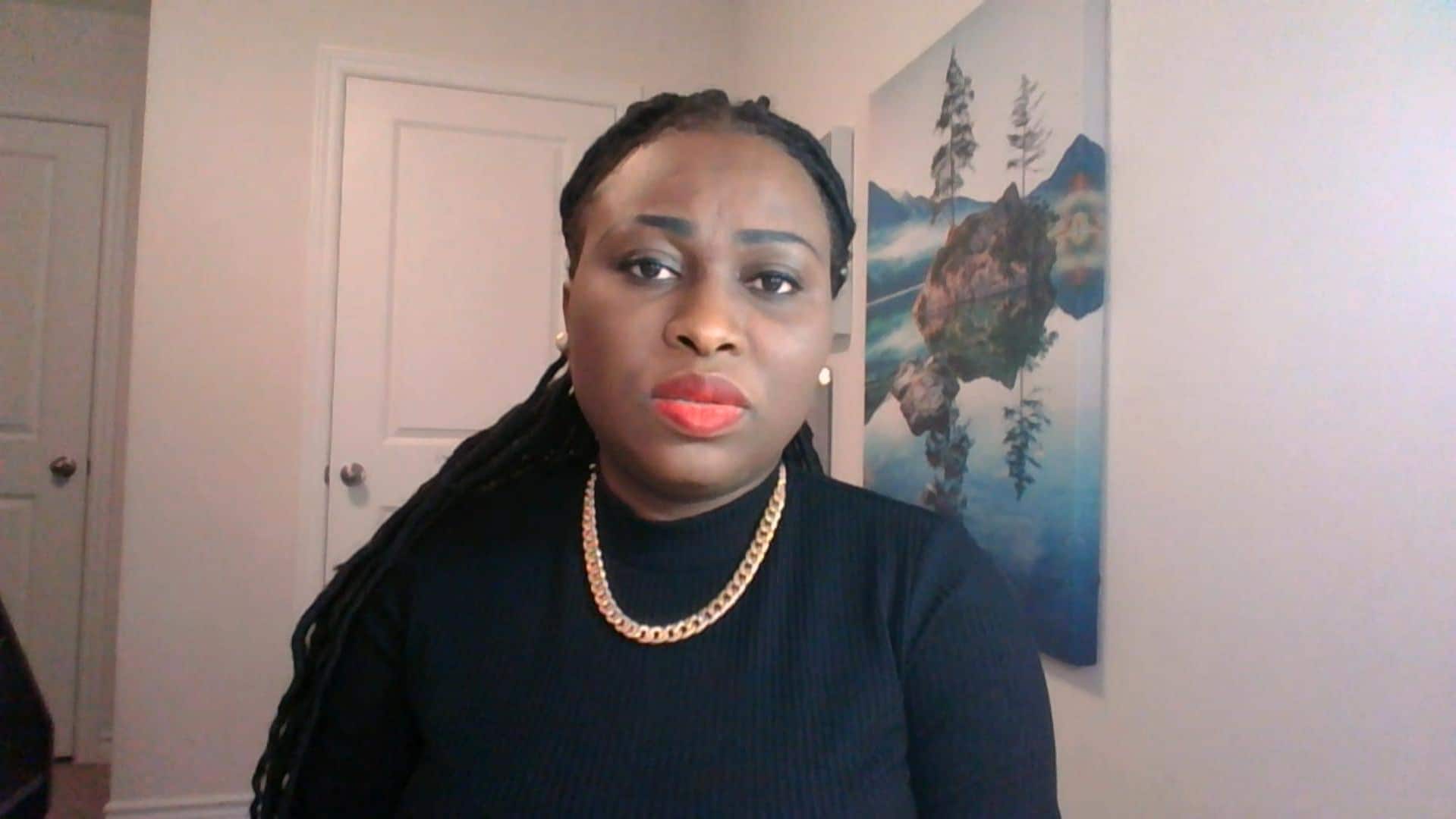 Nurses are breaking down, crying and quitting because of the intense pressure they face on the job due to a severe staffing shortage, says Toronto intensive care unit (ICU) nurse Birgit Umaigba. 10:01

The strain on Canadian hospitals has prompted some analysis that Canada’s more cautious attitude exhibited during the pandemic is driven by a hard practical truth that we simply can’t keep things open like the U.S. has — because our health system would immediately crack.

The public data does support the idea that Omicron has filled Canadian hospitals faster, as its slightly fewer beds and far fewer nurses are buckling under current volumes.

But look closer, and it turns out U.S. intensive-care units are actually slightly more filled than in some Canadian provinces.

Critical-care units in Massachusetts are packed and administrators have been desperately searching for beds.

Michigan hospitals have had military help for over a month handling their influx of patients, with Army doctors, nurses and support staff assisting at the hospital where Meloche has been working lately, Spectrum Health Butterworth in Grand Rapids.

An executive there says the reality is actually worse in Michigan than indicated by the public stats, which he said inflate the number of available beds by listing the number that are licensed, not the number actually staffed.

It’s even worse in the emergency rooms, and COVID-19 is still spreading like wildfire, as evidenced by test-positivity rates there last week hitting a ghastly 40 per cent.

“Which means they’re in hallways. The waiting rooms are full and there’s a line standing down the hallway waiting to get in.”

Meanwhile this latest variant is ripping through the staff.

There were 850 employees in quarantine last week among the 31,000 working at Spectrum Health’s 14 hospitals in Michigan.

Tuttle actually wishes his country took a page from Canada’s playbook, which has had only one-third the U.S. death rate during the pandemic.

He expressed frustration that his area is still holding mass super-spreader events, with thousands gathering at high-school and college sports games.

This pandemic has revealed different deficiencies in each country.

In Canada, it’s the mostly public system with fewer hospital beds per capita than the U.S., and far fewer than some European countries, along with way fewer nurses.

In the U.S., it’s the mostly private system that costs way more than Canada’s, leaves approximately 10 per cent of the population uninsured, and yields a lower life expectancy and more premature deaths.

And now U.S. hospitals are hurting financially; dozens have declared bankruptcy during this pandemic because they make money from elective surgeries that are on hold.

One non-profit hospital, for example, at the University of Washington in Seattle, has been forced to postpone non-urgent surgeries until Jan. 14.

And Dr. Ali Mokdad suspects that delay could be extended because COVID-19 is battering that institution too.

“We are at 104 per cent [bed occupancy] right now,” said Mokdad, a professor at the Institute for Health Metrics and Evaluation at the University of Washington.

“We are overwhelmed by COVID patients.”

He said some hospitals will fail financially because of this surge.

How Canada’s systems can improve

Michael Decter, a former deputy minister of health in Ontario and onetime chair of the Health Council of Canada, said Canadian hospitals are built to tolerate periodic overcrowding, with a seasonal surge that strains capacity to 110 or 120 per cent.

But he said nearly two years of COVID-19 has broken the playbook because there’s been no relief.

One weakness in Canada? It over-relies on hospitals for things like day surgeries, which Decter said are handled in the U.S. at external facilities. This practice crowds hospitals, and it costs more money to do knee, hip and cataract surgeries here.

Another weakness is the dearth of online or virtual consultations, he said.

Decter recalls attending a conference a few years ago where he learned one U.S. health provider was doing 20 per cent of its consultations virtually; by comparison, in Ontario, it was half of one per cent at the time. He said Canada has since ramped up but not to U.S. levels.

‘We tend to ration everything’

Here’s where political philosophy kicks in. In the public system, he said, it would be politically toxic for governments to train too many nurses and have some wind up unemployed; the U.S. private system doesn’t have that problem.

He said Canada can do better than the status quo, which he describes as rationing care.

He recalled talking to one Canadian emergency-room administrator who opined that people come into the waiting room, they wait six or eight hours, and if their problem isn’t serious, they go home.

“It’s not good,” he said. “We tend to ration everything.”

As for the U.S., he said, its system is burdened by massive costs — related to management and litigation, time-consuming disputes between hospitals and insurance companies, violence and gunshot wounds, and, on a positive note, more frequent equipment modernization.

She said some Ontario hospitals didn’t get computerized charts until the pandemic was underway, forcing nurses to crowd around a piece of paper to read a doctor’s handwriting.

Another Canadian working in a U.S. hospital said he hopes this crisis inspires policy-makers back home to do long-term planning for big surges.

This won’t be the last pandemic, even if COVID-19 ever ends, said Dr. Rishi Seth, a Winnipeg-born physician working the COVID-19 ward at the Sanford medical centre in Fargo, N.D.

As for his own hospital, he said volumes are manageable and nothing like the nightmarish experience of last winter.

“I think things are going okay,” he said.

Then again, North Dakota hasn’t come close to the surge in omicron cases seen on the East Coast, or Florida’s record case levels.

Yet even there, Miami nurse Alix Zacharski says this wave is nowhere nearly as brutal as last year’s Delta, where she lost patients in their 20s and 30s.

“Last summer it felt like we were under attack,” said Zacharski, who manages the ICU at Jackson Memorial Hospital, recalling long days filled with grief.

This? The hospital can handle it so far — but it’s not over.