How struggling with infertility changed me forever 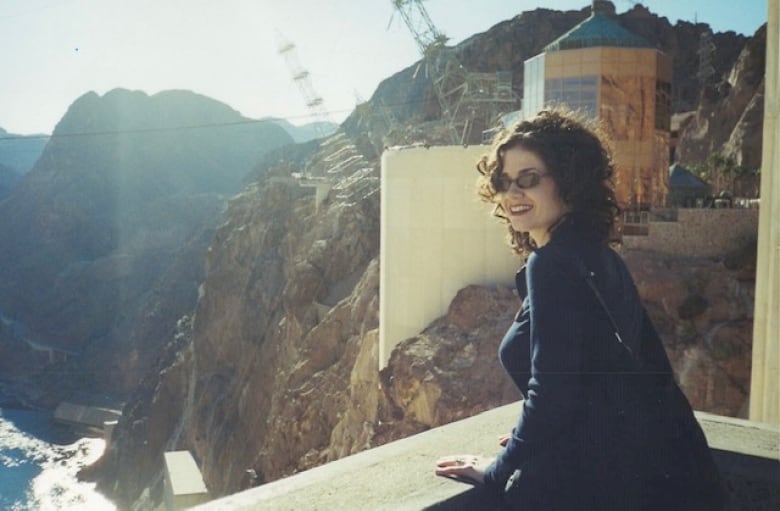 This First Person article is the experience of Kathy Giangaspero, a health-care communications specialist in Montreal. For more information about CBC’s First Person stories, please see the FAQ.

Some journeys you choose in life. Like the captain of a ship, you plot your course and set out with a target in mind, confident that the route will get you there. When my husband, Nick, and I decided to start trying for a family, our path forward was not clear.

I was diagnosed with infertility, so we had to learn how to steer our course in uncharted waters and accept the fact that we might never reach our destination.

In 2004, I remember confiding in my gynecologist that I felt something was wrong. Aside from an irregular menstrual cycle that had plagued me for years, my symptoms were bothersome and I hemorrhaged too much. With my 31st birthday around the corner, I also knew I wanted to have a baby.

Following a routine examination in which I was reassured all was fine, I heeded the advice of a wise friend. I told my gynecologist that I had been trying to conceive for more than six months and would not leave his office without a referral for a fertility specialist. Ten minutes later, I exited — paper in hand.

The fertility clinic was one block away from where I worked. At the time, the proximity actually caused me anxiety. Being a private person, I couldn’t imagine anything worse than encountering one of my colleagues while leaving the medical building at 7:30 a.m. Yet as my journey progressed, that would turn out to be the least of my worries.

During our first appointment, a wave of uneasiness washed over me. While we were told Nick only needed to provide a semen sample for analysis, the infertility investigation process for me was more complicated. It began with a hysterosalpingography, an X-ray test used to determine blockages in the fallopian tubes. I was injected with dye, which was slightly painful, but bearable. As it turned out, my tubes were fine.

Next came the transvaginal ultrasound — an examination which was both uncomfortable and invasive. Performed during the heaviest days of a woman’s period, it involves the insertion of a probe that pokes you all over while images of your reproductive organs are displayed on a monitor. It was during this test that I was diagnosed with polycystic ovaries, a condition that impairs the release of eggs each month.

I was also informed that I had one “lazy” ovary, and that the lining of my uterus was too thin to sustain a fetus in pregnancy. Shocked and discouraged, I glanced over at Nick who was sitting quietly in the corner of the room. Our eyes connected and the shared sadness was palpable, even from a distance.

However, our fertility specialist was optimistic. His proposed treatment regime was ovarian stimulation with medications. Other than taking Midol on occasion, pills had never been a part of my lifestyle for 30 years, so the option did not sit well with me.

As we were left alone to discuss next steps, I had a little meltdown. The infertility diagnosis made me feel like damaged goods. Our talk turned emotional and tears were shed. I was frustrated since it was my issues that were keeping us from having a baby. While I could accept that I did not have a normal reproductive system, never did I imagine it would cause a problem for us.

In my mind, I was still young and in relatively good shape, therefore my eggs should have been plentiful and healthy. Why, then, did I have to inherit such poor genes? My plan had always been to have my children earlier rather than later. Since Nick and I had chosen to travel the first two years of our marriage, I chided myself for having waited to start a family. I even foolishly wondered if my infertility was punishment for something I’d done.

Given that the medications would impact my body, the decision was left to me to make. So I half-heartedly agreed to a three-month trial whereby I would take a non-steroidal fertility medicine to stimulate ovulation, paired with hormonal therapy to thicken my uterus lining. The treatment did not work.

Life as we knew it was never the same from that day forward. We tried a second line therapy which involved ovarian stimulation with synthesized hormones. I had to self-inject on a daily basis. The first few times I wasn’t able to do it, so Nick would rush home from work to administer my dose and then head back to the office. During that stretch, we had weekly doctor’s appointments, scheduled windows for intercourse and moments where supporting one another through the journey became very challenging.

Worst of all, I was inseminated three times and nothing took. At that point, I started to resent my body. And I cried often.

Day by day, my nerves wreaked havoc on my system and the stress consumed our marriage and me. I experienced side effects from the medications and found it difficult to focus at work. Close friends and family members tried desperately to keep my spirits up. But I lost all hope as each passing month brought another disappointment.

The final blow — that I required in vitro fertilization — did me in. I had reached my limit. Refusing to put my body through one more procedure, I stopped all treatments. For me, the ship had sailed.

However, as fate would have it, our journey to parenthood was not over. Three months later, we discovered that I was pregnant.

In March 2007, Nick and I welcomed a son, our first miracle baby. I became pregnant again less than two years after only to miscarry, followed by a third pregnancy, which led to the birth of our daughter in 2011.

Looking back, I believe that choosing to listen to my body was the best thing for me. Having weathered many storms, I had the good sense to realize that I needed a break — a time-out from the craziness that had become my world.

Although I never gave up on my dream of motherhood, I did leave all expectations, schedules and therapies behind. I focused on my healing and let nature take its course.