How Quebec’s vaccine passport will work, and where it will apply 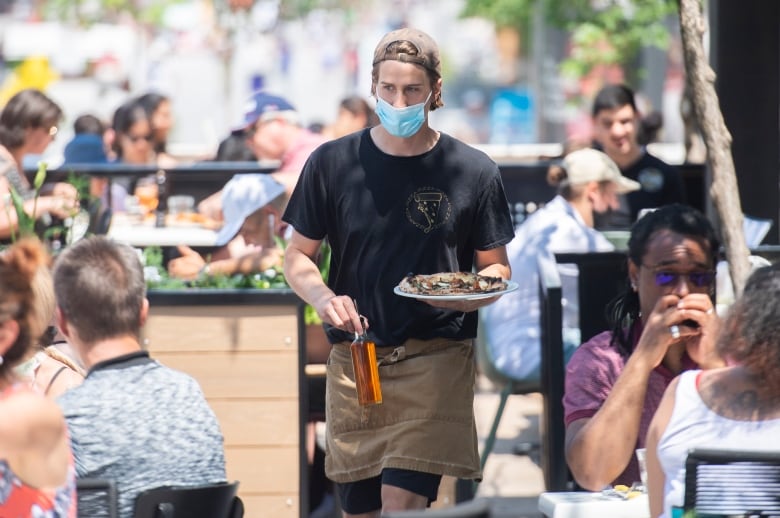 The Quebec government is putting into place a vaccine passport system starting Sept. 1 that will effectively bar people who aren’t fully vaccinated from many non-essential activities.

The passport — an electronic record of vaccination in the form of a quick response (QR) code — has already been tested out at various establishments across the province, including a restaurant, bar and gym.

Here’s a primer on what you need to know about the system, which is the first of its kind in Canada.

The vaccine passport system applies to anyone aged 13 and over. It will be implemented through an app, called VaxiCode, which will be available for download starting Aug. 25 on Apple devices, and soon after on Android. The app will display your scannable QR code once you have uploaded it. The code contains your name, date of birth and vaccination status and is sent by email by the province, or can be downloaded from this government web page. It is possible to include the QR codes of family members in the same app, and a printed-out version of the QR code is also valid.

What about for businesses?

A separate app will be made available for the businesses and event organizers who need to scan your QR code. That app is called VaxiCode Verif. When scanned, the app will show your name in green if you are fully vaccinated, and in red if you are not. Customers will need to show identification to cross-reference with the QR code.

Where will it be used?

The vaccine passport will be necessary to take part in a wide range of activities and events determined to be at a high risk of transmission of the coronavirus. Those include festivals, gyms, sports venues and training facilities. Restaurants and bars will require a passport, even to sit on terrasses, but not for takeout. Other places requiring passports include casinos, bingo halls, bowling alleys, amusement parks, fairs, marathons, escape rooms and zoos. A full list of places and events where the vaccine passport will be required is available on the province’s website.

Passports will not be required to access public schools. A passport will be needed to prove older students have been vaccinated if they wish to participate in extracurricular activities considered high risk. Teachers, students and chaperones will not need to present their passport during a school trip.

Vaccine passports will be required for team sports or physical activities outdoors involving frequent or prolonged contact, with the exception of professional and school settings. People who reside at the same address or those just practising in an unorganized setting won’t need a passport, but all sports and physical activities indoors will require one. The province provides a list of all sports where a passport is required on its website.

Where will it not be required?

Beyond basic services like grocery stores and pharmacies, there are several places where vaccine passports will not be required including private gatherings, weddings, funerals, places of worships, spas, driving lessons and lodging.

How will the passport be enforced?

There will be some leniency in the first two weeks, but penalties will be applied starting Sept. 15. People can use only their own QR codes. Anyone who commits fraud in connection with the vaccine passport could face hefty fines, ranging from $1,000 to $6,000. Altering a government document or using falsified identification is punishable under the Criminal Code.

What about business owners who refuse to comply?

There will be inspectors checking non-essential businesses for compliance just as there has been with masks and other health measures. Customers can also report businesses that are not checking QR codes. Non-compliance could result in a business being shut down.

What if the app doesn’t work?

The province has set up a help line for anyone requiring assistance: 1-877-644-4545. There will also be more information available on the Quebec government website.

Critics have raised questions about the security of the system. But at a technical briefing, government officials stressed no location data is accessible from the QR code and that the scanned information isn’t retained by VaxiCode Verif. You don’t need to be online to use the app. The app was developed by Akinox, a Quebec-based company. CEO Alexander Dahl said Akinox has been working closely with government experts in cyber security, privacy and protection of personal information.

What about people who can’t get vaccinated for medical reasons?

Dr. Horacio Arruda, Quebec’s director of public health, said it is extremely rare that somebody can’t get vaccinated for medical reasons, especially given the type of vaccines being offered. In that rare case, their doctors can fill out a document and the person will be issued a QR code to access non-essential services.

Will it be useful outside Quebec?

The app was developed in compliance with international standards of something called the SMART Health Card. The province said it is working with the federal government and other provinces to ensure the app is applicable in other jurisdictions.

What about visitors to Quebec?

People who reside in another province or country will be able to show a printed proof of vaccination, combined with identification that proves where they live.

What other places require a vaccine passport?

British Columbia recently announced its own “vaccine card,” which will be required to attend a concert, sporting event, movie, restaurant, nightclub, casino or fitness class. In the United States, New York and California also require proof of vaccination for some events. France, Germany and Israel also have vaccine passports.

Why does the government say it is needed?

The intention of the passport, the government says, is to avoid the widespread closures that marked earlier waves of COVID-19 in Quebec. It will allow those who are fully vaccinated to take part in activities such as sports, concerts and dining out that were once prohibited. The government is also hoping the passport serves as motivation to get vaccinated for those who haven’t.