How Libya, a migrant haven, collapsed with Gaddafi’s fall 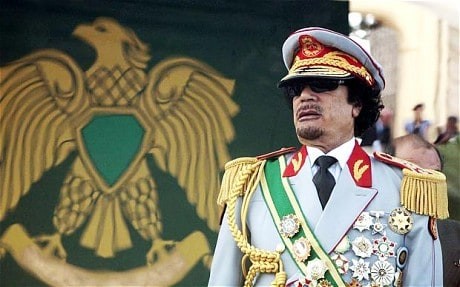 Once an El Dorado for those seeking work and advancement, Libya has turned into the seventh circle of hell for migrants whose experiences range from exploitation verging on slavery to kidnapping and torture.

Back in the days when Muammar Gaddafi was leader, Africa’s second-largest oil producer was billed as a top destination for those looking for jobs and money.

But with the collapse of the Gaddafi regime in 2011, everything changed.

These days, those who have been there say Libya is in the grip of anarchy, controlled by a network of armed groups and militias, a place where African migrants are exposed to every form of abuse.

“Now Libya is bad, bad, bad,” said Ibrahim Ali, a native of Guinea-Bissau who has just returned to Agadez, the main city in central Niger which has become a revolving door for economic migrants from sub-Saharan Africa.

Exhausted by his trip back through the desert, this young man appears traumatised by the two years he spent working there.

“Guns, everywhere guns. It no good any more,” agrees Eric Manu, a 36-year-old bricklayer from Ghana who stayed there for several years.

He said he left because of the unrest but also because wages had fallen by two-thirds and that he’d had problems being paid.

“You can work and they don’t pay you.”

– Scavenging at the abattoir –

“Too much thieves — sometimes they look for telephones, for money. If you don’t give (it to them), they can kill you, shoot you,” says Manu.

Originally from Abidjan in Ivory Coast, he was able to wire the money back home knowing full well there would be bandits waiting on the route back to Agadez, where he eventually arrived without a penny to his name.

Kante Sekou, a 27-year-old graduate, left Guinea in 2013 in the hope of getting to Europe.

But he gave up after reaching Libya where he spent a difficult time dodging both the police, who were arresting people, and the militias who were fighting each other.

He was finally taken on as a labourer on a construction site with a group of other migrants.

“It’s shite. We were paid 15 dinars ($11/10 euros) per day and we had to hand over five of that for food. But we never saw any money. We would sometimes go three or four weeks without being paid,” he said.

“The food ran out and we didn’t know what to do,” recalls Sekou, who holds a degree in communications studies.

“In one village, we had to go into an abattoir (to find food). We took the leftovers — camels’ feet and things like that which nobody wanted.

One day, the workers were told the money had arrived, but Sekou wasn’t paid what he was owed so he upped and left, moving to Misrata in the west where he worked as a decorator.

He also had a run-in with bandits, who routinely kidnap migrants and lock them up in makeshift ‘prisons’ in order to extort a ransom.

“Once, I had to jump out of a moving car to escape from armed men who wanted to take me away,” he recalls.

Others weren’t so lucky, such as 26-year-old Ibrahim Kande from Senegal who says anyone earning money — which is usually sent home to support family — is targeted by bandits.

“If you earn money, the ‘boys’ (armed men) catch you, beat you, and put you in prison — not a normal prison, a private one,” he says,

“They call your parents and you have to tell them ‘Send me the money or they’ll kill me’.”

The money is picked up in the home country by an intermediary who gives the green light to free the captive, according to a modus operandi confirmed by multiple migrants.

Then, through various murky channels, the money is transferred to Libya.

“They hit me many times, they kicked me, stabbed me,” says Kande, showing scars on his forehead and on his leg.

“They robbed me three times. You can’t sleep, you’re always afraid. I suffered a lot.”

Balde Aboubakar Sikiki from Kindia, a city in Guinea, was also kidnapped and held in a private prison.

“They look like normal houses from the outside, but there are rooms where they lock you up. There are many people in there,” says this 35-year-old.

He also says he was tortured before paying the ransom to get out.

“They take you out of the cell and they beat you on the soles of your feet with batons or cables,” he says.

Such stories are rife among those who have returned from Libya.

Even so, there many people in Agadez who remain undeterred by such horror stories.

“It will make the journey more expensive because it’s dangerous, but in the end, it’s always the migrants who pay,” shrugs one.