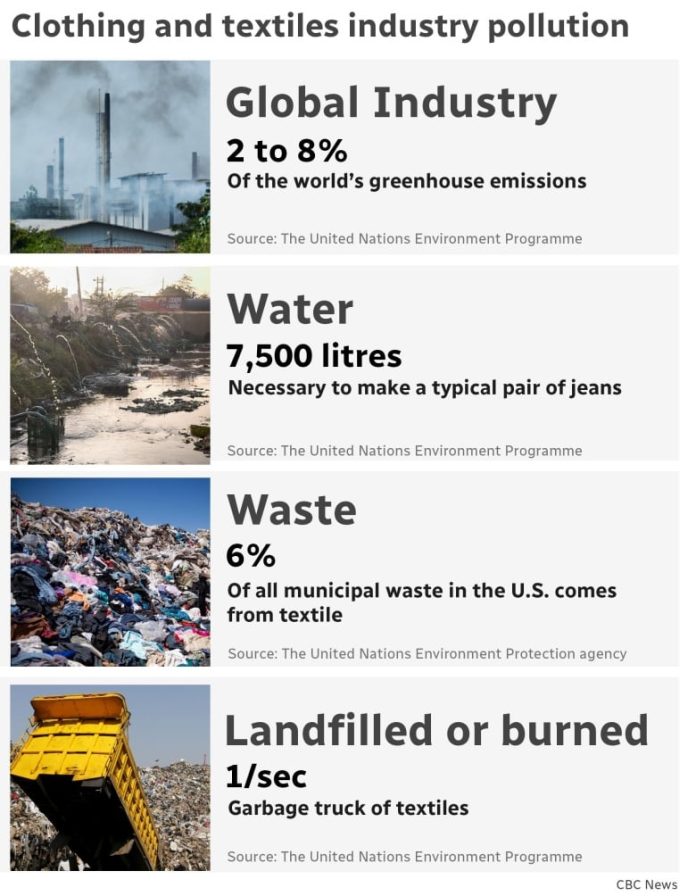 In 2016, he met Oghosa Ogiemwonyi, who always loved the thrifted clothing Akom now chose to wear as an adult. When the pandemic shut down thrift stores, the two saw an opportunity, one that would feed their love of fashion and help stem the clothing industry’s environmental impact.

“If you buy second-hand clothing, you are not only saving on cost, you are also extending the life of the planet,” said Akom.

Between the chemicals, large water supply needed for production, and the piles of clothing that wind up in landfills, fashion is one of the worst industries for the planet. According to the United Nations Alliance for Sustainable Fashion, it’s estimated the clothing and textiles industry is responsible for between two-to-eight per cent of the world’s greenhouse gas emissions — more than all international flights and global shipping combined.

But a number of Canadian companies are trying to slow down the process with circular concepts like online thrifting and developing sustainable materials. They’re part of a growing global ethical fashion trend as more consumers seek to shop conscientiously.

Akom says he initially didn’t want to get into the fashion industry because of its negative environmental impact. Ogiemwonyi sees their work as a mission to help the future.

“I think what drives me the most is just the fact that I love fashion, first of all. And secondly, I want to have kids someday and I know with the rates that fast fashion is growing, it’s scary to think about what will happen in the future,” said Ogiemwonyi.

Ogiemwonyi is referring to “fast fashion” — dubbed “fast” because it’s not designed to last long. Its lesser quality keeps the cost low, allowing people to purchase more and making its way faster to the landfills. It’s also fast for the speed at which styles on the runways hit the stores. 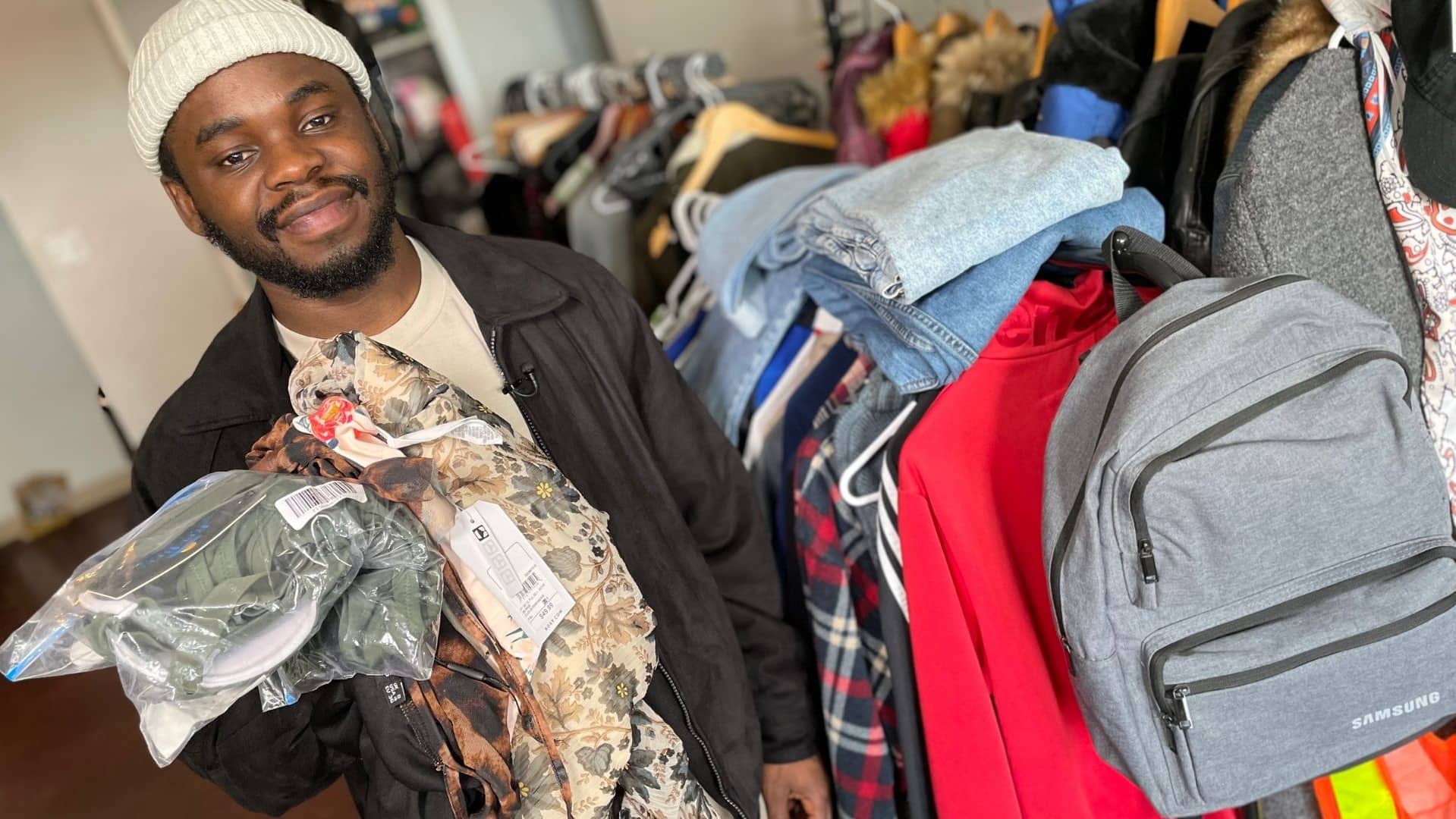 The clothing and textiles industry is responsible for an estimated 2-8% of all greenhouse gas emissions, but these Canadians are trying to disrupt the environmental impact of fast fashion. 6:13

It’s estimated that every second, the equivalent of one garbage truck of textiles is added to a landfill or burned, according to the United Nations Environment Programme. The industry isn’t just impacting the land, but the planet’s water supply as well. According to the United Nations Alliance for Sustainable Fashion, textiles account for about nine per cent of annual microplastic losses to the oceans.

The United Nations Environment Programme also says that it takes about 7,500 litres of water to produce just one pair of jeans.

Ogiemwonyi says many of the clothes the Winnipeg-based company acquires to sell still have the original price tags on.

“People just want to buy, and when it’s affordable, everyone wants to get it and when they get it, they don’t even have time to wait before the next new trend,” said Ogiemwonyi.

Fast fashion is weaving into our social fabric in large part because of a desire to follow social media trends. It’s fed by companies like Shein, boasting about thousands of new styles, mass-producing affordable, trendy clothes globally.

The United Nations Environment Programme warns that if this trend continues and nothing changes, by 2050 the fashion industry will use up a quarter of the world’s carbon budget.

“The whole idea of fast fashion is to get it quick and get rid of it quickly. And so if you buy second-hand clothing, you are slowing down the process of [it] ending up in a landfill,” said Akom.

Without a storefront, and still working to gain traction among shoppers, Thriftsome’s clothes are currently stored at Ogiemwonyi’s apartment. But Akom is optimistic their business will grow, and he’s also trying to tackle the stigma around second-hand clothing, showing that it can be fashionable and sustainable — not just a last-chance option.

“We are hopeful because this generation cares so much about the planet … and we hope that they will put their money where your heart is,” said Akom.

While some are reinventing the wheel, Waterloo, Ont.-based startup, ALT TEX, is inventing a new type of material — from food waste.

Arshad and her co-founding colleague, Avneet Ghotra, want to replace polyester — a synthetic fibre that doesn’t break down. Polyester is a popular textile in the fashion industry, playing a large role in the throwaway cycle, and adding to the mounting piles of clothes in landfills.

“A lot of us don’t realize it’s made from fossil fuels. We love to blame cars and the power companies and say that that’s what’s causing the carbon emissions. But we’re not realizing that we’re literally wearing fossil fuels,” said Ghotra.

“We’re really hoping that by creating these items, the average Joe sitting at home can really connect deeply with the T-shirt they’re wearing. Really take care of it, give it a long life cycle, but at the end of its lifecycle, know that it has a home back into the planet rather than the landfill,” said Arshad.

From apples and potatoes to T-shirts

By using biodegradable materials such as apples and potatoes — two of Canada’s major agricultural products — the polyester alternative is more sustainable.

“All food has the right building blocks. Every food has a certain amount of sugars. So we can always retrofit and change our food waste,” said Ghotra.

According to Ghotra, it won’t look any different from traditional polyester, but the end result will be a piece of clothing that, instead of sitting in landfill for centuries, will biodegrade. Not only are they hoping to solve wasteful clothing, they are doing it by diverting what otherwise would be food waste — and currently, more than half of food produced in Canada is lost or wasted, according to a 2019 report.

Ghotra says they are using commercial and industrial food waste that doesn’t end up on the shelves. She estimates that one T-shirt would use up about one kilogram of food waste.

Arshad and Ghotra are aiming to have clothing prototypes available within the next one-to-two years. To date, they have raised just over $2 million in funding, from both investors and grants. One of investors backing the idea is retired Canadian astronaut, Chris Hadfield.

Although the lab is a long way from the fashion runways and production factories, Ghotra says they are currently in talks with a handful of potential customers.

“As soon as we have our product ready, we will be piloting with them and we’ll be hitting those runways in Milan soon, sooner rather than later.”

While Canadians wait for more sustainable options to become widely available, Kelly Drennan, the executive director of Fashion Takes Action, a non-profit organization focused on sustainability in the fashion industry, says there are ways to mitigate the environmental issues within our current closets.

Drennan encourages people to shop their own closet before heading online or to retail stores.

“If you feel like you really are lacking something in your wardrobe, chances are it’s already in there.”

Drennan preaches the seven Rs of fashion sustainability: along with reduce, reuse and recycle, there’s repurpose, repair, rent, resell, and then recycle again once the clothing has exhausted its lifespan.

It’s a philosophy her organization promotes to students as part of youth education programs they deliver in schools.

“We really wanted to play the long game when it came to systems change and behaviour change. And we thought, okay, if we could get young people as young as eight years old up to 17 to really connect with fashion and how it impacts the planet and the people who make our clothes, then longer term, we actually might see some of those changes.” 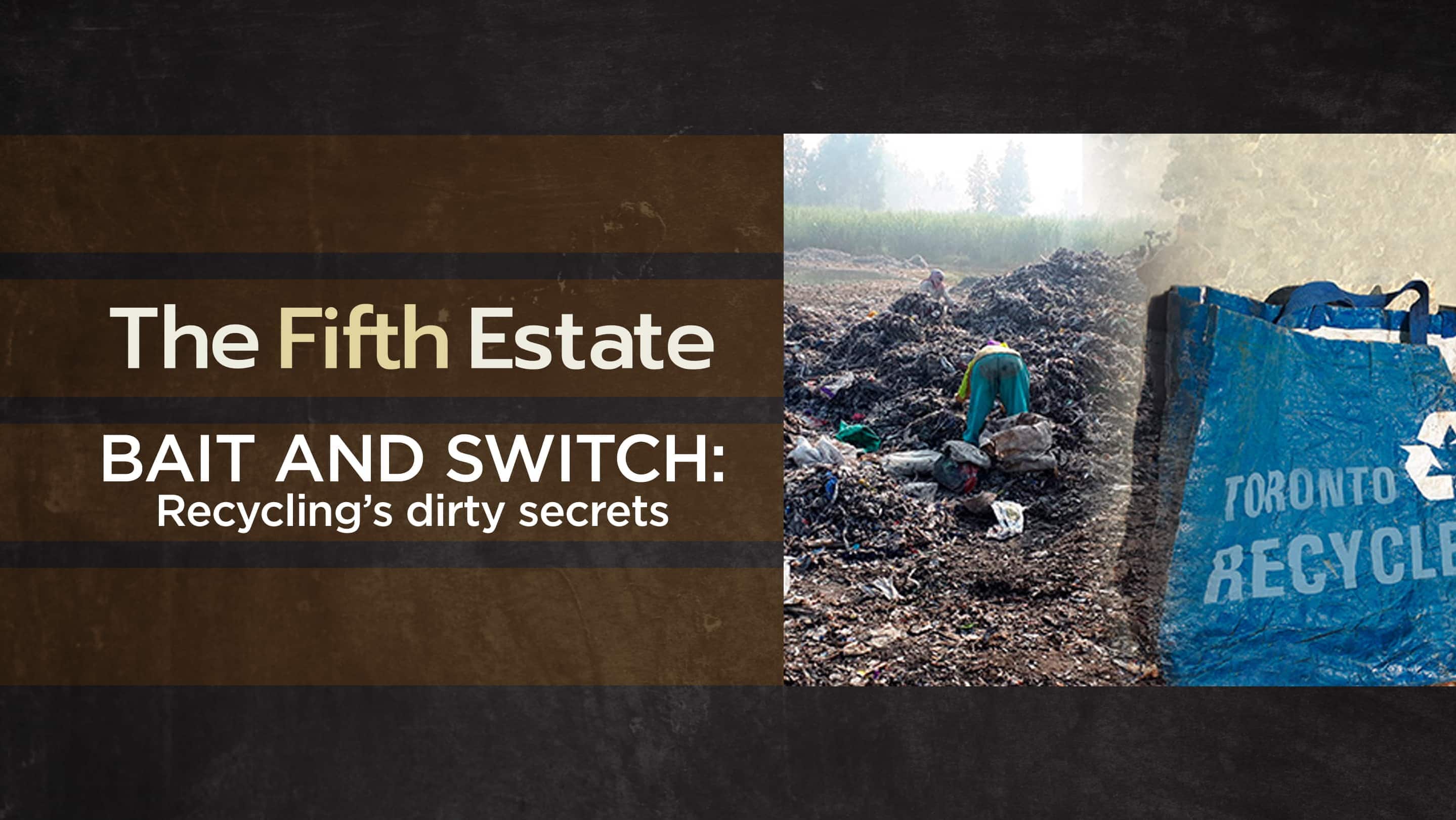 The sustainability message has reached some shoppers along Toronto’s Queen Street West, a trendy shopping district.

“One of my favourite things to do is vintage shopping. So by supporting vintage shopping, you’re supporting recycled clothing,” said Patrick Marzouk, 37. He said he shops online and in-person at stores about once a week, always looking for new finds.

“I definitely avoid Shein and the big producers. I don’t buy from them. I try to buy things that I know I’m going to wear all the time.”