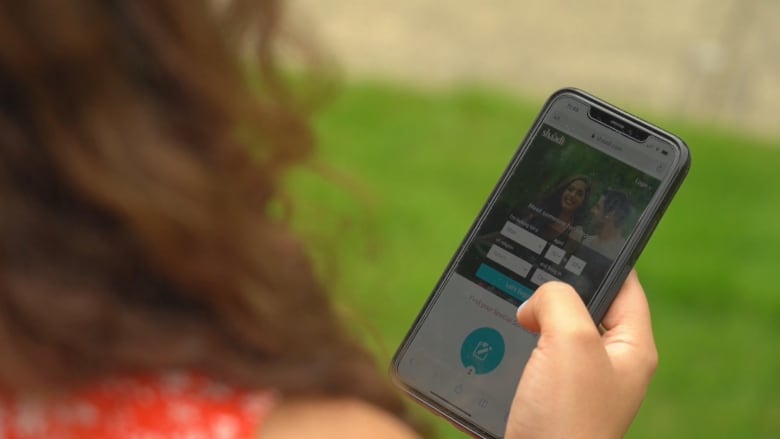 When Meghan Nagpal decided to take her chances at finding love by signing up for a popular matchmaking website, she never expected to be asked to describe her skin tone — let alone the skin tone she would find desirable in a partner.

About a year ago, Nagpal joined Shaadi.com, a website that asks users to choose potential matches based on family background, status and body type. She said there was also a filter asking users for their preference of skin colour.

“I felt really uncomfortable,” said the University of Toronto graduate student, who is originally from Vancouver.

Nagpal soon deleted her account, but returned to the site last month after feeling some pressure from her mother to get married. She was again confronted with the skin-tone filter, which allowed users to select from “fair,” “wheatish” or “dark.”

This time, after all the worldwide anti-racism protests inspired by the Black Lives Matter movement, her discomfort turned to outrage.

A popular South Asian matchmaking site removes skin tone filter thanks in part to the lobbying of a Toronto woman. 2:26

The skin-tone filter, she said, sparked her realization that something needed to be done about what she called the South Asian community’s bias against skin colour.

“There’s a preference for fair skin in the culture when it comes to marriage and finding a life partner,” she said.

Discrimination within communities of colour

To Nagpal, the need to do something felt urgent because even though many prominent people in the South Asian community have come out in support of the Black Lives Matter movement, there are still some, including Bollywood actors, who continue to promote creams that promise to lighten skin tone.

Nagpal emailed the website, which is owned by a company based in Mumbai, India, hoping to get the skin-tone filter removed.

She received a one-sentence response saying the filter was a popular feature with parents looking to arrange marriages for their children.

“Most parents do require this as an option so it is visible on the site,” read the response sent on June 10.

Nagpal then posted the response to a Facebook group with more than 2,000 South Asian women in North America.

They argued that it perpetuates a form of racial discrimination known as shadeism or colourism that’s prevalent in the South Asian community — with light skin being historically viewed as more desirable than dark.

Overnight, the petition had amassed more than 1,400 signatures and Nagpal said the skin-tone filter was no longer on the site.

In an email, a spokesperson for Shaadi.com told CBC Toronto that they were not aware of the skin-tone filter and claimed it was a “non-functional aspect” of the site.

“There is no skin colour filter on Shaadi.com, on any of its platforms,” the spokesperson said.

“[It] is a several year old product debris left-over in one of our advanced search pages on the website, which is non-functional and barely used and hence it did not come to our attention,” the email reads.

“We do not discriminate based on skin colour and our member base is as diverse and pluralistic as the world today is.”

CBC News contacted both websites for comment on this story, but received no response.

‘Colourism is very easy to fester in communities’

Thurka Gunaratnam, a filmmaker and educator based in Toronto who has focused on shadeism in her work, says the filter did not come as a shock to her.

“When a group has been historically oppressed and they have not been given the freedom to understand what their own identity is, something like colourism is very easy to fester in communities,” said Gunaratnam.

The campaign targeted the South Asian population in particular and was meant to tackle the issue of shadeism and the popularity of skin lightening creams — including one called “Fair and Lovely.”

“It’s so embedded in us from such a young age, it just makes me really sad,” Yogarajah told CBC News.

She said women who are targeted by ad campaigns for the creams are “deeply impacted” by beauty standards, but that it “ultimately comes down to their value as a person.”

Prejudice should not be confused with preference, Gunaratnam said.

“In the wake of talking about colorism and racism, one thing that will help with unlearning is to really ask ourselves: Is it a preference or is it prejudice?