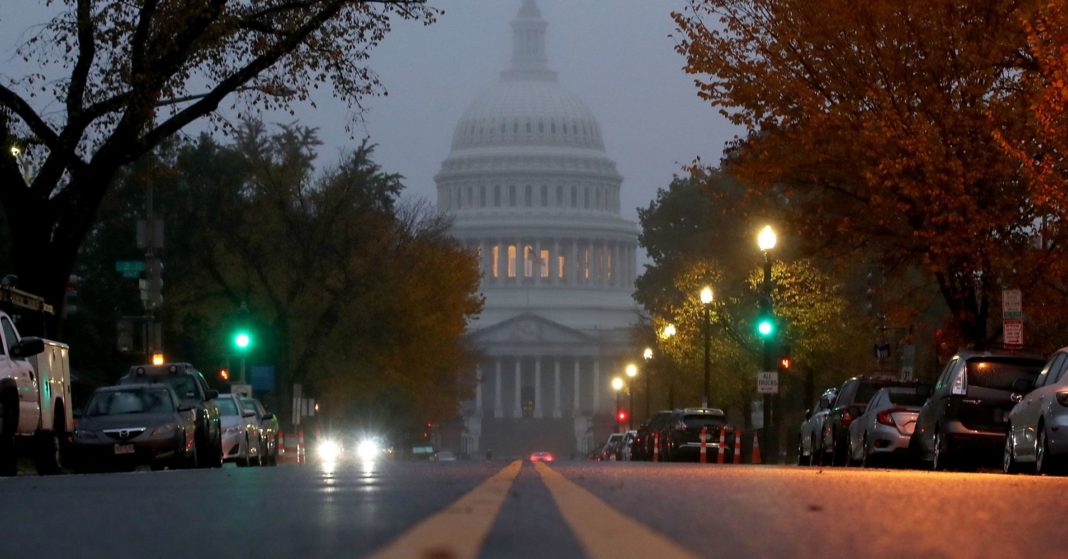 Passage of the spending packages will not move Congress closer to reopening nine unfunded federal departments for now. As the measures do not include money for President Donald Trump’s proposed border wall, he has vowed not to sign them.

Facing Trump’s veto threat, the Senate will not “waste its time” to pass the House proposal, Senate Majority Leader Mitch McConnell said Thursday. It leaves lawmakers and the White House no closer to breaking an impasse over the border barrier as the government shutdown nears the end of its 13th day.

Bipartisan congressional leaders will head to the White House for negotiations Friday as they try to bridge a divide over Trump’s demand for $5 billion for a wall. A Wednesday briefing on border security at the White House yielded no results, and Democrats emerged from it even more adamantly refusing to fund the barrier.

In an official statement of policy Thursday, the White House said Trump’s advisors would recommend that the president veto the Democratic proposals. The administration called for at least $5 billion for the wall. The president “cannot accept legislation that provides unnecessary funding for wasteful programs while ignoring the Nation’s border security needs,” the Trump administration wrote.

The House vote Thursday night was partly a political maneuver by Democrats. They aimed to put pressure on Senate Republicans, who voted in the lead up to the shutdown last month to pass a short-term bill to keep the government open without border wall money.

In her remarks after House members voted her speaker Thursday, Pelosi went as far as to call the bills “Senate Republican appropriations legislation to re-open the government.”

One bill passed by the House would fund eight closed U.S. departments through Sept. 30. The other would reopen the Department of Homeland Security through Feb. 8.

In surprise remarks to reporters Thursday afternoon, Trump stood in front of border security officials and made the case for a “wall” or “barrier” or “whatever you want to call it.” He said “we need protection in our country.”

Trump’s own flexibility in describing what he wants — at times labeling his proposal a concrete wall, a “steel slat” barrier or fencing — has apparently confused Democrats.

The temporary spending measure would give lawmakers more time to work out an immigration compromise. But it would also delay, rather than resolve, the border wall impasse.

It is unclear now what solution could earn Trump’s support — or what proposal could get enough bipartisan votes to override the president’s veto.