Homage to Catalonia and separation 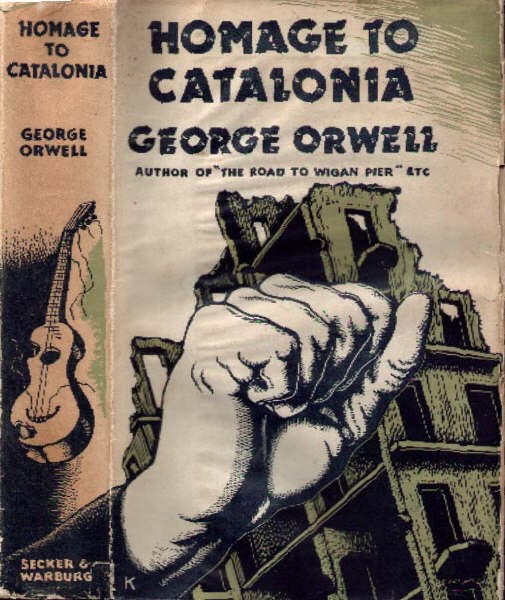 A COALITION of political  parties in Catalonia, Spain,  backed by the Regional Government on  Tuesday, July 3, 2017 introduced a bill for a referendum on independence  in October. The bill provides for a declaration of independence within 48 hours if the “Yes’ votes win, or an early election to form a new Regional Government if the “No” votes win.

It is a tough challenge which the Spanish Government has  been brazing up for since 2014 when in a non-binding referendum, over 80 percent of the electorate voted “Yes”  for independence from Spain. Catalonia with seductively beautiful Barcelona as capital, has  for decades, fought for independence. As part of efforts to stave off separation, the Spanish Constitution granted Catalonia,  the more restive Basque and Galicia, the  status of separate nationalities. The Government  also staged the 1992  Olympic Games in Barcelona.

In its years of struggle for separation, the people have built their region into an economic power house. Barcelona, the second largest city in Spain and the seventeenth most populous urban centre in the European Union, is a  developed city. Standing on the balcony of the Barcelona Princess Hotel where I stayed during a 2011 visit, I soaked in the city and its history of struggle and stiff resistance to fascism. Back in the late 1930s, its streets were turned into streams of blood as the Republicans and freedom lovers from many parts of the world, fought  the fascist military led by General Francisco Franco. The fascists had on  July 16, 1936 overthrown  the elected Republican Government.  The ‘democracies’ in Europe stood aside, while the coup plotters were supported militarily  by Germany’s Adolf Hitler  and Benito Mussolini of Italy. This led to volunteers from various parts of the world streaming in to  fight fascism.

It was in the streets of Spain that many young men especially from Europe stood their ground and never returned home. It was in those streets that the famous English writer,  George  Orwell fought, first as a Private, then Corporal, and later as Lieutenant in the volunteer army. It was there he was shot in the   neck by a sniper. Orwell was to write in his “Homage to Catalonia” his memoirs on that war: “There are occasions when it pays better to fight and be beaten than not to fight at all…If you had asked me why I had joined the militia I should have answered: ‘To fight against Fascism,’ and if you had asked me what I was fighting for, I should have answered: ‘Common decency.”

As Orwell analyzed, it was the failure of the rest of the world to stand up to Franco and his German and Italian allies that gave the Fascists  the   impetus to launch the Second World War.

Spain has everything to fear if  Catalonia goes for referendum; a new country is likely to emerge. More unsettling is the fact that  Catalonia is not the only part that  wants to leave. The Basque Region with its separatist military wing, the Euskadi Ta Askatasuna better known by its acronym, ETA, fought a bloody fifty-year insurgency in what became known as Europe’s longest war. It is likely to follow Catalonia out of the Spanish union.

It is not Spain alone that faces such prospects; its old rival, the United Kingdom also does.  Some  Scots had made a bid for separation on September 18, 2014. The direct question was: “Should Scotland  be an independent country?” The “Yes” votes of 1,617,989 or 44.7 percent, were crowded out by the “No” votes of 2,001,926 or 55.3 percent.  The  talk of a second referendum has taken a beating with the superlative performance of the Corbyn-led Labour Party  which swept the Scottish polls in this year’s general elections. There are also those in North Ireland who want to leave. Like the Basque, the rebels  had an armed wing, the Irish Republican Army, IRA. Not also comfortable in the British union are  the over three million Welsh whose  lands  were annexed by the English under the Wales Acts of 1535 – 1542.

The defunct Union of Soviet Socialist Republics USSR, with Moscow as capital, seemed impregnable, but centrifugal forces succeeded in breaking it into fifteen new countries. However,  that in itself has not stopped separatist agitations in the emergent countries. Ukraine for instance, is embroiled in a civil war with the East fighting to break away.  Yugoslavia broke into seven new countries, yet the separatist agitations did not stop.

After decades of armed struggle, South Sudan broke away from Sudan as an independent country on July 9, 2011 becoming the 55th country in Africa and the 193rd Member of the United Nations. After a few years of statehood, a war of separation is on in the new state with many parts of the  country laid waste, populations displaced and an expected oil prosperity turning into abject poverty.

Ethiopia experienced a thirty-year civil war from 1961 before Eritrea  broke away  to become  a new country on May 24, 1991. The latter remains poor and almost forgotten while what is left of Ethiopia itself, is struggling against new separatist agitations  especially by the Oromo.

Almost all separation of countries are bloody. A notable exception is the defunct Czechoslovakia which on January 1, 1993 broke into Czech and Slovakia in what was called the ‘Velvet Revolution’.

No country is a natural creation; all countries are artificial and many tend to behave like the Amoeba Proteus producing asexually by splitting into two parts in an endless binary fission. All countries tend to be work in progress and the challenge is to build states with people having a sense of belonging based on social justice, feeling wanted, and, addressing basic concerns including want and hunger.

There is power in numbers,  strength in unity and prosperity in collective wealth.   Any country where some sections feel like the landlords and others are treated like tenants, cannot but be a troubled one.

Since all countries have majority and minority groups; the challenge is how to manage relations in such a way that all sides feel at home. Every new country will produce its own majority and minority groups or nationalities; there can be no end to agitations. Even a country with the same language, culture and religion can become a failed one if its contradictions are not well handled. This is the case with Somalia which has had no central government for 26 years after the uprising against General Mohammed Siad Barre.

Generally, countries are like a  marriage; swimming against low and high tides with beautiful times and not so beautiful moments.  In almost all cases, it is   better to stay in a marriage than seek separation or divorce.