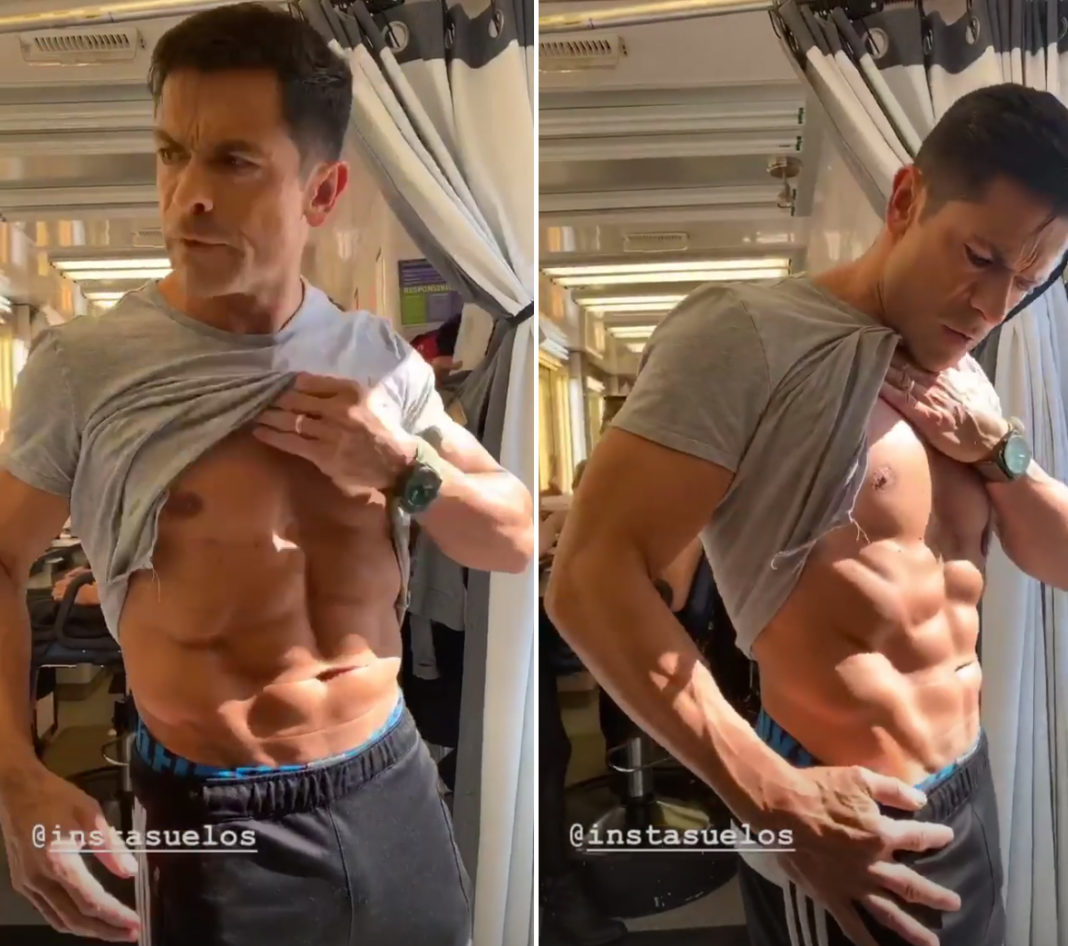 Stand back and take it all in! Mark Consuelos jokingly showed off his impeccable abs to his Riverdale costar KJ Apa.

The 47-year-old actor walked over to the 21-year-old in an Instagram Story video posted by Apa on Thursday, March 21: “KJ, yo dude, have you seen my phone?” Consuelos asked as he lifted up his shirt and pretended to look for the device in his pocket, all while putting his six-pack on display.

The Hate U Give star replied: “No, I haven’t seen it.” The actors appeared to be in a makeup trailer on set in the clip. 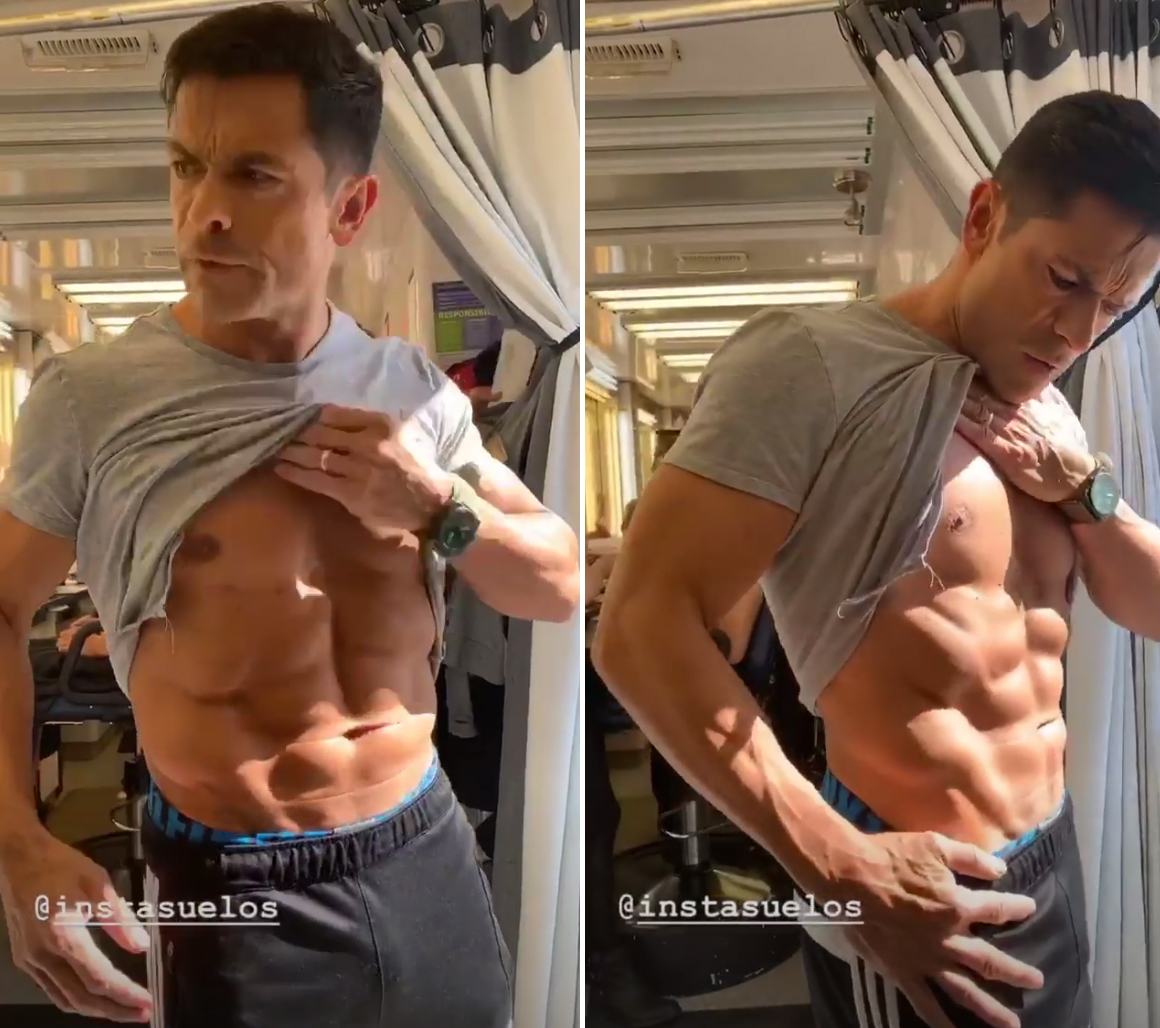 Apa and Consuelos costar as Archie Andrews and Hiram Lodge, respectively, in the CW drama. Their characters were bitter rivals before calling a truce earlier this season.

The Pitch alum’s wife, Kelly Ripa, divulged details about his diet to Healthyish in January. “My husband has gone full keto, which I don’t mind telling you is something I could never do,” she admitted. “I just don’t have that level of discipline. Mark says that I’m carb-o because I always eat his bun if he gets a burger. And the fries. But, you know, I work out, so I feel like I’m allowed. I’m 48, I’m entitled and I’m eating whatever I want to eat.”

The Live With Kelly and Ryan cohost went on to reveal that she and Consuelos, who tied the knot in May 1996, do share some of the same philosophies when it comes to food. They both previously indulged in peanut butter and jelly sandwiches for bedtime snacks and enjoy exercising together while on vacation.

The couple showed off their impressive forms in matching swimwear during a getaway to Mexico in January.

Ripa, who made a guest appearance on Riverdale later that month, and Consuelos are the parents of Michael, 21, Lola, 17, and Joaquin, 16.

Riverdale airs on The CW Wednesdays at 8 p.m. ET.