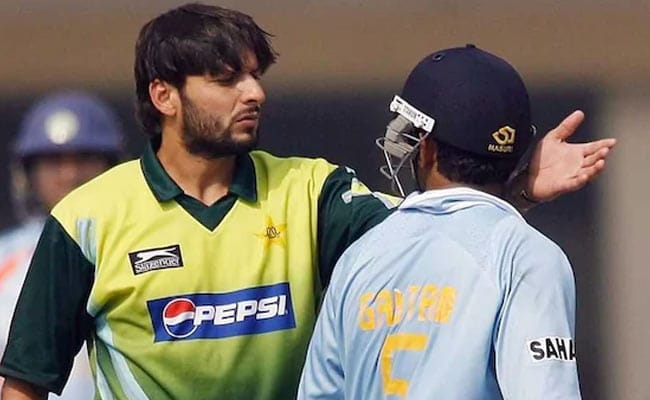 Cricker-turned-BJP MP Gautam Gambhir on Thursday hit back at former Pakistani cricketer Shahid Afridi after the two got into a spat on Twitter over the latter’s remarks on Kashmir.

“Some people never grow up, they play cricket but they never age. His brain doesn’t grow either. If he wants to politicise everything, why doesn’t he join politics but politics too needs people with maturity, which he lacks” Mr Gambhir said in Hindi.

Backing Pakistan Prime Minister Imran Khan, Shahid Afridi had tweeted on Wednesday that he will soon visit the Line of Control (LoC) to “express solidarity with Kashmiri brethren” following the government’s decision to end special status for Jammu and Kashmir and split it into two union territories. He also said he will visit the tomb of Muhammad Ali Jinnah in Karachi on Friday.

Hours later, Mr Gambhir took a swipe at Mr Afridi, and tweeted, “In this picture Shahid Afridi is asking Shahid Afridi that what should Shahid Afridi do next to embarrass Shahid Afridi so that’s it’s proven beyond all doubts that Shahid Afridi has refused to mature!!! Am ordering online kindergarten tutorials for help.”

To this, former Pakistani cricketer’s comeback was a reference to a comment by former mental conditioning coach Paddy Upton in his book that Mr Gambhir was “mentally the most insecure, negative and pessimistic”.

Mr Gambhir and Mr Afridi have clashed several times off the field and this isn’t the first time that the two have locked horns on the Kashmir issue. 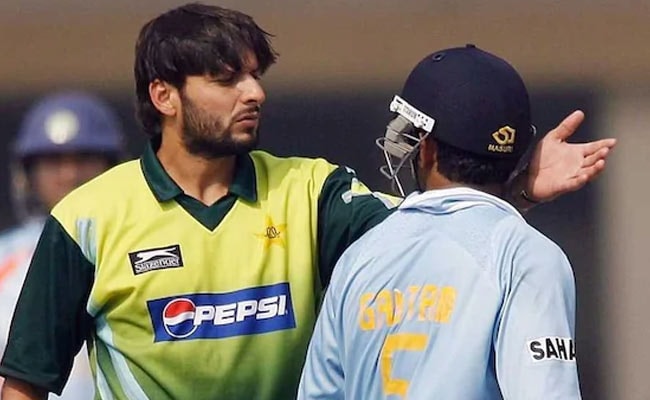 Gautam Gambhir and Shahid Afridi don’t see eye to eye, both on and off the field. (File)

Shahid Afridi had also called for intervention by the United Nations and the US after India’s decisions on Jammu and Kashmir. “Afridi is spot on guys. There is ‘unprovoked aggression’, there are ‘crimes against humanity’. He should be lauded for bringing this up,” Mr Gambhir said.

“Only thing is he forgot to mention that all this is happening in ‘Pakistan Occupied Kashmir’. Don’t worry, will sort it out son!!! (sic)”, the MP from the East Delhi parliamentary constituency tweeted.

Gautam Gambhir and Shahid Afridi don’t see eye to eye, both on and off the field. In 2007, the two players were booked for breaching the ICC Code of Conduct following a clash during an ODI match between India vs Pakistan in Kanpur.

Get Breaking news, live coverage, and Latest News from India and around the world on NDTV.com. Catch all the Live TV action on NDTV 24×7 and NDTV India. Like us on Facebook or follow us on Twitter and Instagram for latest news and live news updates.