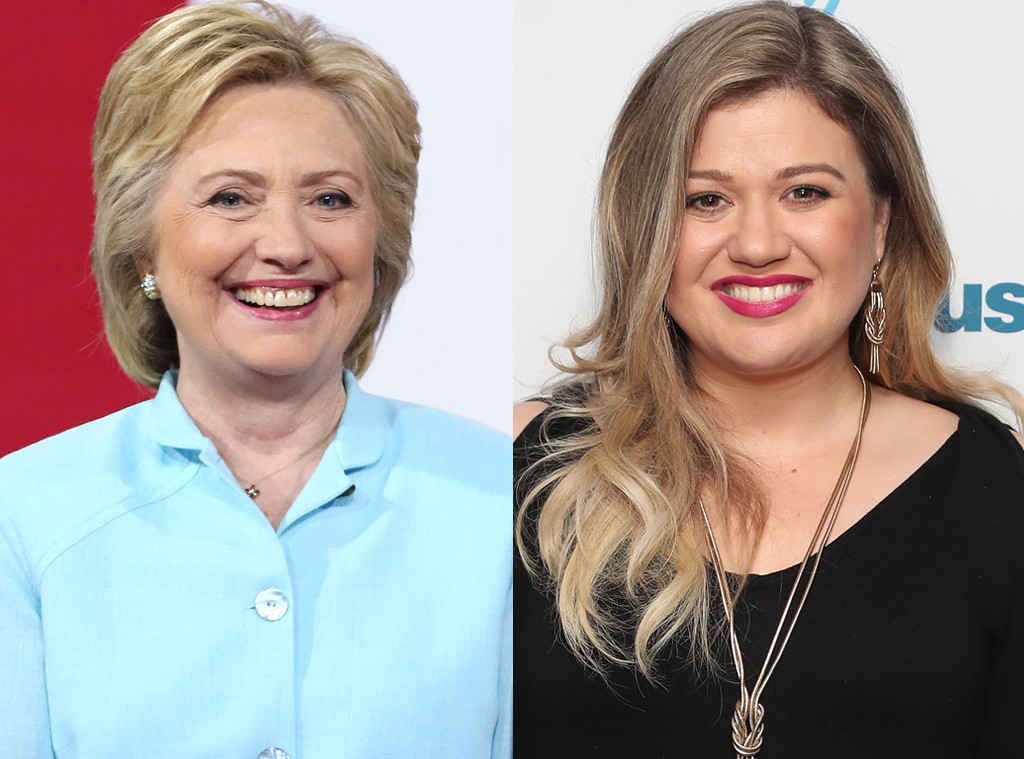 Kelly Clarkson has experienced a lot of amazing moments in her life: She was the first to win American Idol, she won a Grammy for best pop vocal album for Stronger, and she’s given birth to two adorable children. Now, the singer can add a new high to that list—being mentioned in Hillary Clinton‘s new book What Happened.

Clarkson’s shout-out appears at the beginning of a chapter alongside a quote by German philosopher Friedrich Nietzsche.

“That which does not kill us makes us stronger—Friedrich Nietzsche (and Kelly Clarkson),” the book reads.

Of course, Clinton was referencing a lyric from Clarkson’s song “Stronger,” specifically, “what doesn’t kill you makes you stronger.”

Clarkson took to social media to share her excitement around being featured in the book. 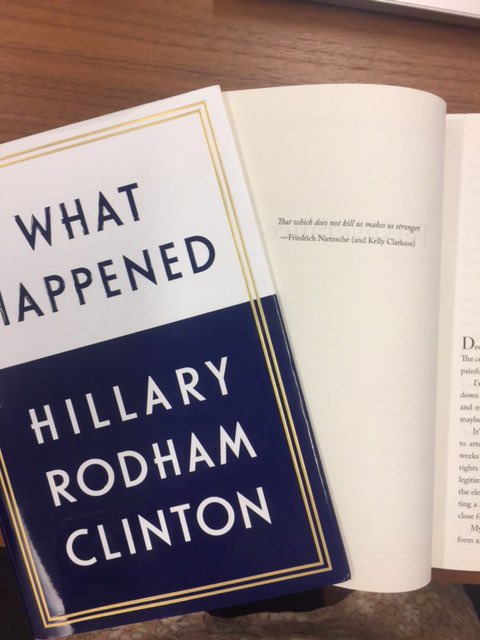 #WhatHappened is that my name is mentioned in @HillaryClinton new book! Yaaaasssss!

Twitter Ads info and privacy
“#WhatHappened is that my name is mentioned in @HillaryClinton new book! Yaaaasssss!” she tweeted with a slew of emojis and a picture of the book opened to her mention. “#Nietzsche #Clarkson #philosophergoals.”
It’s been a busy couple of weeks for both Clinton and Clarkson. Clinton made the morning show rounds to promote the new book. In an interview with Today’s Savannah Guthrie and Matt Lauer, Clinton described writing the book as “cathartic.”

“Here I am,” she told the hosts. “I hope that people will find it useful and informative.”

Clarkson also appeared on Today to perform and promote her new songs “Love So Soft” and “Move You.” She also brought her daughter, River Rose, 3, and son, Remington Alexander, 1, with her. River even gave a little performance of her own.

What a busy time for both of these ladies!