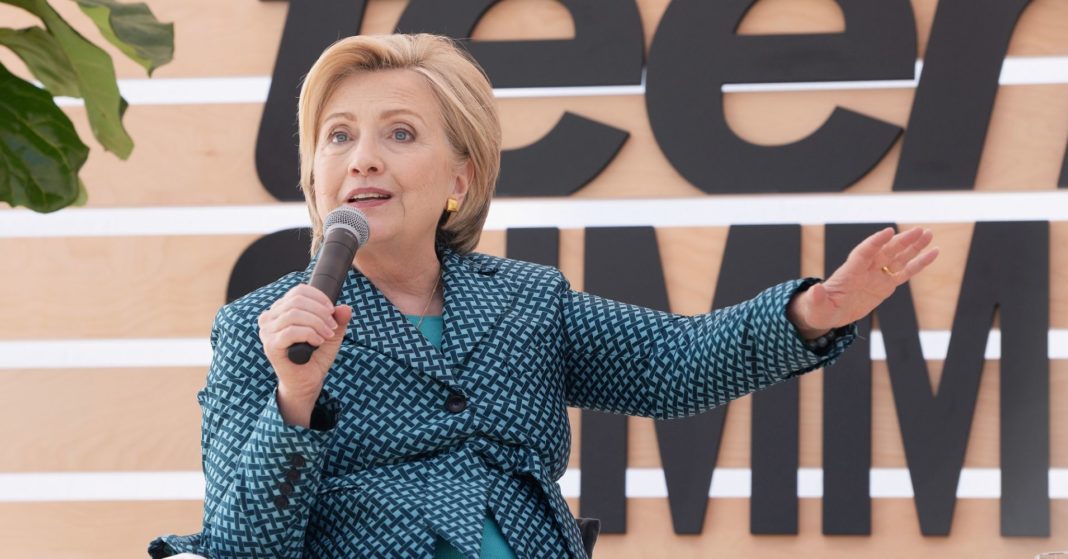 Former Democratic presidential contender Hillary Clinton added to the chorus of President Donald Trump’s critics of his recent summit with Russian President Vladimir Putin, which she called “alarming on many levels.”

Clinton, who’s maintained a very public profile since her 2016 loss that’s rankled even some Democrats, spoke at an Ozy Festival panel discussion in New York City on Saturday. During a question and answer session, the former Secretary of State said that “the great mystery is why this president has not spoken up for our country, and we saw this most clearly in this recent meeting with Putin.”

In a move that drew criticism from even within Trump’s circle, the president met with Putin alone–something Clinton criticized in her appearance. She said that each time she met with Putin or President Barack Obama, there were always note-takers present to make certain “there is no mistake on what was said.”

The lack of a public record of the meeting has raised alarm bells among people critical of Trump’s handling of Russia. Amid confusion and contradictory statements from the president and other policymakers in the ensuing days, “this idea that we are not sure where our own president stands is deeply disturbing,” she added.

“Putin has been giving press statements, reaching out to other world leaders and telling the world what was decided,” Clinton said.

However, “we are hearing crickets from the White House. Nothing is being put out that is in any way contradictory or replacing the Putin agenda with whatever Trump was doing.”

With the U.S. intelligence committee warning that Russian hackers are still trying to undermine the U.S. electoral system today, Clinton agreed that Moscow’s covert influence is still a big risk.

Russia’s interference “is a direct attack on our democracy,” Clinton added.

In Helsinki last week, Trump sparked a firestorm by appearing to question Russia’s involvement in U.S. election meddling, contradicting his own intelligence apparatus and many members of his own party. His pointed questioning of the U.S. commitment to NATO countries also stirred days of controversy.

Clinton said because Russia has not faced any consequences for its actions, other nations such as China, North Korea and Iran may feel emboldened to engage in cyber attacks.

“Getting away with this type of attack only empowers them and gives them more reason to keep probing, and possibly damaging or destroying institutions in our economy and government,” she said.