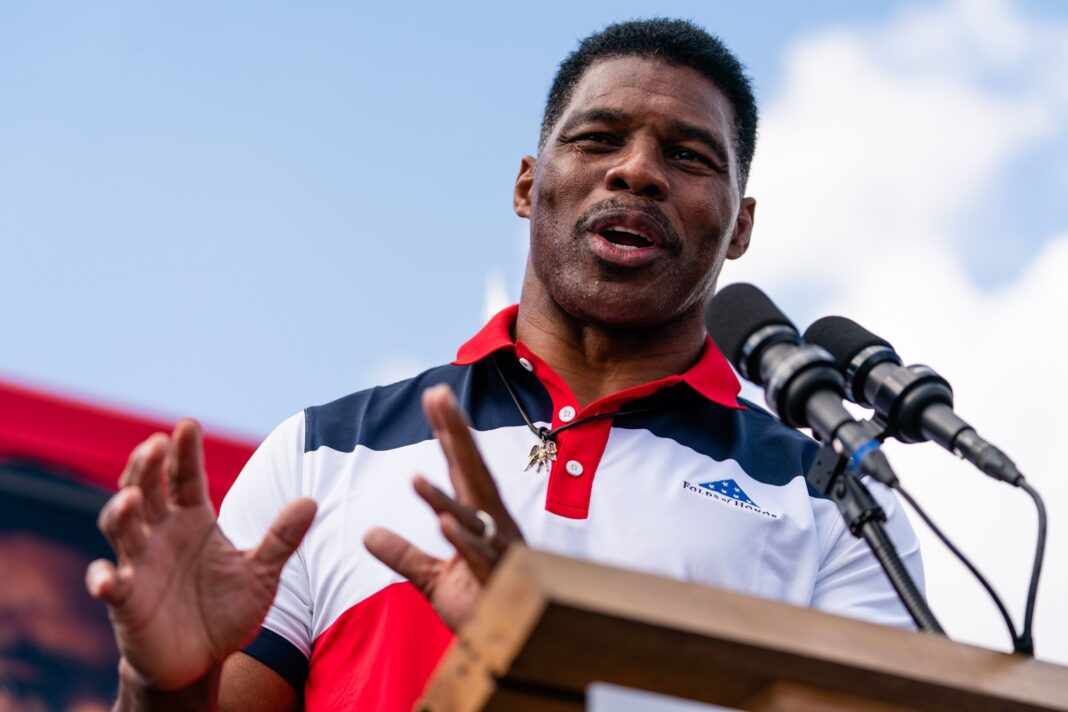 Herschel Walker, the GOP nominee for a U.S. Senate seat in Georgia, on Sunday declined a chance to debate Democratic Sen. Raphael Warnock, saying the forum hosted by the Atlanta Press Club was a “sham” favoring the incumbent.

Walker’s snub left him represented on the debate stage by an empty podium alongside Warnock and Libertarian challenger Chase Oliver.

Walker’s spokesperson, Will Kiley, brushed off the no-show by claiming Walker “dominated” the first debate between the two major candidates in Savannah on Friday.

“After failing miserably in his first debate, Raphael Warnock wants a do-over, by attending tonight’s sham hosted by his liberal friends,” Kiley said in a statement.

At Sunday’s session, Warnock criticized the ex-NFL star for his absence.

“I think it’s important to point out that my opponent Herschel Walker is not here, and I think that half of being a senator is showing up, that’s half of life,” Warnock said in his answer to the first question. “And I have shown up for the people of Georgia time and time again.”

During Friday’s debate, Walker was criticized for flashing a fake police badge, falsely claiming he used to work in law enforcement. He has since insisted the badge is real.

The Donald Trump-endorsed GOP nominee also suggested people worried about rising insulin costs should “eat right,” even though a healthy diet has not been shown to help those afflicted with Type 1 diabetes.

As the November election approaches, Walker’s campaign has been mired in scandal. Walker, who opposes abortion under any circumstances — even in cases of rape or incest — allegedly paid an ex-girlfriend to have an abortion, and then pressured her to have another one but she refused and had his child.

Walker has also reportedly engaged in domestic violence, which his son, Christian Walker, seemed to confirm.

“You’re not a ‘family man’ when you left us to bang a bunch of women, threatened to kill us, and had us move over 6 times in 6 months running from your violence,” Christian Walker said.

Walker has denied the allegations.

On Sunday, Warnock condemned Walker over his history of abuse.

“I have never been violent to anybody for any reason. I have spent my entire life as a citizen, as a pastor of Dr. King’s church steeped in the philosophy of nonviolence,” Warnock said, according to the Atlanta Journal-Constitution. “My opponent, on the other hand, has a well-documented history of violence and he hasn’t come clean about it.”

The race is seen as critical in determining which party controls the Senate.

Warnock maintained a small, yet consistent lead as of Thursday, according to polling aggregating site FiveThirtyEight. It is unclear whether the debates have affected the projected election result.