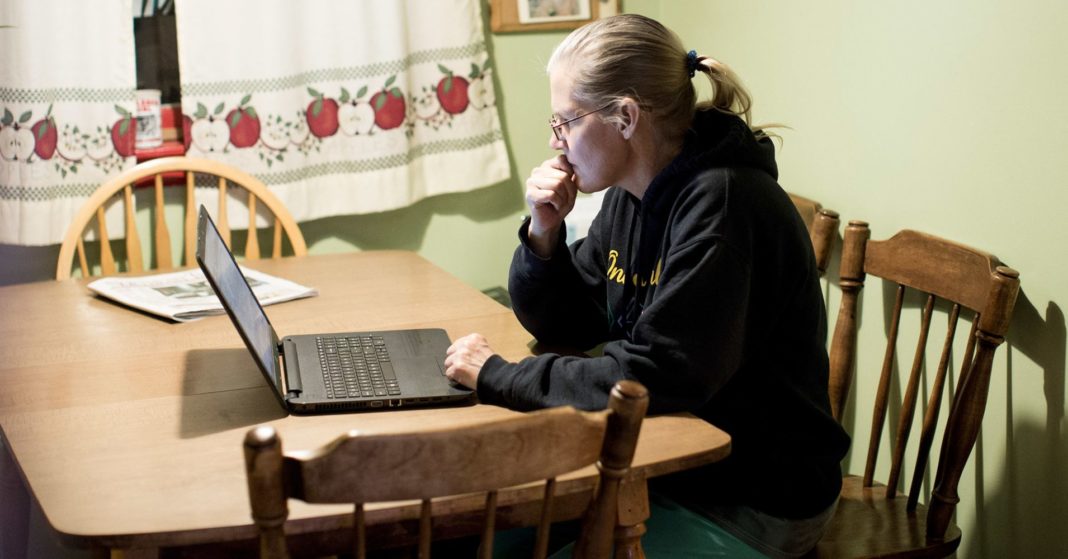 With stock returns in the red this year, people are generally advised to leave their investments alone until they recover. That can be hard with a 529 college savings plan if you expected to tap the account for a tuition bill due in a few months or weeks.

The state-sponsored investment plans encourage parents to save for college and they can withdraw money from the accounts tax-free, so long as the funds are used for qualifying education expenses.

Many of the accounts are likely to have taken a hit as of late. The S&P 500 entered Wednesday down more than 20 percent from an intraday high set in September, meaning the major index was in bear market territory.

Ideally, savers would have “age-based” 529 accounts, which automatically shift to more conservative investments, such as bonds and certificates of deposit, as the child approaches college, said Mark Kantrowitz, publisher of SavingForCollege.com. Two-thirds of families are invested in such accounts, he said.

So, if your son or daughter’s tuition bill is due soon, “the losses are minimal and there is little harm in taking a distribution now,” he said.

If your 529 savings plan does not reflect your child’s age, however, a looming tuition payment might force you to sell your stocks at a discount, “as painful as that might be,” said Scott Clemons, chief investment strategist at Brown Brothers Harriman.

There can be other options, however.

For example, parents who believe the current downturn will be short-lived might consider delaying distributions from their 529 plan, Kantrowitz said. They could use any available cash on hand and loans in the meantime and then dig into their 529 account at the end of 2019 to reimburse themselves. Keep in mind: to avoid penalties, distributions must be taken the same year as the expenses.

If you’re in the fortunate position in which you don’t need to use the funds in your 529 account to pay for your child’s college expenses, Kantrowitz said, it can be worthwhile to wait for a recovery and then accept the cost of a nonqualified distribution. You’ll typically have to pay ordinary income tax rates on that money and a 10 percent tax penalty.

Kantrowitz estimates that the penalty comes out to around 1 to 3 percent of the account’s balance. “The family is no worse off than they’d be in a taxable account,” he said.

As for savers with younger children, they should avoid panic and realize they have plenty of time to recover from any current losses, experts say.

Market downturns are simply part of the college saving experience, Kantrowitz said. During any 17-year period, he calculates, the stock market typically will suffer at least three corrections (considered a drop of 10 percent) and one bear market.

Still, in the wake of the 2008 financial crisis, around 10 percent of investors liquidated their entire 529 accounts, and 20 percent switched to less risky assets, Kantrowitz said. (He surveyed the savers in 2010).

“These investors missed out on the economic recovery,” he said.

What’s more, savers who are far away from sending their children to college should view the moment as an opportunity to buy stocks on the cheap, Clemons said.

“As the parent of 8-year-old twins, I’ve kept my kids’ 529s entirely in equities, and will likely add more to their plans in the first week of the new year,” he said.