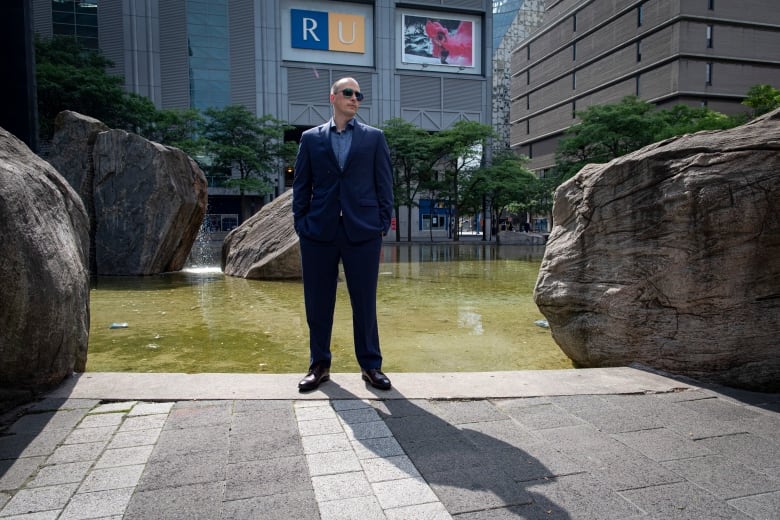 Before Ryerson University students begin fall classes, a task force will announce what actions it believes should be taken to deal with the legacy of the Toronto school’s namesake, Egerton Ryerson.

The connection of Egerton Ryerson to racist ideology has plagued the university, troubling First Nations students, staff and community members for years. A minister and educator who lived in the 1800s, Ryerson advanced ideas seen by many as central to the creation of Canada’s residential school system.

Amid a summer that saw the discovery of unmarked burial sites believed to contain the remains of Indigenous children at several residential schools in Canada, pressure intensified on the university to change its name.

In a culture shining a spotlight on the power of names and symbols, experts say a rebrand could pay off for the school in four key ways: Reputation, donations, marketing and new partnerships.

On campus, many believe change is the only way forward.

“I don’t feel that what Egerton Ryerson stood for — or what he has come to symbolize — is aligned with the work that we’re doing here,” said Michael Mihalicz, an assistant professor and Indigenous adviser for Ryerson’s Ted Rogers School of Management.

Earlier this summer, more than 300 Ryerson staff members signed an open letter calling for the university to change its name. In May, some teachers and students began using the name X University as a sign of protest.

The Standing Strong (Mash Koh Wee Kah Pooh Win) Task Force has conducted historical research and community conversations, as well as reviewed some 6,000 personal surveys. But whether it will recommend a name change remains an open question.

However, after the statue of Egerton Ryerson was torn down in early June, the university said it would not be restored or replaced.

Changing its name will help Ryerson protect its reputation and remain relevant as an educational brand, said Jennifer Taback, who is from Shawanaga First Nation and president of Design de Plume in Sudbury, Ont.

“If action isn’t taken, does that school stand for what they’re selling in that business sense? Or what they represent?” she asked.

Taback believes the Ryerson faculty and students speaking out are exposing an irreconcilable gap between the school’s expressed values — which include diversity, mutual respect and well-being — and the racist beliefs of its namesake.

Much attention is being paid to names as history is increasingly viewed through a critical lens.

Our western-most province, British Columbia, is under scrutiny for commemorating colonialism; Toronto’s Dundas Street is being renamed over its namesake’s ties to slavery; and Edmonton’s CFL team recently rebranded to break from a racial slur.

In this social environment, expectations of Ryerson are high and the brand could be damaged if the school isn’t seen to be “getting with the program,” said Taback.

Estimating the price of any potential rebrand is another challenge.

In 2012, changing the University of Western Ontario to simply Western University was reported to cost $200,000.

Taback and others told CBC News that renaming Ryerson would certainly cost more, involving phases of consultation, design and implementation that could take a few years.

Within the scope of the project are the school’s 40 buildings, 141 programs and its varsity sports teams.

The Ontario government has said Ryerson would have to pay for a name change out of its operating budget.

While it has been reported that Ryerson lost donors over the controversy, experts say moving away from ties to colonialism, racism and residential schools would likely help raise money.

“This particular issue is so strong and so vibrant in our community right now,” said Guy Mallabone, CEO of Global Philanthropic Inc., a fundraising consulting firm based in Calgary.

“My gut tells me that there are significantly more people wanting to get on board to support those changes with money than those that might withhold.”

“The concepts of I.D.E. — inclusion, diversity and equity — are values that more and more donors are wanting to see,” he said, adding donors expect educational institutions to be leaders in supporting these principles.

CBC News reached out to 10 Ryerson donors — individuals, companies, foundations and unions — though only one agreed to an interview about the controversy.

Ryerson can turn its “brand crisis” into a blessing — if it creates an authentic new brand that matches the university’s values, said Fang Wan, a marketing professor with the University of Manitoba’s Asper School of Business.

It would give the school a fresh opportunity to convince Canadians that it’s “a cool organization — they’re very open, they’re very diverse,” she said.

The name change might even help sell more coffee mugs and hoodies, said Wan, because brands that embrace progressive values can have a powerful “ideological reach,” which can extend the appeal beyond their own community.

One example of how progressive brand changes can pay off is the recently renamed CFL franchise, the Edmonton Elks. The team told CBC News its merchandise sales are up substantially over the last season, and that their home-opener sales of new look gear rivalled those of a Grey Cup game.

And when the Winnipeg Jets worked with a First Nations designer to create an Indigenous-styled team logo as a charity fundraiser, jerseys bearing the crest became collector’s items. The team expanded the line to include hats, hoodies and T-shirts due to demand.

Another example of selling progressive change comes from Nike, who made former NFL quarterback Colin Kaepernick the star of its “Just Do It” campaign in 2018, after he polarized the league by taking a knee during the national anthem to protest racial inequality and police brutality in the U.S.

Nike was ultimately criticized for “woke washing” and being inauthentic with the campaign, but revenue shot up 10 per cent that quarter — and the company’s stock value was up $26 billion US a year later.

A rebrand would also give Ryerson the chance to look at its procurement process for vendors through the lens of reconciliation, said Mark Rutledge, president of the Society of Graphic Designers of Canada.

“There are a lot of Indigenous agencies in Canada, a lot of talented Indigenous designers across Canada,” he said

Based in Whitehorse, Rutledge is the lead designer at Animikii Inc., a fully Indigenous-owned technology company. He is Ojibway, from Little Grand Rapids First Nation in Manitoba.

Indigenous designers and experts could not only help Ryerson create a better brand, he said, but the school could also position itself as a “shining example” of reconciliation in the process by working with Indigenous creatives.

Mihalicz also believes it’s time for Indigenous voices to be heard. “Public opinion is shifting around these issues, you know, and I think we need to listen,” he said.

And while an inclusive rebrand would take time and money, Taback says it’s worth it.

“Whatever it costs is an investment in reconciliation.”