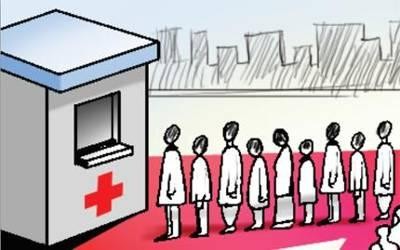 In its response, the Health Ministry has cited its multiple partnerships with HLL, including the crucial family planning programme and the recently launched low-cost drug store chain Amrit, to emphasise that privatising the profit-making PSU will hinder several health programmes.

THE UNION Health Ministry has opposed a government plan for disinvestment of HLL Lifecare, one of the largest condom manufacturers in the world and a mini-ratna PSU under the ministry. The Department of Disinvestment and Public Assets Management, under the Finance Ministry, has circulated a draft Cabinet note on disinvestment of what was once Hindustan Latex Limited.

In its response, the Health Ministry has cited its multiple partnerships with HLL, including the crucial family planning programme and the recently launched low-cost drug store chain Amrit, to emphasise that privatising the profit-making PSU will hinder several health programmes. HLL’s core competence is as a condom manufacturer, but it has diversified into other health-related services, including hospital construction and diagnostic services. The only company in the world which manufactures and markets such a wide range of contraceptives, HLL produces 1.316 billion condoms annually, making it one of the world’s leading condom manufacturers, accounting for nearly 10 per cent of the global production capacity.

“Disinvestment of HLL is yet to get the Cabinet’s nod, but the Health Ministry has opposed the proposal for full disinvestment,” a source said. “Their (ministry’s) stand is that no more than 25 per cent of the government’s stake should be sold. They have urged the government to explore other options instead of disinvesting a relatively healthy PSU.”

In 2015, HLL opened Amrit (Affordable Medicines and Reliable Implants for Treatment) pharmacy outlets at AIIMS in the national capital to provide drugs for cancer and heart diseases at affordable prices. There are plans to set up 3,000 such Amrit outlets across India. In 2015-16, HLL’s operational revenues were approximately Rs 1,062.91 crore, and managed an extremely modest profit after tax of Rs 28.88 crore.

The Health Ministry is also unhappy with another PSU faced with Niti Aayog’s restructuring plan — HSCC Limited, a 100-per cent government-owned company specialising in hospital construction and consultancy. It is one of four PSUs that are likely to be merged with NBCC, a Navratnra CPSU. The others are Hindustan Prefab, Engineering Projects India and NPCC Limited.

In 2015-16, HSCC posted an income of Rs 1,106.98 crore — up from Rs 575.77 crore in the previous fiscal — year with pre-tax profit of Rs 86.87 crore. “What does NBCC know of where an operation theatre should be, or what are the requirements of a hospital emergency? That is a specialised job which HSCC was doing very well, and was also making profit,” a ministry official said.