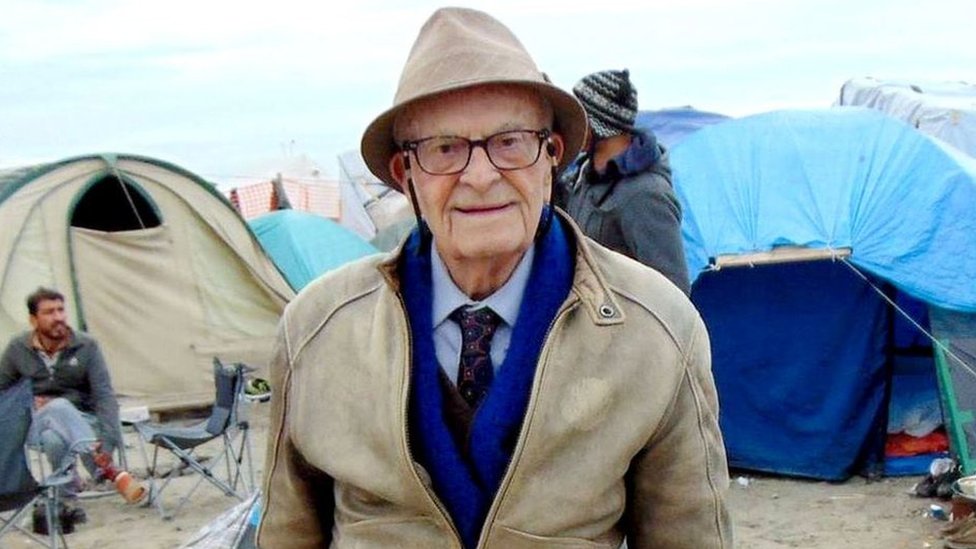 A World War Two veteran who grew up in poverty and described himself as the “world’s oldest rebel” has died.

The son of RAF veteran and author Harry Leslie Smith tweeted to say his father had died while visiting him in Canada.

The 95-year-old Barnsley-born campaigner and left-wing activist suffered suspected pneumonia while with his son John in Ontario.

Mr Smith divided his time between Yorkshire and Canada and spent time meeting with refugees from around the world and advocating on their behalf.

He rose to prominence after giving an impassioned speech about his life and the NHS at the Labour Party conference in 2014.

After a speech which moved some delegates to tears, he was greeted with a standing ovation and widely praised on social media after warning the UK must “be vigilant” about the NHS.

The son of a miner, Mr Smith lived through the Great Depression and joined the RAF in 1941, serving in World War Two.

After retiring, he became a prominent campaigner against austerity measures with his own podcast and Twitter account with more than 230,000 followers.

Mr Smith developed pneumonia after a fall during the visit to his son.

He was taken to hospital for treatment last week, with John tweeting updates on his father’s condition, prompting many messages of support.

After his father died, John tweeted: “It is 4.36 in the morning and I am wrapped in the blanket that covered him as he lay dying. And I know exactly what my steps are. I will follow in his footsteps. I will endeavour to finish his projects.”

Labour leader Jeremy Corbyn described Mr Smith as “one of the giants whose shoulders we stand on”.

We will all miss Harry Leslie Smith – he was one of the giants whose shoulders we stand on.

A World War Two veteran who dedicated his life to fighting for our National Health Service, a peaceful world and for countries to meet their moral responsibility by welcoming refugees. pic.twitter.com/1RW63dSa6Y

Labour deputy leader Tom Watson said “the world is a far better place for his life”.

Very sad to hear of the death of Harry Leslie Smith. He was one of a kind who never wavered in his fight for equality and justice. We should all carry his passion, optimism and spirit forward.

Mr Smith’s publisher, Icon Books, said the “world was poorer without him”.