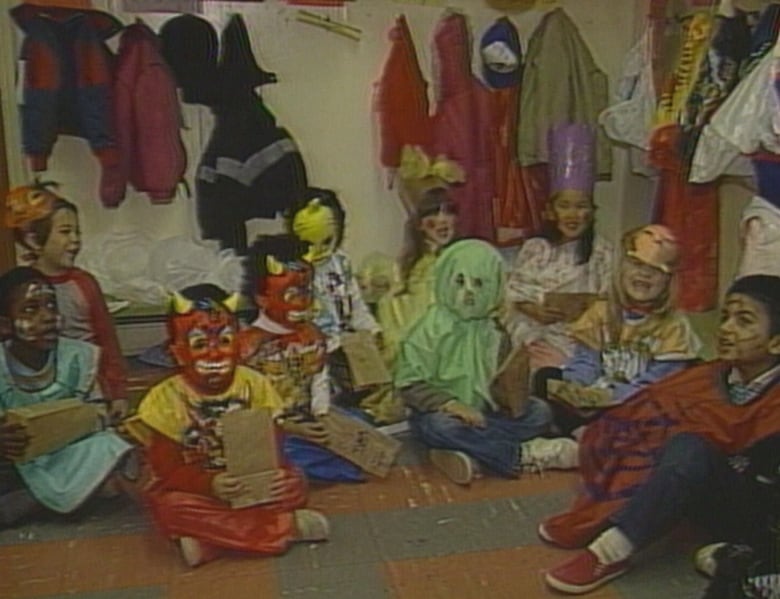 Here it is, the proof that these Halloween costumes existed, even if you forgot about them.

We ventured down the steps of the metaphorical CBC Archives basement to see what we had packed away from past Halloween celebrations.

We even found some examples of Halloween wear from episodes of a beloved CBC children’s program.

Halloween is a holiday that always brings out the scary and the silly and a lot of pop culture-influenced costumes — though some characters endure year after year.

In recent decades, we’ve seen fewer people dressing up as the obnoxious ’80s alien ALF, but the cult fandom of Ghostbusters has kept the movie and its characters on perpetual replay when it comes to Halloween.

Nightmare on Elm Street‘s Freddy Krueger is another character who tends to show up on Halloween, perhaps as regularly as the trick-or-treating Grim Reapers out there or those dressed up as less specific ghouls and monsters.

Because of the current pandemic situation, a lot of kids won’t be trick-or-treating this year and similarly, a lot of households won’t be dispensing candy at their door, Vincent Price-style.

To that end, we hope our review of these costumes from the Halloweens of yore puts a smile on your face, even if you’re not celebrating Oct. 31 the way you normally would.