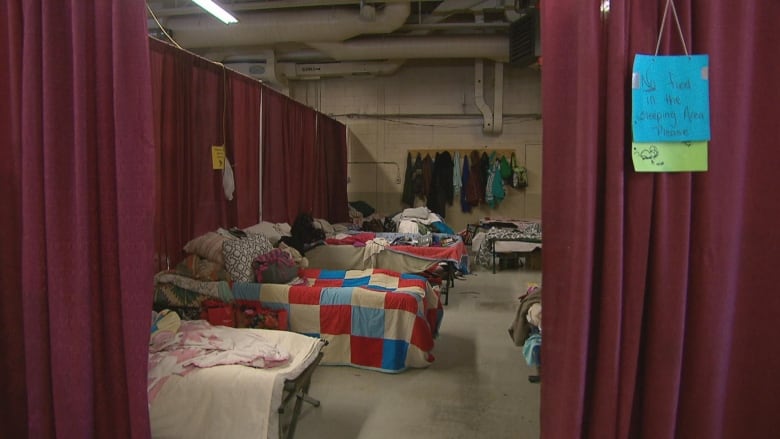 A homeless person is seen in downtown Toronto in January 2018. (Christopher Katsarov/Canadian Press)

A growing number of newcomers to Canada are ending up in shelters or are finding themselves homeless, newly released government figures show.

Two new reports released this week by Employment and Social Development Canada offer a glimpse into the extent of the homelessness problem across the country and reveal the populations that are most vulnerable.

The national shelter study, which looked at federal data on shelter users between 2005 and 2016, found an “observable increase” in refugees using shelters.

In 2016, there were 2,000 refugees sleeping in shelters, not counting those facilities designated specifically for refugees — an increase from 1,000 just two years earlier when the figures first began to be tracked.

Tim Richter, president of the Canadian Alliance to End Homelessness, said he believes refugees are being forced to turn to homeless shelters because of a lack of housing capacity in areas where refugees are settling.

“Many of them are coming to Toronto in Ontario, and to Quebec, and in those communities, the rental market is just really tight and we just don’t have the capacity to house them,” Richter said.

“Homelessness is a function of housing affordability, availability and income. When you’re new to Canada, you generally won’t have the income to be able to buy a house, and there’s just not enough affordable housing options.”

Canada has been experiencing an influx of asylum seekers crossing into Canada “irregularly,” avoiding official checkpoints between the Canada-U.S. border in order to file for refugee protection without being turned away under Canada’s Safe Third Country Agreement with the U.S. Over 46,000 irregular border-crossers have been intercepted by RCMP since early 2017.

Many of them have been staying in Toronto and Montreal to await the outcome of their refugee claims, which has put pressure on temporary housing capacity in those cities.

The city of Toronto estimated in late 2018 that about 40 per cent of people using its shelters identified as refugees or asylum claimants. Other Ontario cities have been asked to help relocate refugees in order to ease the burden on Toronto’s shelter system.

Meanwhile, a second study released this week by Ottawa that offers a “point-in-time” snapshot of homelessness in 61 communities also noted a trend of homelessness among newcomers.

It found 14 per cent of people who identified as homeless in 2018 were newcomers to Canada. Of that total, eight per cent indicated they were immigrants, three per cent identified as refugees and four per cent as refugee claimants. 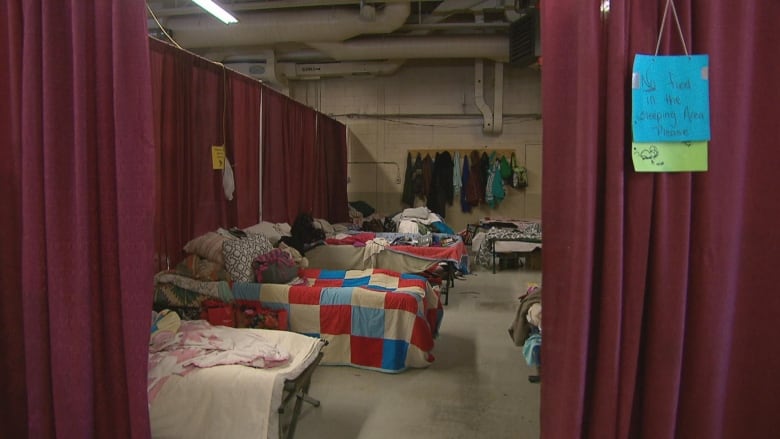 A homeless shelter is seen in Moncton in March. (Pierre Fournier/CBC)

The point-in-time study captures not only those using shelters, but also people sleeping on the streets, in transitional houses or staying with others. The 2018 study expanded its counts from 32 communities in 2016 to 61 in 2018.

Both studies also found Canada’s Indigenous Peoples remain vastly over-represented among the country’s homeless population. Almost one-third of shelter users and those counted in the point-in-time report identified as Indigenous, despite making up only about five per cent of the national population.

It’s a consequence of multi-generational trauma endured by Indigenous populations in Canada, as outlined in the findings of the Truth and Reconciliation Commission and the recently concluded inquiry into missing and murdered Indigenous women, Richter said. 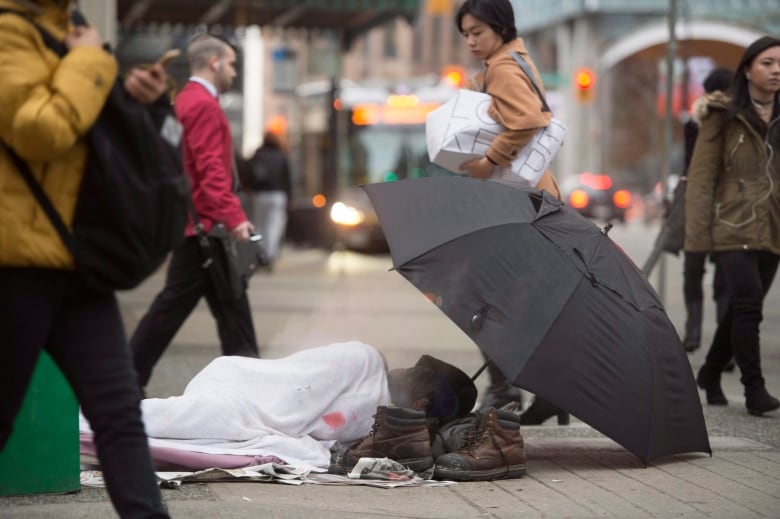 Pedestrians walk past a person sleeping on the street in Vancouver in January 2017. (Jonathan Hayward/Canadian Press)

“This will require specific focus and specific investment if we’re going to help these folks.”

For those who do find themselves without a home, either for short periods or for those who are chronically homeless, their realities are stark and can be deadly.

A memorial dedicated to homeless individuals who have died on the streets of Toronto currently lists close to 1,000 names. Many are identified only as “John Doe” with the date they died.

But Richter said he is hopeful that things will improvements for Canada’s homeless.

He pointed to figures in the national shelter study showing an decrease of nearly 20 per cent in the overall number of people who accessed shelters between 2005 and 2016. Occupancy rates have increased over that period of time, however, due to a rise in the length of time people were staying in homeless shelters.

But many jurisdictions have been taking the issue seriously and making significant improvements, Richter said, pointing to a decrease in chronic homeless numbers in places like the southern Ontario communities of Chatham-Kent, Guelph, Kawartha and Haliburton.

“We’re seeing that it is possible, and we know how to do it, it’s just a matter of getting on with it,” he said. “I’m hopeful that we are going to see, now, consistent and focused trends going in the opposite direction.”