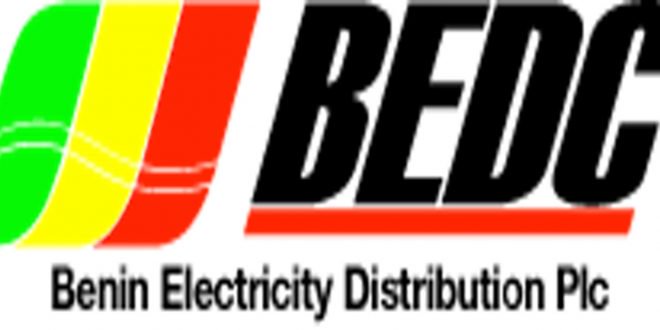 A group, Bring Back Our Light, BBOL, which has for the past months been in the forefront of agitations for the restoration of electricity in the southern senatorial district area of Ondo State, has again raised its voice against the alleged plan by the Federal Government to renew the operating licence of the Benin Electricity Distribution Company, BEDC.

Reacting to the widespread jubilation by residents of Ode-Aye in Okitipupa local government as regards the restoration of electricity in the community for the first time in five years, the group cautioned the residents who celebrated Christmas in the town with electricity amidst pomp and peagantry as well as residents of the state not to be carried away by the euphoria.

Recall that towns and communities within the senatorial district have for over four to ten years been in total darkness due to the alleged non-payment of outstanding electricity bills owed from the days of Power Holding Company of Nigeria, PHCN to BEDC, with the subsequent disconnection of the entire axis from the national grid.

In a statement issued on Wednesday and made available to DAILY POST, the group which welcomed the restoration of electricity to Ode-Aye, emphasized that the agitatation is far from over, as most communities within the senatorial district are still without power.

The statement, which was signed by the convener of BBLO, Olumide Akinrinola and titled, “Struggle On Electricity Restoration Is Not Yet Over, Stop Celebrating As The Battles Continue” reads, “We thank the almighty God that He has delivered his people from the hand of Pharaoh called Benin Electricity Distribution Company (BEDC) following the restoration of Ode Aye community back to the National Grid in line with the directive of Nigerian Electricity Regulatory Commission (NERC) in a letter addressed to the chairman Due Diligence Audit Committee (S. T Aderehinwo) with a copy of same made available to Hon. Mike Omogbehin, with Ref number : NERC/05/CA/CCU/BEDC/33/17/1112 following the proof of illegal cut off presented to NERC on July 6, 2017 by our people.

“We are happy for the breakthrough most especially the intervention of the Federal Government in helping the incompetent and ever failing-agent of darkness call BEDC in the major repair of the electrical facilities in Ondo South.

“We want to say that this battle is not yet over, hence we advise all the residents of Ondo South not to be carried away with this little development occasioned by community agitations.

“All the Transformers (TFs) in Ode-Aye must be energized ( it is only Orokin TF that has been energised for now.) We still have: The market Street, Unity areas, Oke-Oriota axis, Garage/Baptist areas just to mention a few .

“After all these TFs are serviced and energised by BEDC, then every household will have electricity in Ode Aye.”

The group also advised the Nigerian Electricity Regulatory Commission, NERC, to be weary of the antics of BEDC to making it believe electricity has been fully restored in the senatorial district.

According to the BBOL, the alleged moved by BEDC might not be unconnected with the desperation on the company’s part in securing approval for the renewal of its operating license.

“BEDC may claim they have energised Ode Aye now, and give wrong information to NERC in Abuja and tactically escape the punishment they are undergoing now at NERC if we keep celebrating this frivolity.

“We know the restoration is a gradual process but we are informing the general public that it is only fractional parts of the transformers in Ode Aye that were energised.

“All the conditions stated above are also applied to the rest communities under Okitipupa LG before moving to other LGs like Ilaje, Irele and Ese Odo.

“We also advised our people not to give room for any ‘enumeration’ now. They should not be allowed to start enumeration in any part of our communities not until we conclude the pending account reconciliation of electricity debts, and sign an MOU on the debt profile.

“We must not score BEDC any cheap marks which may earn them renewal of their licence which is still under contention by us and sister states like Edo and Delta.

“We are seriously in collaboration with Edo state in the fight against non renewal of BEDC license, knowing fully well that Ekiti state is sold out now. If we allow BEDC to to stay, they will bite us high through their monthly and fraudulent estimated billing system.

“As we write, BEDC is romancing our people in Ode Aye to continue with estimated billing, claiming that prepaid meters are not yet in stock. As such, they resulted to group metering which is yet acceptable to our people,” the statement read.

Meanwhile, the Managing Director of the BEDC, Mrs. Funke Osibodu, who spoke through the Regional Head of the DISCO in Ondo and Ekiti States, Mrs. Kunbi Labiyi had charged the company’s field staff to leave no stone unturned in ensuring that Ode-Aye residents enjoy electricity during the yuletide.