Greg Fertuck lies but that doesn’t make him a killer: defence lawyer 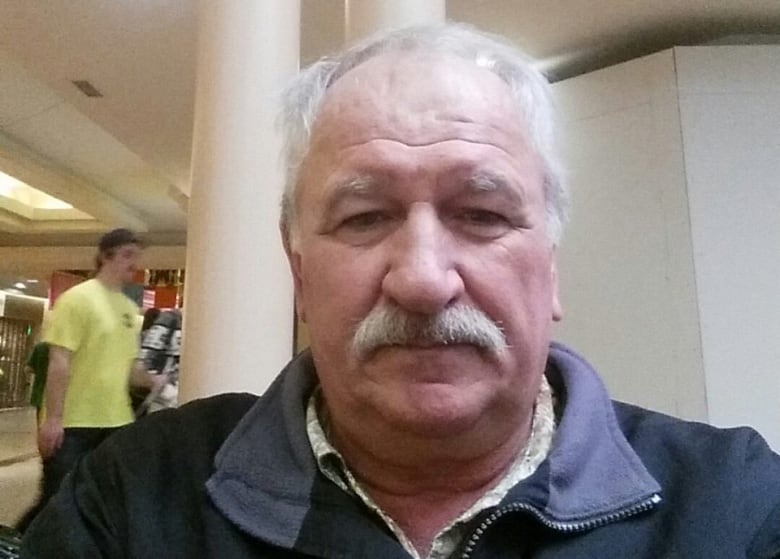 This case is the focus of the CBC investigative podcast, The Pit. Listen and subscribe to the podcast at cbc.ca/thepit.

But Bodnar still plans to defend Fertuck in a first-degree murder trial.

Greg is accused of killing his estranged wife Sheree Fertuck in 2015. He told undercover police that he killed Sheree. The five-week trial was supposed to begin Monday, but on Friday afternoon it was adjourned at the last minute until September because of COVID-19 concerns.

“The health and safety risks are just too great,” wrote Justice Richard Danyliuk.

The 11th-hour adjournment was prompted by a spike in coronavirus variant cases in the Regina area and the public health recommendation to avoid travel.

Police suspected Greg of murder not long after her disappearance, but he wasn’t arrested until 2019.

“I was pretty well retired and I remember getting a phone call at home from Greg in custody. They had arrested him for the murder.”

The call wasn’t unexpected. Bodnar, 72, said he had warned Fertuck earlier that this could happen. Bodnar said Fertuck contacted him about “matrimonial work” after Sheree’s disappearance.

Bodnar “hates” matrimonial work, so he didn’t take it on and instead advised Greg.

“I said, ‘your wife is gone and if you ever get into trouble that they decide they’re going to charge you on this because they usually go after the husband, then give me a call.'”

Fertuck’s trial will begin Sept. 7 — pandemic permitting — at Saskatoon’s Court of Queen’s Bench. Justice Danyliuk noted in his decision to adjourn that at least a dozen witnesses would need to travel from Regina to testify. He said they needed to attend in person to ensure a fair trial.

Bodnar told CBC News before the adjournment that he anticipated the Crown will focus on Greg’s character, a record of violence against Sheree and Greg’s confession to undercover cops.

Police have not found Sheree’s body. She was 51 when she disappeared.

Sheree’s semi-truck was found abandoned at the gravel pit where she worked in a remote area just east of Kenaston, Sask., south of Saskatoon. Her coat, keys and cellphone were still inside the truck.

The case seemed to go cold in the years after her disappearance. What the public didn’t know is undercover officers were targeting Greg in a Mr. Big operation.

Mr. Big stings involve police pretending to be criminals and forming relationships with cold-case suspects to obtain a confession.

Greg reportedly told undercover officers he “got rid of” his wife Sheree and “threw her in the bush.” After his arrest in 2019, he told CBC that story was fabricated.

“We went out supposedly looking for the body. Well there was no body. So we just drove around different places because it was all B.S.. I never — I didn’t kill her and there was no body out there.”

In the interview, Greg said he loved Sheree and wouldn’t hurt her.

“Those Mr. Big scenarios should not even be allowed in Canada,” he said. “It’s a horrible, horrible scam that’s set up by the police.”

The case will be a test how this Mr. Big operation holds up in court, but Bodnar said it’s further complicated by Greg’s alleged memory loss, which Bodnar said occurred after Greg fell and hit his head.

Bodnar said a key factor in the trial will be what information gathered during the undercover operation the judge allows as evidence.

Bodnar first defended Greg almost a decade ago after he was accused of assaulting Sheree and having prohibited guns including an Uzi.

Greg pleaded guilty to assault against Sheree and other gun charges. According to the court record, police were called after Greg grabbed Sheree by the head and dragged her out of a room during an argument.

Bodnar told the court it was actually Sheree who bought the Uzi and that Greg had an “alcohol problem.” On July 31, 2012, Fertuck received a six-month conditional sentence to be served in the community.

“He agreed to the guilty plea so long as he didn’t go to jail. It doesn’t mean that he feels he was guilty,” Bodnar said.

This time around, Bodnar is seeking an acquittal. Bodnar said he doesn’t believe the Crown has enough evidence to corroborate the confession, should the judge accept it as evidence. Crown prosecutor Cory Bliss declined an interview with CBC before the trial.

Bodnar insists the upcoming trial will be his last before he retires. The defence lawyer has practised for nearly half a century, spending decades taking on high-profile cases of rape, drug trafficking, confinement and murder.

Bodnar has worked so many homicides that he can’t keep track.

There’s one in particular he can’t let go: George Allgood, who was charged of first-degree murder after he was targeted in a Mr. Big sting. He was sentenced to life in prison. Bodnar said he doesn’t believe that was just.

Bodnar said anything but an acquittal is a “death sentence” for Greg, who is 67-years-old.

Greg has been in jail since he was arrested in 2019. Bodnar said in mid-March that his client “can’t wait for the trial to go ahead” and neither can he. But it was Bodnar who requested the adjournment because of the coronavirus, waiving his client’s Charter rights to a timely trial. Justice Danyliuk noted the Crown wanted to proceed in some fashion.

Bodnar said it’s bittersweet as he looks to what’s beyond: hopping into the mobile home with his wife and heading west to see their grandchildren. Still, even after 48-years, he’s hesitant to leave the job behind.

He said digging into the evidence in the lead up to a trial feels like flipping through the crime novels he enjoys, but he holds the power to influence the ending.

“It’s a good mystery, but it doesn’t have an ending,” he said. “You’re trying to determine the ending to go a certain way, knowing the Crown’s trying to make it go a different way — and that I find very satisfying.”

For more on The Pit including a 360 video experience of the rural gravel pit where Sheree disappeared visit cbc.ca/thepit. Listen and subscribe to the podcast here.