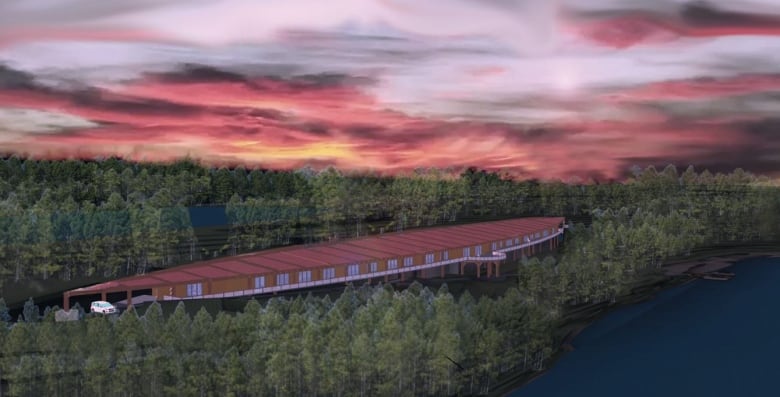 Sitting in the bleachers around the powwow grounds of Grassy Narrows First Nation, dozens of community members gathered for a feast on Monday. The smell of freshly fried walleye poured out from under the aluminum foil keeping them warm.

With smoke from nearby wildfires hanging around the northern Ontario community, children ran through the grounds, kicking soccer balls and dancing to keep new hula hoops above their hips.

It was, as Chief Randy Fobister would later call it, a “historic day” for the Treaty 3 First Nation, which has about 1,000 members living on the reserve located 80 kilometres north of Kenora.

He was there to announce nearly $69 million in funding to provide long-term care and services at a treatment centre that, once built, will provide specialized treatment to people in the First Nation suffering from mercury poisoning. That’s in addition to the $19.5 million previously announced in April 2020 to build the facility, which is targeted to open in 2023.

After feasting side by side and with the community watching, Miller and Fobister signed the Mercury Care Home Framework Agreement, committing the federal government to providing necessary health care to the First Nation.

As pens glided on paper, applause broke out. Cameras flashed and selfies were taken, capturing faces with relieved smiles.

Fobister and Miller then stood from the folding tables and walked beside one another, circling the drum beating from the heart of the powwow grounds. Community members followed behind.

“It’s a big milestone, getting the next steps toward the ultimate goal, which is trying to get the people healthy, those who are affected by mercury,” Fobister told CBC News. “It’s a long time coming.”

Home decades in the works

It’s an announcement that’s been decades in the making.

During the 1960s and early ’70s, the Dryden chemical plant at the Reed Paper mill upstream of Grassy Narrows dumped 9,000 kilograms of mercury into the English-Wabigoon River. The fish were full of poison, and the people from Grassy Narrows, who relied on the fish as a staple in their diet, were found to have the chemical element in their bodies.

Ingested mercury “bioaccumulates,” meaning it can pass from one generation to the next — from mother to child — through the placenta. Mercury poisoning causes a range of physical and mental health impacts, including tremors, headaches, neuromuscular effects, memory loss and others.

So while the recent funding announcement for the home was reason for celebration in the First Nation, it also served as a reminder of the long, hard fight for access to necessary health care and the lives lost along the way.

Top of mind for many was Steven Fobister Sr., a former Treaty 3 grand chief, skilled hunter and devoted advocate for his community. Even while suffering severe mercury poisoning symptoms, he went to the front lawn of Queen’s Park in 2014 and held a hunger strike to bring attention to the contamination issue.

His hunger strike generated momentum for the mercury-care home. In 2017, then federal Minister of Health Jane Philpott committed to building and operating the specialized treatment centre, and negotiations with Ottawa continued in 2019 and 2020, before the framework agreement was finalized this year.

Chrissy Isaacs was thinking of Fobister Sr., the former chief of Grassy Narrows, as she watched, with tears in her eyes, the signing of the agreement.

Now 40, Isaacs has spent more than half her life fighting for mercury justice. Since she was a teenager, she’s organized marches, gone on speaking tours and participated in blockades.

“Mercury poisoning robbed us from having a good, happy, healthy lifestyle because of what it’s done to our minds, our brains and even physically how we function in our daily lives,” Isaacs told CBC News.

Before the mercury dumping, Grassy Narrows was a largely self-sufficient community steeped in culture and with 95 per cent employment, according to a release from the First Nation. After the poisoning, employment dropped to five per cent.

WATCH | Grassy Narrows chief speak on the impact of mercury dumping on the First Nation:

‘I grew up not knowing that the land, the water was already poisoned,’ Grassy Narrows First Nation Chief Randy Fobister said. 2:30

“It started to create social issues like addictions, alcohol, drugs and a hopelessness,” said Isaacs. “It’s just become the way of living, you know, it’s become the norm.”

That’s also why Grassy Narrows sees the care home as just the first step in what it calls “mercury justice.”

“Our young people know that what’s been done here is wrong … and they’re educated and they speak out,” said Isaacs.

Speaking to Miller and his community, elder Tommy Keesic said the agreement was just the beginning. He spoke of the need to teach the children of Grassy Narrows the language, to restore relationships with the land and waters of the First Nations traditional territory.

The First Nation is still waiting to see cleanup of the industrial pollution in the rivers.

They’re calling for compensation for all community members to address the wide-ranging effects of mercury poisoning, and are demanding an end to logging and other industrial activities on their traditional territory.

“Today is an important step, but you know, there’s a lot more work to be done,” Fobister said.