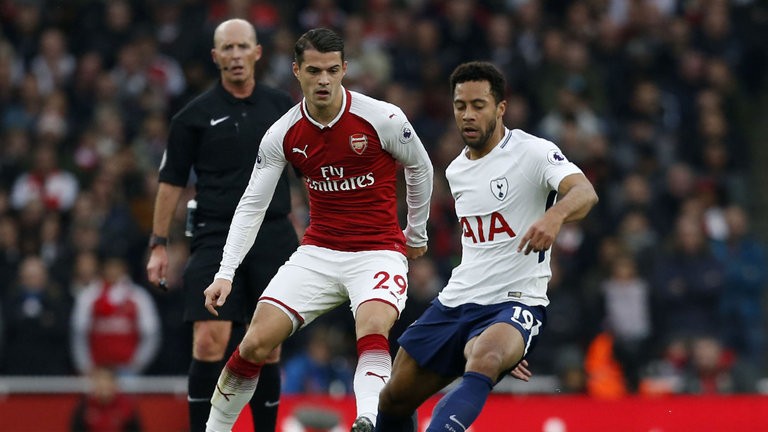 Arsenal beat Tottenham 2-0 at the Emirates on Saturday but remain 12 points behind leaders City in sixth place.

However, Xhaka is convinced Arsene Wenger’s side can compete for championship honours this season, insisting “everything is possible in football”.

“I think in football everything is possible,” Xhaka told Sky Sports News.

“Manchester City, at the moment, are on a very good run, they’re doing very well and others have dropped points – which they haven’t done – but it’s conceivable that they could drop points as well.”

The 25-year old, who has featured for Arsenal in all 12 of their league games this campaign, admits City’s recent performances are setting the highest of standards for those among the chasing pack.

City have dropped just two points this season and have scored a total of 40 goals, but Xhaka anticipates Guardiola’s men could soon slow down, in which Arsenal can take advantage.

“They might not continue as they have been,” added Xhaka.

“But our aim is just to focus on ourselves. We know we need to work and we’re convinced that we can compete at the top.

“Everything’s possible, I’m a person who thinks realistically but has dreams and fantasies as well. In football, everything is always possible.”

Arsenal travel to Burnley on Sunday for their next Premier League encounter in search of their fifth league win from their last six games.