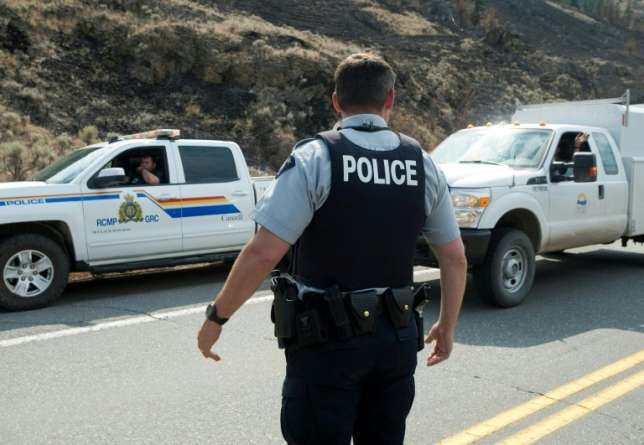 Canadian police arrested a man early Sunday suspected of stabbing an officer and injuring four pedestrians in a series of violent incidents being investigated as an “act of terrorism.”

Canadian police arrested a man early Sunday suspected of stabbing an officer and injuring four pedestrians in a series of violent incidents being investigated as an “act of terrorism.”

The crime spree began Saturday evening outside a football stadium in the city of Edmonton and ended hours later with a high speed chase in which the driver of a rented truck plowed into pedestrians, police said.

“Currently, we believe this is an individual who acted alone, although the investigation is in its early stages,” Edmonton police chief Rod Knecht said.

Based on the actions and the evidence at the scene, the incidents were being investigated as“acts of terrorism,” police said in a statement.

At approximately, 8:15 pm a man in a speeding white Chevy Malibu crashed through police barricades outside an Edmonton stadium where a Canadian Football League game was being played.

The car struck a police officer standing in front of his patrol car, “sending him flying 15-feet through the air.”

“A male, believed to be 30 years of age, then jumped out of his vehicle and began viciously stabbing the officer with a knife, as a struggle ensued,” the police statement said.

The suspect then fled on foot and the police officer was rushed to hospital.

Just before midnight, police pulled over a rental U-Haul truck and noticed that the name on the driver’s license was similar to that of the white Malibu.

The man in the truck then took off toward downtown Edmonton, according to the police account.

“During the chase, the U-Haul truck deliberately attempted to hit pedestrians in crosswalks and alleys,” it said.

“Currently, it is believed four pedestrians were struck by the truck and transported to hospital with multiple injuries,” it said.

The chase ended when the truck flipped over, and the driver was arrested.

Police described him as a 30-year-old from Edmonton.