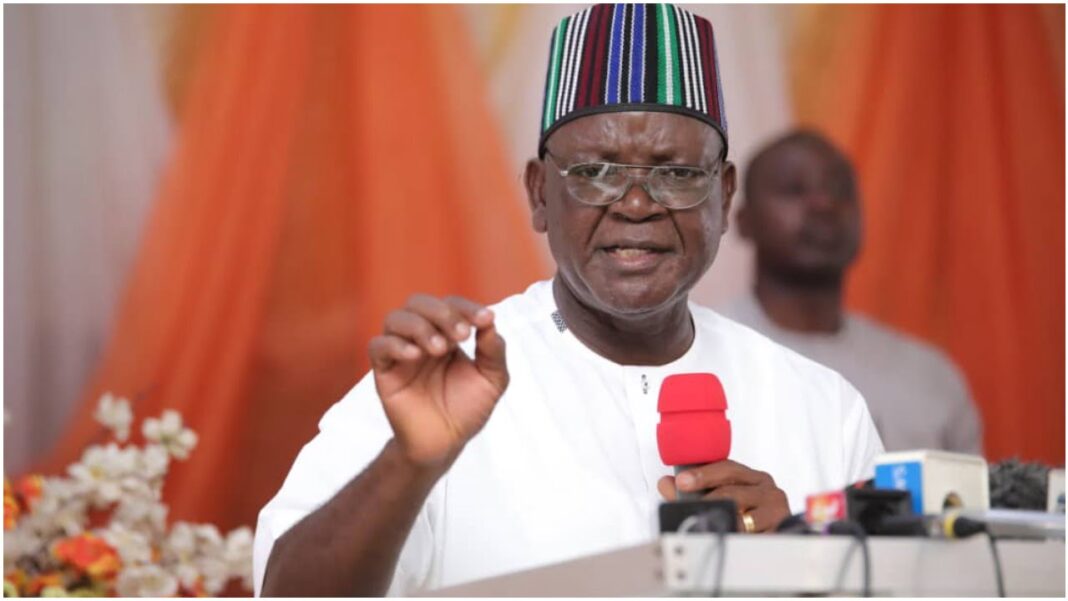 APC The statement in the media, credited to the Communications Team of the disputed governorship candidate and suspended priest, Hyacinth Alia of the All Progressives Congress (APC) in Benue State is puerile, unfounded, and beer parlor conjectures. The author showed how desperate the APC is willing to market all sorts of barefaced lies to gain unhindered access to the state treasury.

First, it is baffling that the campaign team of the suspended priest chose to deploy blackmail and falsehood as an art and weapon to ride to power in 2023. We find this absurd and should be completely out of tune with the character of one who wishes to be trusted with state power.
Also read: Crypto Exchange Targets Treasury Sanctions In National Security Clash

Hyacinth Alia who has failed in the church and wants to take cover in the political space, now bandy humongous figures of money alleged to have been received and spent by the administration of Governor Samuel Ortom. This is cheap and it shows the level of desperation in that camp.

While we admit that every Benue indigene deserves to know how monies that accrue to the State coffers are spent, this must be done with decency, accuracy, and without malice or falsehood. However, we see the tendencies exhibited by the APC in the state as the height of desperation and callous mischief.

The deceit with which the impostor is lying and claiming a mandate he did not win is an indication that such a person should not be trusted with power. A desperate ambition is capable of being used negatively.

For the avoidance of doubt, we state boldly that the Peoples Democratic Party, PDP, is not threatened by any political party in Benue State, including the APC which has continued to disintegrate every passing day. Moreover, the dust over who is the authentic gubernatorial flag bearer of the APC in the state is a matter of uncountable and unending adjudication by the law courts.

Also read: Police Officer Tasered And Beaten On Jan. 6 Goes Off On Cops Who Posed With Trump

Let the truth be told, the masses of Benue will know exactly where to vote when they go to the polls next year. They will choose to live by voting for the PDP. They will choose freedom to be free from the shackles of APC’s misrule where human lives do not matter and away from a self-acclaimed messiah who has no regard for those who have governed the state before.

Despite the challenging times faced by Governor Samuel Ortom’s administration, he has been able to apply all resources that accrued to the state judiciously and with indelible landmarks in infrastructures, human capital development, and the social welfare of the people.

Records of our state finances are an open book because the Governor has insisted on transparent conduct in all government businesses. The leadership of the Labour unions and our senior citizens are part of the disbursement all the time. This is the reason the state has not witnessed any major labor crises. So, APC should not be struggling to tell lies to mislead anybody when everyone can access our records.

The interesting aspect of the lies the APC is peddling is that the self-acclaimed messiah, Hyacinth Alia, and his team are heavily deficient in facts and cannot be trusted with figures. If the suspended priest and his co-travelers could dubiously manufacture figures to claim victory at the party’s primary election, it is not surprising that he is still churning out figures, claiming the same to be that of the state government. No wonder, this has attracted several lawsuits, questioning the purported victory.

It is a truism that Benue State cannot be handed over to someone with an emotional illusion, gloating in ordained colors, wanting to be accorded all the priestly honor that he lost when he opted for the podium instead of the pulpit.

For clarity, Hyacinth Alia should show proof of these phantom figures targeted at maligning the Ortom administration. We have instructed our lawyers to proceed to court over this deliberate falsehood. People cannot just wake up from the wrong sides of their beds and embark on a voyage of character assassination of innocent persons just to curry electoral victory. Enough of this blackmail.

As we speak, Benue State is faced with high insecurity which has led to more than 5000 cold-blooded deaths with more than 2 million people living in IDP camps. In all of this, it does not bother the APC, whose leader in the state seems to be working at cross purposes with the Benue people who have given him opportunities of a lifetime. These are the same people at the receiving end of the Fulani terrorists.

Let it be known to the suspended priest and his leader that no amount of blackmail and use of fabricated figures against Governor Ortom will save them from electoral defeat in 2023.

In any case, Alia is not in the contest for the 2023 Benue Governorship seat because no primary election was conducted. Even at that, the PDP is strong enough to face any party at the polls next year.