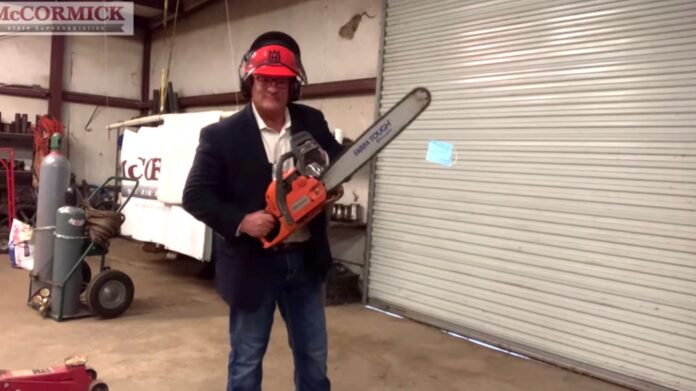 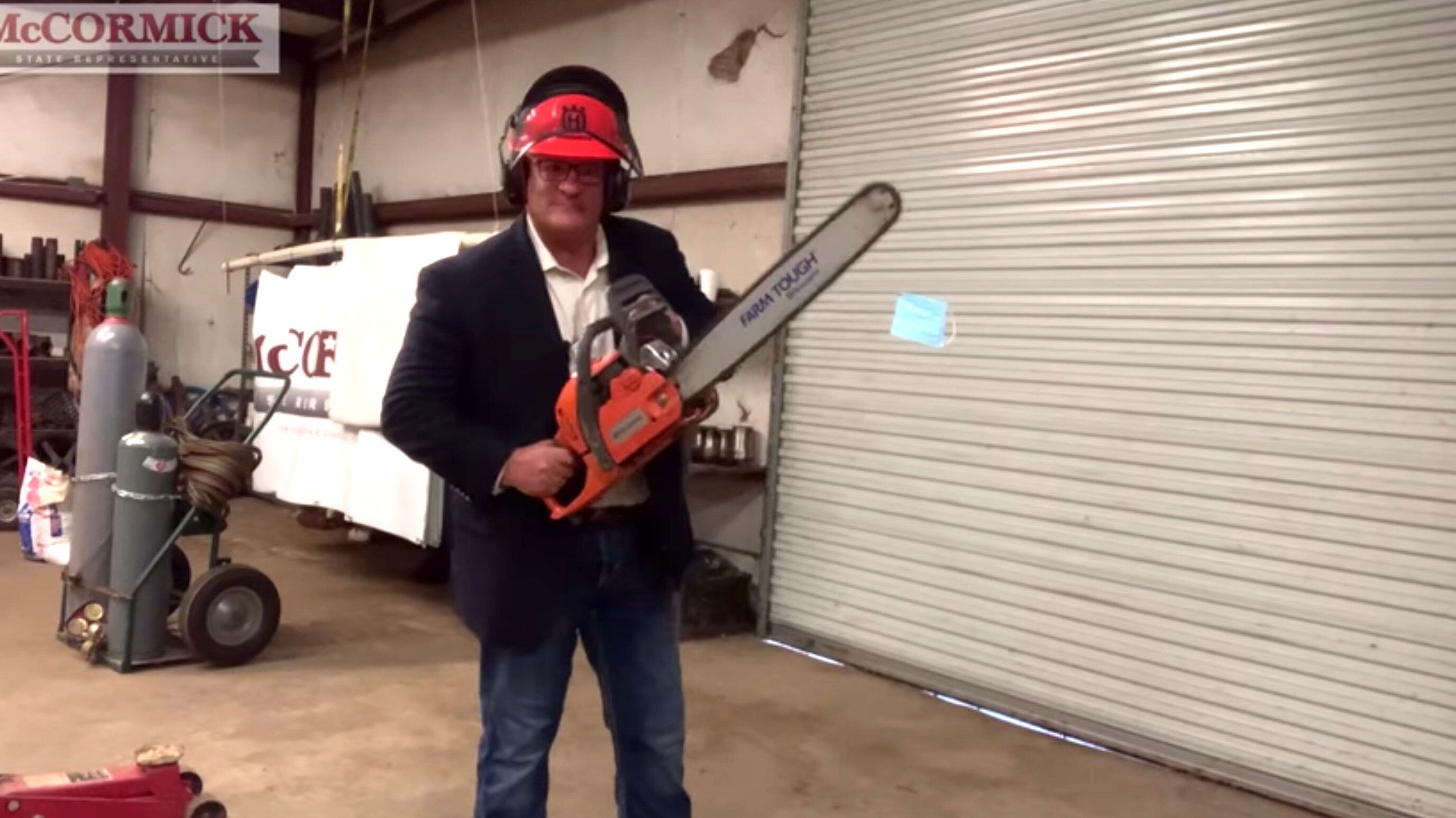 A Republican lawmaker in Louisiana has launched a strange new kind of attack ad in which he fights a piece of paper and a mask.

In a video released on Facebook, state Rep. Danny McCormick crumples a piece of paper with a mask mandate on it and hits it with a stick. Then, he battles a mask with a blowtorch and a chainsaw to show his opposition to mandates requiring face coverings to stop the spread of the coronavirus.

“Masks aren’t bad,” McCormick said as he attacked the masks. “Mandates are.”

He also compared those who support mask mandates to Nazis.

“You see, the government needed a villain,” McCormick said in the video. “People who don’t wear a mask will be soon painted as the enemy just as they did to Jews in Nazi Germany.”

McCormick wears safety gear while handling the blowtorch and chainsaw to show his opposition to a safety mandate. Although he also opposes abortion, McCormick argues against mandatory masks by saying that “your body is your private property.”

And he spouts conspiracy theories about forced vaccinations and implanted tracking devices.

“If the government has the power to force you to wear a mask, they can force you to stick a needle in your arm against your will,” he said. “They can put a microchip in you. They can even make you take the mark. After all, it’s for the greater good.”

The “mark” is an apparent nod to the biblical “mark” or “number of the beast.”

McCormick told local ABC station KTBS that he doesn’t wear a mask in public because there’s no proof they work.

A local rabbi took issue with McCormick comparing the situation to Nazi Germany.

“It’s really belittling the experience of the Jewish people in Nazi Germany,” Rabbi Sydni Rubinstein of Agudath Achim Synagogue told KTBS. “There’s a huge difference between limited access to food and resources and wearing a little piece of cloth on your face.”

McCormick was set off by a mask mandate in Shreveport, where COVID-19 cases have been on the rise.

“This is not due to more testing in our area,” Mayor Adrian Perkins said this week, according to local NBC station KTAL. “Hospitalizations do not lie and our area is seeing an alarming rise in COVID-19 hospitalizations.”