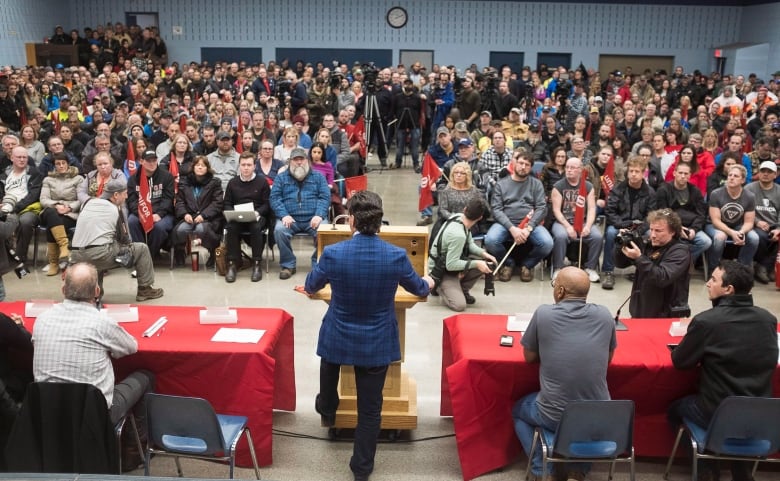 The devastating closure of General Motors’ assembly plant in Oshawa provides stark evidence of just how hard it would be for any government — including Premier Doug Ford’s — to make good on promises to bring back the glory days of manufacturing in Ontario.

The provincial government can’t offer the company anything that would persuade it to keep the Oshawa plant and its 2,500 good-paying jobs, GM Canada president Travis Hester told the premier in a phone call Sunday, according to Ford.

“The first thing I said to him, ‘Is there anything we can do as a province, absolutely anything?'” a downcast Ford told a news conference Monday. “Asked him numerous times, and the answer was ‘No, there’s nothing. Basically the ship has already left the dock.'”

No bail out, no special tax concessions, no shared investment in new technology will keep the automaker’s plant open.

Not even cheaper electricity, looser labour laws, less red tape or a lower corporate tax rate. And that must strike fear into Ford and the rest of his government, because those four policies form the pillars of the PC strategy to help business and fuel job creation in Ontario. 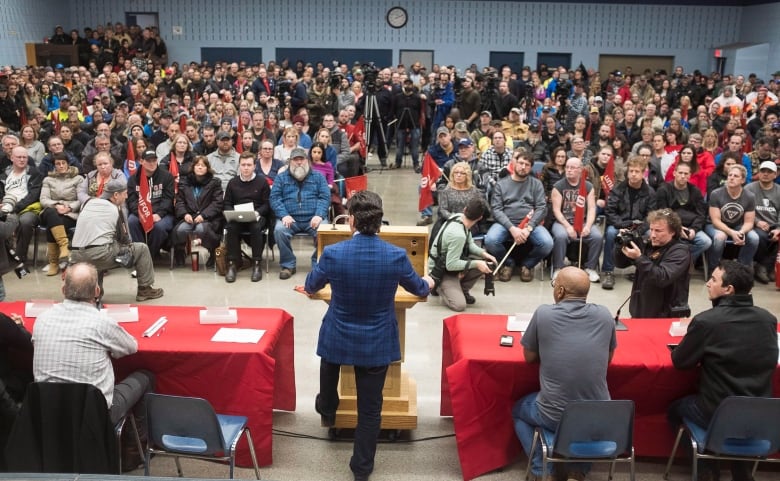 The fact is, companies’ decisions are often driven by factors that have nothing to do with the specifics of government policy. Broader trends such as sagging demand for products, changing demographics, shifts in technology, and that nebulous thing called the economy all have a pretty big influence.

General Motors is a rather healthy company at the moment. Its profit so far this year is more than $6 billion US. So it was clearly not about to come to the government with its hand out, seeking taxpayer-funded corporate welfare.

GM sold more than 3 million vehicles in the U.S. in each of the last three years, and more than 300,000 in Canada last year. Sales in both countries are up significantly since the early part of the decade. But the Oshawa plant, established in 1953, isn’t set up to build the kind of vehicles that GM expects to dominate its sales in the future: zero-emission and self-driving cars.

Despite GM’s statements, the opposition parties seem to believe there are ways that Ford could stop the automaker from closing the Oshawa plant.

“That’s the government’s job, to work to save jobs and investment in Ontario, not to sit by and wave bye-bye to jobs as they leave,” NDP leader Andrea Horwath said Monday in the Legislature. “In 14 years of being in this House, I’ve never seen a government roll over so quickly and throw in the towel on good jobs in this province.”

Fraser pointed out that during the 2008-09 recession, the previous Liberal government (along with the federal Conservative government at the time) invested “billions and billions of dollars to save hundreds of thousands of jobs because we know how important the auto sector is to us.”

He did not address the fact that GM is not asking for any government money this time, let alone billions of dollars.

Ford too is playing the blame game, although more subtly, implying that GM’s move came about on former premier Kathleen Wynne’s watch.

“This decision wasn’t made in the last few months, it was made well over a year ago,” Ford said Monday. He quickly added that he was not advised of the decision before Sunday. 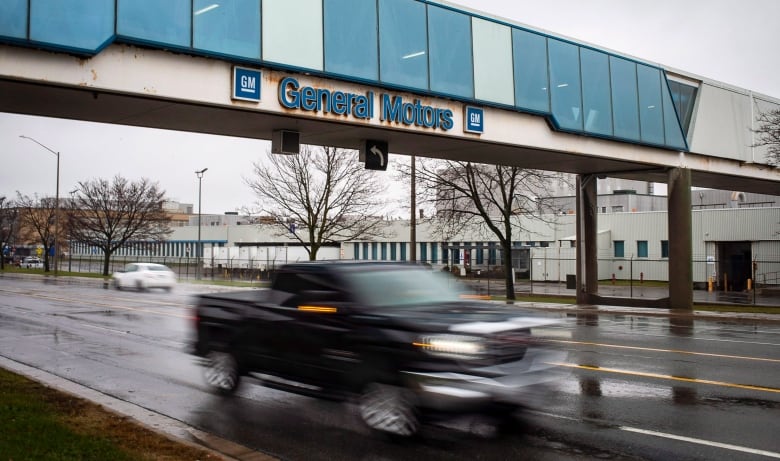 General Motors announced Monday that it will close its assembly plant in Oshawa along with four facilities in the U.S. as part of a global reorganization that will see the company focus on electric and autonomous vehicle programs. (Eduardo Lima/The Canadian Press)

During his news conference, Ford said the two biggest concerns businesses raise with him are hydro costs and Liberal changes to Ontario’s employment laws. But when pressed for clarification —  did GM say electricity prices or labour laws had anything to do with the closure? — Ford said no.

“I think this speaks to 15 years of mismanagement,” chipped in Ford’s economic development minister Todd Smith, alluding to time when Liberal governments were in power in Ontario.

Asked specifically if he is blaming Wynne and the Liberals, Ford pulled his punches.

“I don’t want to point fingers at anyone,” he said. “I can sit here and blame the high hydro cost and regulations and everything. I’m not going to.”

It may prove far easier said than done. Manufacturing now accounts for just 11.7 per cent of Ontario GDP, according to the latest provincial statistics. Before the 2008-09 recession, that figure was 16 per cent.

Laid off auto workers who spot Ford’s new highway signs declaring Ontario to be “Open For Business” will be forgiven if they shake their heads in bitter irony, or even shake their fists.