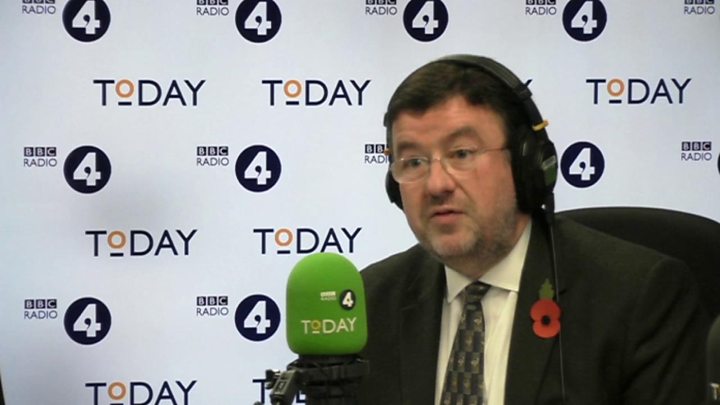 General Election 2019 Don’t politicize health service – NHS boss
Parties should not use the NHS as “a political weapon” in the election campaign, health service bosses say.

Both the Tories and Labour are vowing to spend billions to improve care.

But Mr Hopson, who acts for health trust leaders in England, urged parties not to make “empty promises” or create “unrealistic expectations”.

The long-term future of the NHS and social care is likely to be a key battleground in the run-up to the 12 December election.

The Tories are expected to trumpet extra spending on the health service in England, including a £2.7bn investment for six hospitals over five years and £100m for a further 34 hospitals to start developing future projects.

This is on top of an extra £20bn in funding agreed by Theresa May’s government up to 2023.

Labour argues the NHS is reeling from the tightest funding squeeze in modern history since 2010, which it says has left nearly four and half million people waiting for treatment and seen thousands of cancelled operations last year.

Jeremy Corbyn has said he will end austerity in the NHS via a “proper funding settlement”, with the exact details to be announced ahead of the launch of the party’s manifesto.

Mr Hopson called for a “proper, mature, evidence-based” debate on what the NHS needs.

“Let’s not resort to the cheap political slogans and skimming across the top which is what we’ve seen over the last four or five elections,” he told the BBC’s Today programme.

Writing on the Times website, he said it was understandable that during election campaigns politicians should “cast themselves as champions and defenders of the NHS”.

However, he warned “it becomes counter-productive when the NHS is used as a political weapon” – something he said leaders in the health service were worried was already starting to happen in this campaign.

It is unrealistic to expect the parties to dial down their highly-charged debates on the subject.

But NHS Providers argues that already things are getting out of hand with signs that the NHS is being “weaponized”.

Underlying all this is a warning that the NHS in England cannot seem to keep up with growing demand for care, which is “particularly worrying” with winter looming.

Hospital chiefs are known to be concerned that there was intense pressure in recent weeks before winter had really set in. How that pressure develops before polling day could be a major issue in this campaign.

While there were areas where “the NHS is falling short”, he said “over-dramatizing or distorting the difficulties for political ends will do nothing to help those frontline staff who are working flat out for patients”.

“Equally, disingenuous claims about extra funding, or promises that create unrealistic expectations, maybe tempting in the heat of the election battle, but they do the health service no favors.”

And Carrie MacEwen, from the Academy of Medical Royal Colleges, said undeliverable promises “simply set up the NHS to fail”.

“The NHS’s role is to manage the health of the nation, not to be used as a tool to swing voters in a three-way marginal,” she told the Times. “Our fear is in these febrile times we will see irrational, undeliverable promises or even outright lies.”

Shadow health secretary Jon Ashworth said it was right for hospital leaders “to hold us politicians to account”.

But he told BBC Radio 4’s Today this would not stop him from speaking out about the “mushrooming” privatization of the NHS and pointing out the reality that people were able to “jump the queue” for hip and cataract operations by paying for them in NHS hospitals.

“If you have waiting lists growing and you have a hospital saying ‘you can either wait longer for treatment or you can have an operation in this hospital if you are prepared to pay for it’, then that is the definition of a two-tier service,” he said.

Labour has said it would seek to end privatized contracts in the NHS – in which private companies can provide clinical as well as non-clinical services such as catering and cleaning.

Health Secretary Matt Hancock accused Labour of peddling “scare stories” to try and win votes because they have “nothing positive to offer”.

“These stories worry some of the most vulnerable people in the country, who the Labour Party used to say they represented,” he said in a video message on Twitter.

“It is only with the Conservatives, with our strong support for the economy, that we can make sure the health service is always there for you and your family.”