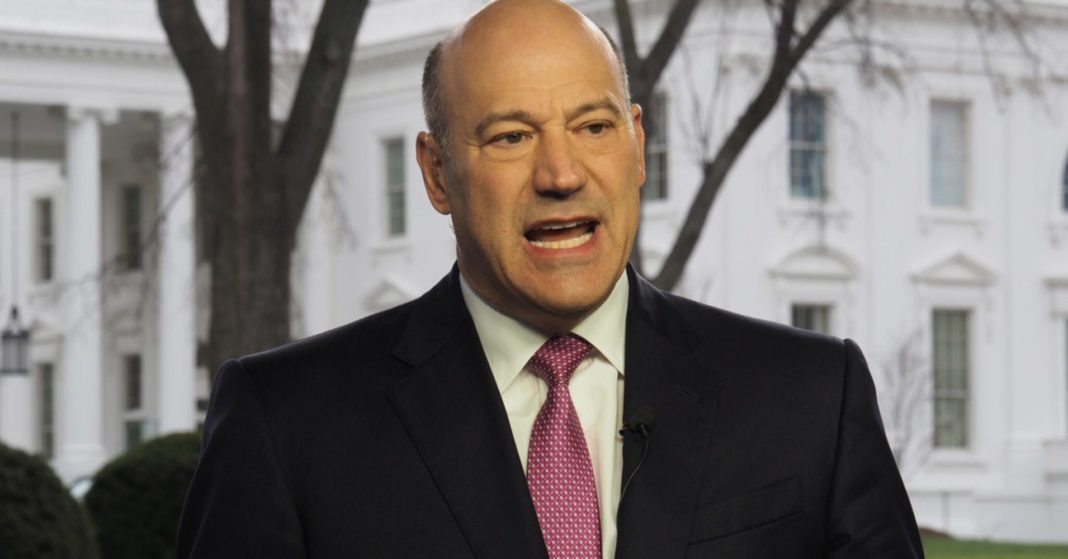 Former White House chief economic advisor Gary Cohn lashed out at some of his former colleagues, charging in an interview that the U.S. is losing the trade war as administration officials pursue a strategy that hasn’t worked.

“Tariffs don’t work. If anything, they hurt the economy because if you’re a typical American worker, you have a finite amount of income to spend,” the former Goldman Sachs executive told Freakonomics Radio in an interview broadcast Wednesday. “If you have to spend more on the necessity products that you need to live, you have less to spend on the services that you want to buy.”

When interviewer Stephen J. Dubner suggests that all other economists except for one — Navarro — would agree on that point, Cohn said, “There’s only one in the world. That we know of.”

Among the other revelations from his time in the White House, Cohn said a tipping point for him leaving was a meeting Navarro and Ross secretly set up with heads of the steel and aluminum industry to notify them that the administration was planning to levy tariffs on imports of the metals.

“What happened in the White House is we got to a point, unfortunately, where one or two people decided that they were going to no longer be part of a process and debate,” he said.

Asked to confirm that it was Navarro and Ross who set up the meeting, Cohn said, “Yes. Those are the two people. When the process breaks down, then you’re, sort of, in my mind, living in chaos. I don’t want to live in a chaotic organization.”

Cohn served in the post from the beginning of the Trump administration in January 2017 until April 2, 2018.

Chief among his achievements was the passage of the biggest tax cut in U.S. history that slashed the corporate rate from 36 percent to 21 percent and re-drew the individual income tax brackets to give lower earners double the standard deduction.

However, he also had several high-profile disagreements with the administration, including one point where he nearly resigned following Trump’s comments on racial unrest in Charlottesville, Virginia.

He also fought against the tariffs, a battle he was destined to lose. But he said Trump also is losing, evidenced by the record trade deficits in 2018 with both China and the rest of the world. The U.S. shortfall with China was $419.2 billion for the year, an increase of 11.6 percent. Globally, the deficit was $621 billion, up 12.5 percent year over year.

“Did it hurt the Chinese at all? We had record trade deficits,” Cohn said. “The president needs a win. The only big open issue right now that he could claim as a big win that he’d hope would have a big impact on the stock market would be a Chinese resolution. Getting the trade deficit down I will never say is easy, but of the issues on the table, that’s relatively easier.”

However, he said the president is in for a tougher time in trying to resolve intellectual theft and forced transfer of technology issues.

Nevertheless, Cohn said he gives Trump credit for a number of achievements, including “a pretty robust economy” as well as stock market gains that have held up reasonably well even after a rough 2018. Cohn said he would grade himself a “B” for his performance in the White House.