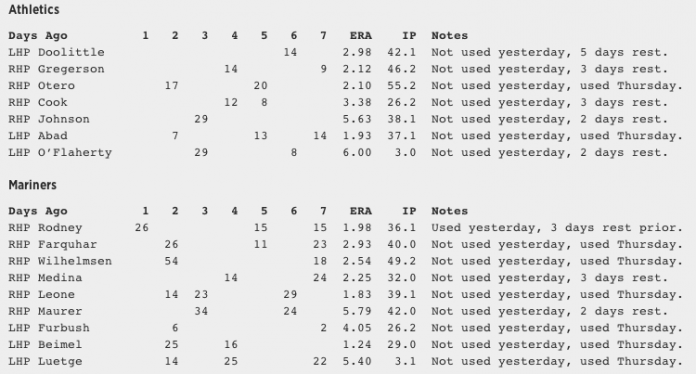 Howdy all! I’ve been in trade mode all day, constantly monitoring AN, Twitter, and Reddit for the inevitable Gray and Alonso trades. If you’re still sour about the return for Doolittle/Madson, behold a true fleecing:

Dbacks are sending prospects Dawel Lugo, Sergio Alcantara and Jose King to the Tigers in exchange for J.D. Martinez.

Yeesh. By the looks of it, the Tigers just got Shelby Miller’d.

Anyway, let’s talk A’s. For game #2 against the Rays, we have rookie old guy Chris Smith taking the mound for his second Major League start. A couple weeks ago, in front of his screaming family, Smith threw a solid game, yielding 3 runs in 6 innings en route to an A’s victory. While Chris Smith probably just represents depth in the big picture, it’s always fun to see a guy perform well in his long-awaited break, and I hope he can keep up the momentum and positivity today. He and his family seem awesome.

On the mound for the Rays is lefty Blake Snell. Winless so far this season, Snell started doing slightly better as the All Star Break approached and is surely hoping to continue that momentum. Maybe the A’s can summon the wherewithal to muster more than a couple hits tonight.