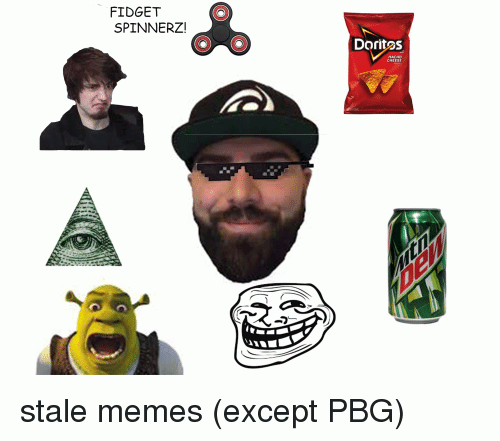 I’ve been listening to a lot of Modest Mouse lately. One of my favorite throwback jams is called Edit the Sad Parts. It’s over seven minutes in length, but the last 41 seconds are pure silence. Presuambly, those are the “sad parts” the group edited out.

If we edited the sad parts from the A’s performance on Sunday afternoon, there wouldn’t be much left to include. Matt Chapman made an incredible play in the second inning that would certainly make the cut.

But unforunately, this was about the only good thing the A’s did. To be fair, it could have been quite a bit worse. The Blue Jays lost by 18 runs today. Eighteen. The Cubs allowed 10 runs…in the first inning!

But in a weird, kind of unexplainable way, the A’s loss almost feels worse. When you allow 10 runs in an inning, or fall behind by 18, you’re really not in the game anymore. At that point, a little league-esqe mercy rule starts to seem like a platform a candidate could be successful on in 2020. But what feels so terrible about the A’s loss is I didn’t feel like the A’s were ever in the game…and they were only down four runs.

The Green and Gold had their share of baserunners, to be sure. Despite only garnering two hits, the offense walked five times and got on base an additional time after a Robinson Cano error. Yet the White Elephants only advanced runners into scored position twice – in the second and third innings.

Those 24 wins? That’s the most all time against the A’s. There’s a scene in Bull Durham where the manager storms into the shower after a loss, throwing bats and yelling expletives. I guess it’s collectively referred to as the “Lollygaggers” scene. After reciting the team’s poor record – 8-16 – the manager asks an apparently rhetorical question: “How’d we ever win eight?” As LaFountain mentioned in the comments – how’d we ever beat Felix nine times?

All right, enough complaining. Enough culture references. Nuts and bolts. The first inning was fast and uneventful. Khris Davis walked to lead off the top of the second. Jed Lowrie then reached on a Robinson Cano error. Cano bobbled a routine grounder and instead of taking a sure out at first, he tried to nab the lead runner. The Mariners ended up getting zero outs on the play. This was the A’s best scoring chance of the game. The next batter, Ryon Healy, grounded into a double play. Following a Bruce Maxwell walk, Matt Chapman struck out to leave Khrush stranded at third.

The Mariners scored their first run in the bottom of the third. With nobody out and runners at the corners, Jean Segura hit a bullet of a groundball to Matt Chapman at third. Chapman had a decision to make. Both Dyson (the runner at third) and Segura run well, but the ball was hit so hard that Chapman could have either taken the double play or cut down Dyson at home. He chose the former. It was probably the correct decision – it was still very early and you have to score one to win anyway, right? Little did we know at the time, one run was all the Mariners would need.

In the fourth, Robinson Cano led off with a double. Then Nelson Cruz homered to make it 3-0. The Mariners added their fourth and final run in the seventh. To add in salt in the wounds of an already painful day, the final run was scored by somebody named Danny Valencia. Aside from the Cruz big-fly, Carlos Ruiz spelled Mike Zunino rather effectively, turning in a 3-3 performance. Jarrod Dyson was also perfect, going 2-2 and walking once.

As mentioned earlier, Felix was terrific. Perhaps the only stain on his statline were the three walks allowed. These walks contributed to an elevated pitch count, and he was removed after six strong innings of work. The pitcher one known as the King returned to his throne, allowing just a pair of hits and striking out eight. The Mariners bullpen allowed two more walks, but zero hits, and a comeback never looked to be on the cards.

Daniel Gossett was not good. He wasn’t that bad; he kept the A’s in the game, but he certainly wasn’t good. Gossett was yanked after 4 and 1/3rd, having allowed five hits, two walks, and the aforementioned Nelson Cruz bomb. He did strike out four batters. Offensively, Jaycob Brugman and Matt Joyce each collected a single hit. Bruce Maxwell walked twice. And that was about it.

One final notable event out of the organization: A.J. Puk earned the save for the Americans in the Futures Game today. Puk, the A’s first round choice in 2016, is currently pitching for AA Midland. Puk was not sharp. He allowed two hits, two runs, and a walk in 2/3rds of an inning of work, but get the save he did.

The A’s don’t play again until Friday when the American League champion Indians come to town. Enjoy the rest of your weekend everyone, and be sure to watch Yonder Alonso in the All-Star Game Tuesday evening!