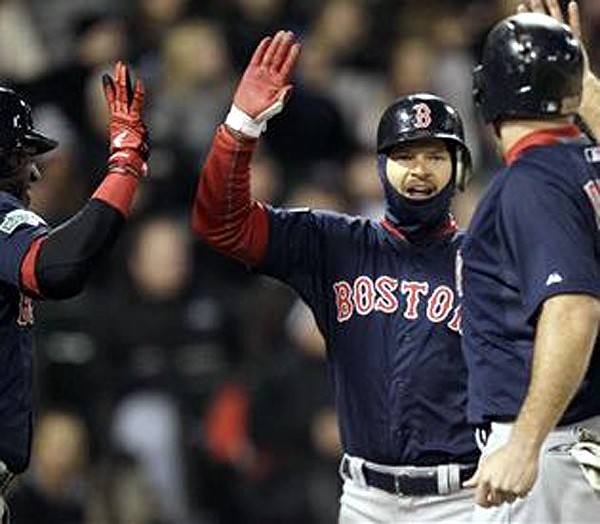 The Nationals hit five home runs en route to a decisive victory in last night’s game, but today was the A’s day. Oakland showcased lots of power, to the tune of four home runs and four doubles of its own in a 10-4 victory. The 10 runs are a season-high.

The A’s were on the scoreboard right out of the gates against Nationals’ starter Joe Ross, brother of Tyson Ross. After Pinder reached first base on a rare catcher’s interference, Jed Lowrie worked a full count and smashed a high and deep fly ball over the right field fence for a two run home run and a 2-0 A’s lead.

Later in the inning, with two outs, Alonso would hit a single against the shift into left field, and Ryon Healy would crush an opposite field home run to right center to double the A’s lead to four.

The A’s kept on rolling in the second inning. At the bottom of the order, Phegley reached by fighting off a tough pitch and dumping it into right field for a single, and after a Matt Joyce walk the stage was set once again for Jed Lowrie. With two strikes against him, Lowrie stroked Joe Ross’ offering into the right field corner for a two run double.

In the third the A’s pushed another run across the plate when Alonso walked and Healy, following in Lowrie’s footsteps, doubled him to third, setting up a run scoring squib shot to third base off of the bat of Vogt. The A’s threatened again later on in the inning but did not score again. In fact, after a rather chaotic first three innings for both teams, both offenses would go silent for the middle third of the game.

Mengden wasn’t given any favors from his defense, and he struggled to locate his offerings at key points in the game, but ultimately he did his job in preserving the lead that his offense gave him. He started off quite well, working a 1-2-3 first inning on a mere nine pitches, but the first would wind up being his only easy frame. The second inning saw the Nationals work continuous long at bats and keep constant pressure on the basepaths, undoing Mengden’s efficient first by forcing him to throw more than twenty pitches by the time the third out was made. A run did score in the second inning, as well, after Adam Lind reached third on a double and wild pitch (that likely should have been blocked better by Phegley) and then scored on a sacrifice fly from Stephen Drew. The Nationals would threaten again in the inning but wouldn’t score, and since the A’s held a 4-1 lead at the time the inning was easy enough to shrug off.

The Nationals did most of their damage in the third. With two outs in the inning, Daniel Murphy hit a pop fly to shortstop, but Chad Pinder, who had already made an error to start off the inning but had the extra baserunner erased on a caught stealing attempt, lost the high fly ball in the sun and the ball landed harmlessly in left field. Had Khris Davis been charging towards the fly ball at the outset of the play, he probably could have caught it for the third out of the inning, but instead the play would go as another “non-error A’s miscue.” Zimmerman followed Murphy’s hit with a single of his own, and then Adam Lind hit a curveball that floated gently into the top-middle section of the strike zone with very little bend and the meatball was crushed over the fence for a home run and the game was very suddenly uncomfortably within reach of the best offense in baseball once again.

Mengden didn’t pitch superbly after the home run, but at the end of the day he didn’t allow any more runners to score before getting removed from the game with two outs in the fifth inning. His line upon his removal was 4.2 innings pitched, six hits, four runs, two walks, and two strikeouts. Mengden’s ERA through his first two starts is still over ten, and he hasn’t shown the deceptive movement on his pitches that made him successful in the first half of his stint in the big leagues last year, but today he pitched well enough to get his team the win.

Relieving Joe Ross was Jacob Turner, who pitched very well in his first three innings of long relief. But in the seventh inning, it was clear that fatigue was starting to set in, and the A’s offense woke up and flexed its power once again. Yonder Alonso and Ryon Healy went back to back to push the A’s lead to 10-4, making it the first multi-homer game of Healy’s career.

A nice, easy win is just what this team needed after the past couple of days. It wasn’t always pretty — the A’s made three total errors on the day and had other miscues on the field as well, and the home runs the team hit offset some poor situational hitting in other moments, but winning is winning, and today’s victory was a decisive one. The A’s will try and earn the series victory tomorrow with Sonny Gray taking the hill.

Today marks the 2nd time in Oakland history the #Athletics had two players with two doubles and a homer (Jackson and Bando, July 20, 1969).